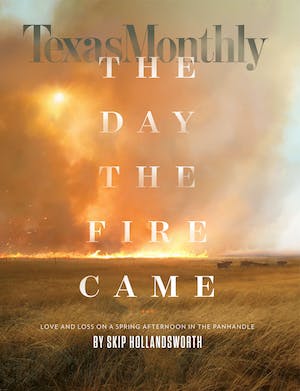 When Sarah Sauer is ready to take a break from throwing one of her German minimalist–inspired ceramic mugs or creating a letterpress card, all she has to do is walk a few feet. She simply steps out from behind her pottery wheel or her nineteenth-century-era printing press and heads into the bedroom of her downtown San Antonio loft. The live/work space enables Sauer to work on either craft at any time, day or night, as inspiration hits.

Sauer started Guten Co. (“Good” in German) in her hometown of Fredericksburg in 2014. A few years later, feeling drawn to a more urban lifestyle, she moved the ceramics and letterpress operation to San Antonio. Soon after she arrived, she began teaching at the city’s Southwest School of Art, where, ten years earlier, she’d trained under master printmakers and mentors Jon and Eléonore Lee. “There is a specific art culture here that is nurturing, not dog-eat-dog,” Sauer explains. “The older generation helps the younger generation get their work shown. There are a lot of artists in San Antonio doing exciting things, and no one is holding connections close to the vest.”

Sauer’s aesthetic in both of her chosen media is clean and understated. Often done in matte shades of black and gray, her pottery reimagines traditional elements, like a handle on a mug that’s elongated or a pronounced spout on a pitcher. “These distinctions make the piece interesting to look at over time, but they also must function well. I never want the user to feel as if they have to baby any of these pieces or be reluctant about pulling them off the shelf—they are meant to be enjoyed.”

You have a strong German heritage. How has that influenced you creatively?

I am a sixth-generation Texan; earlier generations were all born and raised in Fredericksburg. In my adulthood, as I learned more about art and design, I came to love the functionalist art that came out of the past century of German design. I have been specifically influenced by the Bauhaus and how they promoted utilitarian arts that can embody both beauty and function in objects used in everyday life.

I grew up just outside of town on a beautiful piece of land and had a great childhood with a lot of freedom. I am sure that had some bearing on how my creativity formed. I am a die-hard urban dweller now, though. When I grew up, I was excited to move into a city environment with lots of density, people, and noise!

Letterpress seems to be a laborious art form that requires a high skill level. Did you take to it from the beginning?

I wouldn’t say it was love at first sight. You have to be patient and practice before you get a gratifying result. But I enjoyed the challenge of learning, and my fondness came soon after. I tried it for the first time in high school, during an informal class at the Southwest School of Art, but began to take it seriously at art school.

Where did you find your printing press?

It’s a Chandler & Price, made in the 1890s. It came out of a naval frigate that was docked on the Texas coast, used for printing news and war correspondence. It’s a marvel to me the level people would go to, to have correspondence. It was completely covered in rust when I acquired it, and I refurbished it myself.

What’s next for Guten Co.?

I want to see it grow and employ artists with a similar approach to making functional art. At its heart, Guten Co. is a design studio that solves creative problems, and I think collaboration is compatible with that. I’ve spent a few years honing what I want to produce, so I plan to continue scaling up on that foundation I’ve built.

For more information, go to gutenco.com.