If you forgot Willie Nelson’s birthday on Sunday, April 29—wait a second. How could you forget the 85th celebration of the day Texas’s greatest musician was born?! But also, and we think Willie would agree, don’t worry about it too much. As the man himself explained on his SiriusXM radio show a few days ago, he gets two birthdays every year: He was born on April 29, but the county courthouse out in Abbott, Texas back in 1933 didn’t record his just-before-midnight birth until the next morning. As a result, April 30 is also his birthday.

Because he’s one of the more laid-back humans on the planet, Willie and the Nelson family didn’t seem to stress much about the fact that his birthday is both April 29 and April 30—instead, they just celebrate ’em both.

That doesn’t mean that Willie has had 170 birthday cakes in his 85 years, though. According to his daughter Lana, Willie celebrated his birthday on April 29 until he was 18, when he joined the Air Force. Then, after he finally obtained a copy of his birth certificate, he reckoned that he’d been partying on the wrong date, and began telling everyone that his birthday was April 30. It was cousin Mildred—who was 13 when he was born (and who named him Willie because, according to Joe Nick Patoski’s epic book on the Red-Headed Stranger, “she just liked the sound of it”)—who informed him, sometime in the late eighties or early nineties, that he actually was born on April 29. At that point, the Nelsons determined that the best way to handle all of the confusion would be for Willie to just get two days of birthday every year.

And thus April 30, like the day before it, is Willie Nelson’s birthday. If you celebrated yesterday, cool—but raise another to Shotgun Willie today. It is, after all, how the man himself does it. 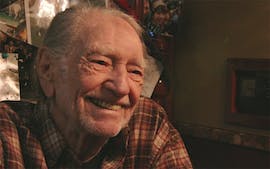 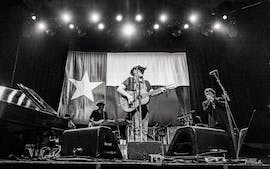