It’s always been hard to know exactly what to do with Ethan Hawke. He’s a talented actor, of course—we’ve seen that on display from Dead Poets Society to Training Day to Before Midnight and beyond, through three decades worth of performances that include four Academy Award nominations (two for acting, two for writing). Yet he’s still something of an underachiever. In the mid-1990s, he was on the Next Big Thing track, an alt-rock heartthrob with acting chops and a dreamy persona that made him an easy leading man in generation-defining movies like Reality Bites and Before Sunrise. It was easy to envision him on the same career path as Ben Affleck or Matt Damon or Christian Bale or Leonardo DiCaprio, as a hot-shot actor who started in his teens and just kept ascending. But while those stars all became critically acclaimed, franchise-helming leading men (and occasionally played Batman), Hawke appeared to have peaked in terms of his cultural relevance around 2001, when he co-starred in Training Day and earned his first Best Supporting Actor nomination.

But now, with a leading role in this spring’s Oscar-bait success First Reformed behind him, a critically acclaimed feature as a director coming in September, and strong lead parts in everything from rom-coms to thrillers coming in his next few films, we might just be witnessing the birth of the Ethan Hawke-aissance.

Hawke’s early career included several leading-man roles as he attempted to become a prestige star. He took on the part of Finn in a contemporary-set remake of Great Expectations in 1998, and of Hamlet in a contemporary-set adaptation two years later. Neither film was a hit, and Hawke perhaps became best known for his collaborations with Richard Linklater. He collaborated with the director and actress Julie Delpy on the stunning trilogy of Before Sunrise, Before Sunset, and Before Midnight (the trio earned a pair of Oscar nominations for the screenplays—which the stars largely improvised—to the latter two films), and spent more than a decade participating in the impressive, multiyear experiment that turned into Boyhood.

Alongside his roles with Linklater, Hawke’s choices in the aughts included a lot of schlock—opposite Angelina Jolie in the psychological thriller Taking Lives, opposite Ja Rule in the remake of Assault on Precinct 13, opposite Nicolas Cage in the ponderous crime drama Lord of War—along with the occasional supporting role in a minor, well-received indie. He gave a fine performance in Sidney Lumet’s final film, Before the Devil Knows You’re Dead, and proved himself a strong member of ensembles in boilerplate crime thrillers. He also launched a second career as a director, starting with the underwhelming 2002 drama Chelsea Walls and continuing with a poorly-received adaptation of his own spotty debut novel, The Hottest State, in 2006, suggesting that an Affleck-like breakthrough as a filmmaker was not in the cards.

As he approached forty, Hawke began to lend his fading star power to horror films, first in the uneven vampire piece Daybreakers and then in collaborations with Blumhouse, the production company run by Jason Blum (with whom Hawke worked in a theater company he co-founded in the early 1990s). He headlined both Sinister and The Purge, which were hits, but he arguably wasn’t integral to the success of either: Hawke didn’t appear in Sinister 2, and despite surviving The Purge, his character wasn’t written into any of the three subsequent films in the franchise.

And that, it seemed, would be Hawke’s career going forward: the occasional crime drama, a horror film here or there, the occasional middling directorial effort, maybe a mid-sized role in an ensemble alongside more successful stars. He gave a well-received performance in the slimly-seen Chet Baker biopic Born to Be Blue in 2015 (and directed the similarly well-received documentary Seymour: An Introduction); in 2016, he teamed back up with Training Day director Antoine Fuqua and star Denzel Washington as the third lead (behind Washington and Chris Pratt) in a remake of The Magnificent Seven; last year, he had a brief role in Luc Besson’s big-budget weirdo sci-fi epic Valerian and the City of a Thousand Planets. All of these roles pointed to a respectable, if unremarkable, career outside of the spotlight.

But this year, things look different for Hawke. His latest directorial effort, Blaze, which tells the story of Austin outlaw country legend Blaze Foley, debuted at SXSW in March to universal acclaim. It currently holds a 100 percent Rotten Tomatoes rating, in advance of its September release. Meanwhile, Hawke’s acting in Taxi Driver/Raging Bull writer Paul Schrader’s First Reformed, which was released in May, is a revelation: a careful character study that he plays with enough deliberate intensity to be an early contender for a Best Actor nomination come Oscar season. His next film, the rom-com Juliet Naked (slated for August), based on High Fidelity author Nick Hornby’s novel of the same name, casts him as a rock star whose career never matched the expectations set by his wunderkind performances in the 1990s. After its Sundance premiere, Hawke’s performance of  the romantic lead was described as “a pure movie star turn.” He’ll follow that up with a lead role in the Blumhouse crime thriller Stockholm; reunite with Pratt on another western, The Kid, where he’s playing famous lawman Pat Garrett; and make his first regular foray into TV by co-starring with Kristin Wiig and Alia Shawkat in the television comedy Sandra (reprising the role he played in the podcast version).

The next year may be transformational for Hawke. It’s possible that he’ll make the Best Actor Oscar shortlist, validate himself as a director, and prove that he can do the sort of romantic roles that the world expected him to deliver 25 years ago when he played the bad-boy heartthrob whom Winona Ryder couldn’t get over in Reality Bites. He’ll follow that with a leading role in a film from one of Hollywood’s hottest production houses, a role opposite superstar Chris Pratt, and a regular part on a prestige cable comedy. Whether there’s a Matthew-McConnaughey-like renaissance in the works or not, Hawke’s career is pointing up as it hasn’t been for decades. After his teen heartthrob years faded into small indie hits and unremarkable supporting roles, we wondered what Hawke’s career could have been. Now, we don’t have to wonder—resurgent as both an actor and a director, it suddenly looks like Hawke’s brightest work is still ahead of him. 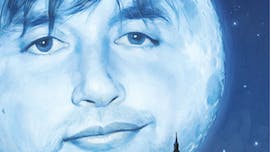 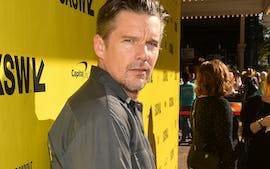 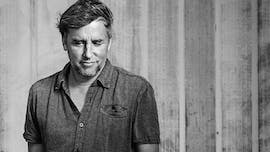