Everyone wants to know how to get to Sesame Street. Bradley Freeman Jr. found a way there.

On March 23, two new muppets joined the cast of the 52-year-old children’s television show: 5-year-old Wesley Walker and his father, Elijah. Freeman, 22, a Brownsville native and self-taught puppeteer who performs the role of Wesley, says the Black family is meant to be a catalyst through which kids and families can learn about an important topic.

“He was brought to the street in an effort to help families, kids, parents, everybody have a difficult conversation about race that a lot of families don’t even know how to approach,” he says.

Freeman traces his own path to Sesame Street back to age five, when he received his first puppet, Matt the Monkey, as a gift. Playing with Matt and watching The Muppet Show led him to fall in love with the world of puppetry. He remembers being captivated by a straight-to-video movie called Kermit’s Swamp Years; his favorite part was the bonus footage that showed performers working on the film. Puppets seemed so much more alive than animated characters, and he couldn’t stop watching.

“It was a feeling of tangibility,” Freeman says. “This sort of cartoon character put into the real world. It was magical.”

Freeman set up a camcorder in his bedroom, connected it to a TV, and started practicing his puppeteering. He also played the drums, did videography, and participated in school and community theater productions—all of which eventually helped him land the Sesame Street gig.

This sort of performance is unlike other acting or voice-over jobs. Puppeteers strive to suspend viewers’ disbelief and communicate real emotions despite the limitations of the form. For example, Elmo’s mouth is the only part of his face that moves, but he can still convey feelings ranging from fear to joy to curiosity. Freeman says the trick is making sure that your voice is telling the story so the audience can feel the mood you want to emote as a performer. 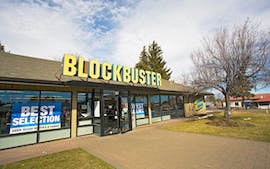 “I did a lot of theater because being a puppeteer is more than just technique. It’s your acting,” he says. “That’s another big reason Sesame has been on for so long. You can give us a funny voice, but nobody’s going to want to watch for fifty-three years.”

On top of emoting, another challenge to consider is that adults are playing these beloved children’s characters. The performers huddle together below the camera’s field of view, performing a complex ballet: they’re simultaneously holding up the puppets, watching the scene on video monitors, reading off lines, and working over each other. Sometimes they roll across the floor on scooters.

In 2018, Sesame Workshop, the nonprofit that produces Sesame Street, held an international puppeteering workshop in New York City to train and scout up-and-coming performers. Freeman attended the workshop and was taught by legends in the business, such as Martin Robinson, who plays Telly Monster and Mr. Snuffleupagas, and Peter Linz, who plays Ernie and Herry Monster.

Over the course of three days, Freeman made connections with many of the performers at the workshop. Then last November, Robinson reached out to Freeman to ask how his puppeteering career was going. At the time, Freeman was juggling classes at the University of Texas at San Antonio with a gig as a singer and musician at a piano bar, plus some digital video work. Freeman sent Robinson a puppeteering demo reel, hoping to get some advice on how to improve it before sending it out.

To Freeman’s surprise, Robinson loved the reel and sent it over to Matt Vogel, a producer on Sesame Street (and the voice of Kermit and Big Bird). After that, things started moving fast for Freeman. Producers on the show contacted him to officially audition. They were looking to cast performers for two new characters. After hours of auditions, Freeman steeled himself for disappointment. After all, this was his first big opportunity, and Sesame Street is the major league of the puppeteering world. Then, while he was Christmas shopping at Target, his phone pinged with an email. It was a producer, congratulating him on landing the job.

“It was like, ‘I didn’t even know how I was going to pay rent last week,’” Freeman laughs. “How is this real now?”

In between his college classes (he graduates from UTSA this May with a degree in communication), Freeman flies to New York City whenever he records for Wesley, working alongside the same actors he’s always looked up to. He says he’s grateful for the opportunity to help kids and families speak more openly about race and racism. In the new characters’ first video, Wesley, his dad, and Elmo talk about how differing melanin levels result in varied skin and hair colors, using the analogy of falling autumn leaves that come in a range of shades. The scene strikes the same matter-of-fact, empathetic tone that Sesame Street has brought to other weighty subjects, such as divorce, disabilities, and homelessness.

Wesley is part of Sesame Workshop’s racial justice initiative, Coming Together, and its “ABCs of Racial Literacy” series. The programming, which is free online, was designed based on research with parents, caregivers, and kids.

“We have experts from different areas around racial justice and child development and the impact of systemic disparities and racism within systems. That gave us insight and direction,” says Jeanette Betancourt, senior vice president for U.S. social impact at Sesame Workshop. “And then we created an educational framework for children around racial justice that helped guide us on what the developmental process should be.”

Freeman grew up in a primarily Hispanic community in Brownsville. He is mixed race, born to a Mexican mom and Black father. Freeman says he didn’t experience explicit racism, perhaps because Brownsville is 93 percent Hispanic. “I did get bullied, but it was for separate reasons,” he says. “It might have been the puppets.”

Following global Black Lives Matter protests last summer, Freeman says he struggled to cope with all of the conversations surrounding race. Friends texted him out of nowhere wondering how he was doing, and he witnessed social-media posturing that seemed more theatrical than authentic. But then Wesley came into his life, and the character’s journey on the show began working in tandem with his own.

“Now with Wes, he’s experiencing the exact same thing that I was experiencing that summer. When he’s hearing about these things and how people are being treated differently than him or his dad just because of the way they look, he’s angry and also confused because he’s got a lot of big feelings and he’s five,” Freeman explains. “We’re going through the same things as they’re happening.”