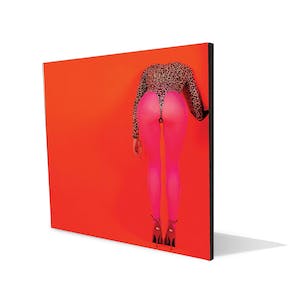 Although Dallas’s Annie Clark—known as St. Vincent to the faithful—has long been an evangelist for face-melting guitar shredding, it took some time for her to figure out a musical identity worthy of her virtuosity. It wasn’t until the 2014 release of her self-titled fourth LP that she stopped genre-hopping and unveiled what appeared to be the quintessential St. Vincent: eleven tracks of unyielding art pop that earned her the Grammy for best alternative album. After a decade as a solo artist, Clark had finally figured out who she wanted to be when she grew up.

Or so it seemed. On Clark’s fifth album, Masseduction (Loma Vista Recordings), she casts off track-to-track consistency and once again darts between styles. In the space of three consecutive songs, she pivots from brooding, Depeche Mode–style electronica to a piano-driven ballad with weeping pedal steel and then to a glitzy piece of high-octane pop that bears the imprint of co-producer Jack Antonoff, who’s recently worked with Taylor Swift and Lorde.

Clark spent months in seclusion writing Masseduction, which she describes as largely autobiographical; the lyrics grapple with feelings of anxiety and anguish. But it’s the music’s frantic shape-shifting that’s most revealing. By album’s end, the nature of her canonization has become clear: St. Vincent is the patron saint of chaos.