The Texas Music Hour of Power, a throwback radio show featuring a musical mishmash as wide-ranging as Texas music itself, lives up to its billing every Saturday night. From a “secret location in an unmarked cave on the wrong side of the Rio Grande,” host Joe Nick Patoski (formerly of Texas Monthly fame, recently the author of Austin to ATX: The Hippies, Pickers, Slackers & Geeks Who Transformed the Texas Capital, and ever the potentate of Texana), spins Western swing, country, conjunto, jazz, blues, Tejano, swamp pop, zydeco, and other indigenous music in what never fails to be two-hours of toe-tapping fun. Look for it Saturday nights from 7 to 9 p.m. on KRTS 93.5 FM in Marfa, KRTP 91.7 FM in Alpine, KDKY 91.5 FM in Marathon, and KXWT 91.3 in Odessa-Midland-Notrees—or, if you’re not lucky enough to find yourself way out in West Texas, on www.marfapublicradio.org. (Find the TMHoP archives anytime here.) As Patoski says, “It’s time to put on your party pants… or not.” That choice is yours, but whatever you do, make sure you tune in and join the fun. It’s Saturday night, y’all! 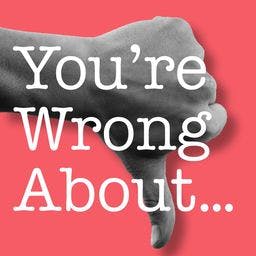 Anna Nicole Smith was an icon of the 1990s—an emblem of American reinvention, of tacky celebrity, of gold-digging and white trash. But Smith’s story is now being reexamined within its context, much like the narratives of other maligned women of the decade: Tonya Harding in Oscar-winning I, Tonya; Monica Lewinsky in the second season of the Slow Burn podcast; Lorena Bobbitt in the Lorena documentary series on Amazon Prime. In the You’re Wrong About… podcast, hosts Sarah Marshall and Michael Hobbes look back at cultural moments and characters, largely from the 1990s and early 2000s, that listeners would do well to reevaluate today. The two journalists are in fine form when talking about Smith: What were the circumstances that prompted her trajectory from a waitress in Mexia to a Playboy Playmate to a national punchline? What did it mean for Smith to be a striver, and why did the nation disparage her for it? Listen to Marshall and Hobbes talk through Smith’s story, and then follow up with some Texas Monthly classics mentioned in the episode: Mimi Swartz’s 1994 “How to Marry a Millionaire,” about Smith’s rise, and Pamela Colloff’s 2002 “The Trick Is Not to Act Like a Lawyer,” about Rusty Hardin’s role in Smith’s downfall.

If you live in a Texas city, you have probably watched in wonder over recent years as most major thoroughfares have become lined with blocky mid-rise apartment buildings. You know the ones: four to six stories, occupying most of a city block, usually with some bland retail space on the first floor and colorful modern cladding for that edgy urban look (or perhaps some Tudor details in the suburbs). Bloomberg’s Justin Fox set out to discover why this happened. It turns out the style is informally referred to as a “five-over-one” in the building industry, and its most important attribute is the cheap construction material: wood. The article is full of fun details to drop in conversation: where the style began (Los Angeles in 1996), why there’s a particular building configuration known as the “Texas doughnut” (it has to do with how much parking space we demand), and how flammable five-over-ones are. Besides, the article is worth a read for the photos alone. It was all shot in Texas and looks like… everywhere else.

The Vibrant Conceptual Photography of the Voorhes

Branded as a creative studio, husband-and-wife team Adam Voorhes and Robin Finlay focus on conceptual photography, and they’re damn good at it. Much of their Instagram content is still life photography that seems blasphemous to call “still,” as they bring so much motion and vibrancy to the genre, like a shot of a Dunkin’ Donuts coffee cup landing forcefully on a donut or groceries cascading from a Whole Foods shopping bag. You’ll find yourself stuck in their grid for hours, fascinated by the sets Adam, Robin, and their team construct in their south Austin studio, unable to peel your eyes away from their surreal behind-the-scenes videos. My personal favorites are the ones in which they rig objects to explode, like a succession of pastel birthday cupcakes, lit candles and all. 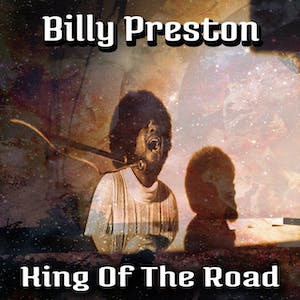 As a kid, whenever my dad would play an Eric Clapton concert DVD, I would run down the stairs as fast as possible. As the camera panned across the stage, my gaze would remain fixed not on Clapton but on the animated face of keyboardist Billy Preston, who worked with a long list of legends, including the Rolling Stones and the Beatles. When his “Will It Go Round In Circles” came on, I would dance around the living room, wishing that I knew the Houston-born gospel, funk, soul, and rock musician personally so he could teach me to love music the way he did. Although his recently released instrumental album, King of the Road (January 21) doesn’t include his voice, it nevertheless showcases the robust feeling he brought to his music. Listening to the songs “My Girl” or “Eight Days a Week,” I can picture Preston sitting at his piano, swaying back and forth, scrunching his shoulders and nodding at the tempo, a smile perpetually on his face. When he died in 2006, I was heartbroken, but with King of the Road, I feel like I’m eleven again, dancing across my living room.