A warning, dear readers: This week I recommend to you something I know you’ll hate, the Matthew McConaughey island noir Serenity. Released earlier this year to widespread critical ridicule, I’m pretty sure the only people who like it are me and the film’s co-star, Anne Hathaway. Serenity follows sad, drunk fisherman Baker Dill (McConaughey), and the narrative hinges on a major third-act twist that is so lazy and obvious it can fittingly be described as “the WORST” (in Jean-Ralphio voice). Weirdly, however, that idiotic reveal makes elements of the first two acts—in particular the pacing, the visual tone, and the actor’s bonkers choices—seem kind of brilliant. I can’t tell you why without spoiling it. And if I do that, you’ll never want to see this terrible, wonderful movie.

Sharon Van Etten’s not a Texan, but the standout track on her most recent album (easily one of the year’s best) got a reimagining this week as a duet with Norah Jones, who grew up in North Texas. The two come from different schools of pop, with Jones making her name as a jazz-flecked chanteuse and Van Etten coming from a DIY indie rock background. Yet their styles converge nicely on the remake of “Seventeen,” which features Jones’s gentle keys and wistful vocals intermingling with Van Etten’s reverb-drenched guitar and voice, turning the “melancholy” quotient way up in a song that sounded like a triumph in its original interpretation. I possess a substantial appetite for melancholy reflections on being a teenager, and I expect I might end up listening to this version of “Seventeen” as many times as I listened to the original track. 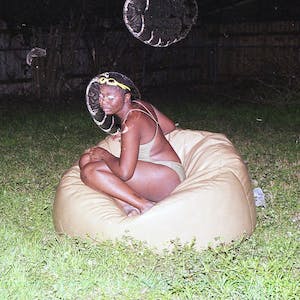 There’s gratification in listening to an artist who speaks to part of yourself that you haven’t fully explored. The soothing vocals and guitar of Austin-based Christelle Bofale’s debut EP, Swim Team, washed over me with the kind of tranquility that comes from acknowledging, not ignoring, heartache and fear. On the track “Origami Dreams,” she sings of the disappointment of an all-too-brief relationship, and in “U Ouchea” she drops gems like “I’m glowing with fear/I’m pregnant with fear” across seven-and-a-half minutes of tonal shifts and dreamy chords. The Congolese American singer, songwriter, and guitarist credits her culture and family with shaping her musical education from a young age. Bofale’s first show as a headliner, a performance at Austin’s Mohawk on October 2, revealed a gentle dexterity to her voice that I hadn’t fully appreciated while listening to her EP. As I swayed along with the crowd, I wondered if what I was feeling was similar to the effects of a sound bath—that is to say, I felt a little happy, a little sad, and accepting of it all. As a special treat, Bofale’s last song of the night was a cover of Roberta Flack’s “Feel Like Makin’ Love” with her two opening acts, Vonne and Blumoon’s Kendra Sells. As the three black girls performed on stage, I was warmed by the thought of the new wave of music that young artists like them have in store for us. 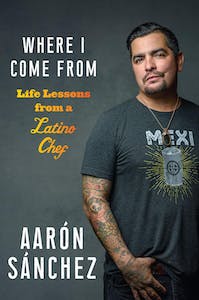 Aarón Sánchez is an El Paso native, chef, restaurateur, and more recently, a judge and co-host on reality TV competition Masterchef. In his new memoir, Where I Come From: Life Lessons From a Latino Chef, Sánchez details the story behind his passion for cuisine, the influence of his family history in his cooking, and what he’s learned on his journey to fame. Texas Monthly interviewed Sánchez in 2016, and if that’s a taste of what’s in the book, then you might be tempted to devour it in an entire sitting.