Since Normani released her song “Motivation” earlier this month, it’s been stuck in my head every single day without fail. The retro pop song, cowritten by Ariana Grande, pays homage to nineties and aughts R&B singers while also situating itself perfectly in today’s contemporary scene, with everyone from Cardi B to Missy Elliott giving it their stamp of approval. The vocalist and former Fifth Harmony member was born in Atlanta, and her family relocated to New Orleans and later Houston after Hurricane Katrina. Since going solo, she’s more than proved that she’s able to stand alone. In the song’s accompanying music video, she wows with complex choreography (including a certain move with a basketball that’s already sparked the #NormaniChallenge online) showing why she’s been compared to a “Crazy in Love”-era Beyoncé. 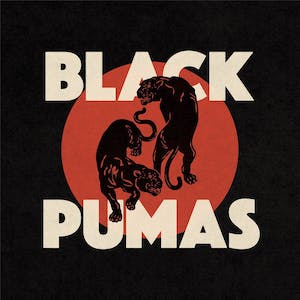 Black Pumas’ story began when a busker dialed a Grammy winner and sang over his songs on the phone. The guitarist and producer Adrian Quesada, best known for his work with the Latin funk group Grupo Fantasma, had a new batch of instrumental tunes that have been described as “Wu Tang Clan meets James Brown.” He just needed a singer to complement them. Eric Burton, a Los Angeles native who had just found his way to Austin, was singing daily on the corner of Sixth Street and Congress Avenue. On the phone, Burton started crooning over some of the instrumentals. Soon the two were in the studio, and on that first day, they recorded “Black Moon Rising” and “Fire,” songs that would become the first singles from the newly minted band’s debut album.

Almost immediately, their weekly residency at Austin’s C-Boys saw lines wrapped around the block, and Rolling Stone named them one of the best bands at SXSW. But even if you can’t catch them live (they’ll tape an episode of Austin City Limits this weekend), check out their self-titled album for soul music that grooves like it’s from the sixties.

‘Not’ by Big Thief

Big Thief is based in Brooklyn, but lead guitarist Buck Meek is a Wimberley boy, so I think we can claim ’em. The quartet is on a tear right now, having just announced a new album to come this fall, Two Hands, their second of the year (making them the Ariana Grande of the indie world). That’s good news for all music lovers. Nobody is writing more beautiful songs than lead singer Adrianne Lenker right now, with lyrics so provoking it makes me wonder if this is how teenage boomers felt when the first Simon & Garfunkel albums came out.

The first single off Two Hands is no exception. Electric, impassioned, and exploratory, “Not” is Big Thief at its best. The song’s propulsive, locomotive-like melodic structure invites head bopping and Lenker’s lyrics, presented as a running list of all the things “it” is not, inspire introspection about the misguided way we look outside of ourselves for meaning and reason. If you don’t get that I don’t know what to say. It’s art, man.

Hailing from West Texas and now based in Philadelphia, Erika Duran Scrocca is an artist who culls inspiration from her desert roots. She’s known for her hand-embroidered patches that capture Southwestern imagery—cacti, sunsets, scorpions, and the like—but she’s expanded her work to include bandanas, pins, keychains, and prints too. Her shop, Eradura, is full of goods that fuse material and immaterial elements of the desert (if you’ve ever been out to West Texas, you know it’s a place that can feel mystic). To keep up with her latest projects or marvel at her craftsmanship, check out her Instagram to see photos of her process, new sketches, and close-ups of finished products.