If you’re anything like me, you love watching cooking videos on social media without actually cooking much in real life. After falling into the endless trap that is Bon Appétit’s YouTube channel and seeing food writer Priya Krishna demonstrate recipes from her upcoming cookbook Indian-ish, I was delighted to learn she grew up in Dallas. (She’s written about Texas food obsessions, too, like how H-E-B became our state’s favorite store and the “cultiest cult grocer in America.”) Krishna’s Instagram account is filled with behind-the-scenes looks at her culinary adventures, from documenting a kolache road trip across Texas with her family to her partner Seth making labor-intensive saffron-cardamom doughnuts. The desserts they create may not seem attainable for novice bakers, but it’s fascinating to get an up-close, informal look at how those fancy treats that you usually find in a display case are made. Besides, the personal touches—like Priya joking about how Seth loving his stand mixer more than anyone else and the pair taking a gym break while the croissant dough rises—make you root for them to succeed on their baking adventures.

“Rock Awhile” by Goree Carter and His Hepcats, One of the Very First Rock and Roll Songs

Some of my favorite rock and roll songs were written in a flash, purely on inspiration, whether in the studio (“Song 2”), onstage (“What’d I Say”), or during a soundcheck (“Seven Nation Army”). So it makes sense that quite possibly the very first rock and roll song of all time was written that way, too. Back in 1949, a young Houston guitarist named Goree Carter had a recording session in a small local studio. He needed another song, so on a lunch break, the eighteen-year-old dashed off “Rock Awhile,” an irresistible tune with a relentless boogie woogie beat, carried by a drummer who careens madly and a sax player who honks hard and then bizarrely dips into the melody from “Jingle Bells.” What sets “Rock Awhile” apart—what makes it historic—is Carter’s guitar. Its sound is distorted, driving, and playing a riff that sounds like it was ripped off from Chuck Berry—except “Rock Awhile” was recorded six years before Berry ever went into a studio. While Berry’s “Maybelline” and “Johnny B. Goode” became founding documents in the history of rock and roll, “Rock Awhile” went nowhere. Carter was drafted and served in Korea during the war, and failed to ignite his career when he returned. He died in obscurity in 1990 at age 59, in the same house where he was born. But he left behind a moment of pure inspiration, a piece of history that will make you feel good every time you listen to it. 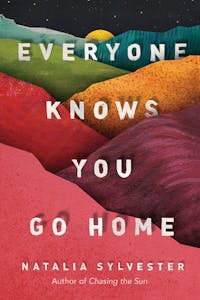 I couldn’t put down Natalia Sylvester’s latest book, Everyone Knows You Go Home, a multigenerational tale of the trauma of border crossing and the existential and very tangible struggles of the immigrant experience. The Austin-based author, who emigrated from Peru as a child and grew up partially in the RGV, opens the novel with one of its protagonists seeing a ghost. The whole book is haunted with them—but it’s also a story of family and the sacrifices we make for the ones we love.

A few decades had passed between my years of listening to “Weird Al” Yankovic when my own kids requested that I watch a few new-ish “Weird Al” videos, and I have to admit: I wasn’t exactly excited to enter that rabbit hole. “Eat It” was a dim memory stuffed in a mental file with Madonna and elementary-school spelling tests. But when my youngest thrust YouTube in my face featuring the “Weird Al” version of Chamillionaire’s 2005 “Ridin’ Dirty,” which Yankovic had turned into “White and Nerdy” back in 2006, I was forced to reevaluate my reluctance.

First in my class here at M-I-T
Got skills, I’m a champion at D and D
M.C. Escher, that’s my favorite M.C.
Keep your 40, I’ll just have an Earl Grey tea
My rims never spin, to the contrary
You’ll find that they’re quite stationary
All of my action figures are cherry
Stephen Hawking’s in my library

While I’m not sure I had to hear the song 100 times, as my kids insisted on doing, I did welcome the first dozen listenings. Bonus: There’s a nice Key & Peele cameo in the video. 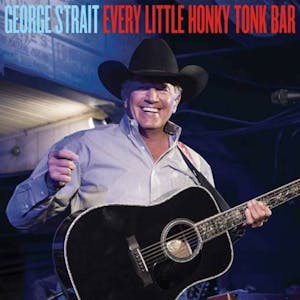 The King of Country has come out with another one, with the welcome promise of more to come. “Every Little Honky Tonk Bar” is George Strait’s latest single, released in advance of his upcoming album, “Honky Tonk Time Machine.” Until the full album comes out on March 29, I’ll be listening to this song’s upbeat groove on repeat. “Every Little Honky Tonk Bar” is classic old-school Strait: twangy with a bounce-around tune, on par with his 2010 hit “Here for a Good Time.” Co-written with his son Bubba, Strait picks up the enduring theme of the good ol’ country bar, wrapping the song in the telling opening and closing lyrics: “Whiskey is the gasoline that lights the fire that burns the bridge.” Until I find myself at a honky tonk bar or Strait’s show at the Houston rodeo (March 17), this little number offers the perfect fix of Texas country.

The Waco Fire Is Still Burning