The Long Dumb Road, which screened on Friday night as part of the Austin Film Festival, is director Hannah Fidell’s third feature since breaking through in 2012 with the Sundance and SXSW hit A Teacher. The filmmaker isn’t a Texan  these days—she’s from Indiana, and lives in L.A.—but she spent two years early in her career in Austin (which she described as the best years of her life, as she introduced the film at the Paramount Theater on Friday). The Long Dumb Road is definitely infused with a love of the landscape you’ll see as you make your way out west on 290 to I-10, winding your way through West Texas and out to New Mexico and beyond on the journey to Los Angeles.

The film stars Tony Revolori, who found his breakout role in Wes Anderson’s The Grand Budapest Hotel and who plays Flash Thompson in the current Spider-Man franchise, as teenage photographer Nat, who’s making his way to an unspecified art school in L.A. on a solo road trip across the desert in a run-down minivan. Early on in his journey, he encounters a snag when he can’t get the car to start after filling up the tank at a service station in Fort Stockton. Walking to a nearby mechanic, he encounters Richard (Jason Mantzoukas), who’s getting fired from his job. Richard offers to fix Nat’s car, and the two strike up a quick friendship—Richard repairs a loose hose, and Nat offers him a ride to Alpine, where Richard intends to catch the Greyhound to Vegas.

Things don’t work out that way, and Nat—who enjoys the company, and who, as an upper-middle class kid, enjoys being around someone like Richard, whom he describes as “real”—offers to take his new companion further along with him on his trip out west.

The film spends its first act in Texas, as the two bond over a bar fight in Marfa and Richard condemns the trailers at the boutique El Cosmico hotel (“I spent my whole life trying to get out of a trailer park,” he says) as they drive past mountains on their way to Las Cruces, New Mexico. Once they get there, things take a turn—Nat, who has encouraged Richard to visit a long-gone lover from his distant past, learns that even outsized personalities like his road trip companion still experience genuine feelings. It’s all fun for Nat when Richard’s outbursts result in throwing sucker punches at aggressive dudes in small town bars, but when the visit to the ex-girlfriend in Las Cruces ends with a emotional Richard, it gets a little too real for the incoming college freshman.

The Long Dumb Road is a comedy, full of gags like getting revenge on a nemesis by pooping on their porch, but there’s more to it than laughing at uncouth Richard or naive Nat. Beneath the comedy, the movie offers a smart representation of how people from different social classes see and treat each other. Both Nat and Richard have a hard time seeing each other as full people, and they’re both aware of how the other perceives them. Nat wants more wild stories from the crazy guy he picked up hitchhiking, while Richard wants a free ride, free beer, free hotel rooms, and free meals from the kid whose parents gave him a wallet full of cash before he left Austin.

Fidell, who’s a smart filmmaker, rolls all of this out slowly. The two start off as fast friends and an unlikely duo, as the film inverts the Planes, Trains, and Automobiles formula of an odd pair thrown together who grudgingly learn to care for each other before the inherent tensions come out. During a post-screening Q&A, Fidell explained that she and co-writer Carson D. Mell (HBO’s Silicon Valley) approached the script with an eye for both humor and the drama of her earlier work. “He brought the jokes, I brought the stakes,” she said. That process pays off. Mantzoukas, a comedian who primarily plays “agent of chaos” characters in shows like The League and Brooklyn 99, finds an emotional heart to Richard, even as he acts in ways that are totally foreign to Nat. He’s a hot mess, but one with feelings, and the film takes those feelings seriously.

The film nods to the tropes of road trip movies—at one point, by sheer plot contrivance, Nat and Richard meet their exact female counterparts in a bar in New Mexico—but the movie mostly explores the relationship between the two guys, who spend the movie learning to see each other as real people. It’s a comedy, but the jokes are always in service of revealing character, and Fidell, whose films have never gravitated toward easy answers, is more interested in elliptical endings than easy gags with tidy conclusions.

The Long Dumb Road is a Texas movie in a few ways. There aren’t many films that spend as much time in West Texas as it does (one film that does, Hell or High Water, featured many of the same shooting locations), and Mantzoukas’ Richard is a striver who longs to escape that part of the state and get on to the excitement of Vegas, L.A., or any other place that feels nothing like Fort Stockton, a type of character familiar to anyone who’s spent time in one of the more isolated corners of Texas. But beyond its Texas ties, the themes explored in The Long Dumb Road are relatable no matter where they’re set. (Viewers across the country will be able to see in theaters in early November.) The Austin Film Festival gave locals a chance to catch it early, but the film—like the filmmaker who spent a couple years in Texas before moving on—seems destined for more. 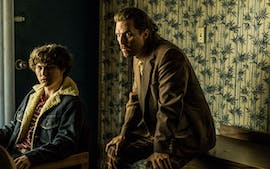 Ten Movies With Texas Ties You Should Watch This Fall 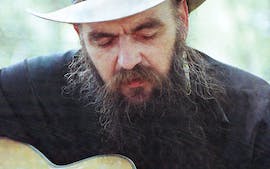 The Blaze Foley Biopic, Through the Eyes of His Greatest Muse 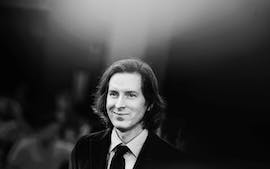