Nearly a quarter century  in, the best you can hope for from a new Old 97’s album is more of the same. That’s not a slag; it’s an endorsement of consistency. The band’s new Graveyard Whistling (ATO Records) piles high the signature moves, including “Jesus Loves You,” a compendium of drunken pick-up lines, in which Rhett Miller offers up what God’s son won’t: “He’s got the whole world in his hands / I’ve got Lone Stars in cans.” The rest of the set is proof that there can be vitality in repetition, valor in sticking with the horse that brought you. We should all age this gracefully.
—Andy Langer 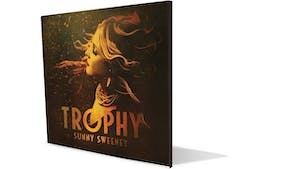 “I feel like Hank Williams tonight,” Sunny Sweeney sings on her fourth album, Trophy (Thirty Tigers, March 10), which offers plenty of examples of the Houston native’s kinship with the country stalwart: among other things, she has a penchant for rambling and is given to laments over her tendency toward self-medication. Still, Sweeney’s piercing, East Texas–accented voice lends itself to more than honky-tonk confessionals. The raucous throb of “Better Bad Idea” evokes those late nights when she’s dancing on top of the bar—and probably not to Hank Williams. —Abby Johnston 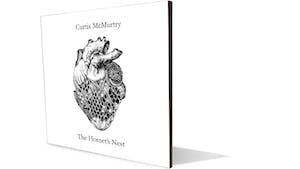 On his sophomore album, The Hornet’s Nest (self-released), Curtis McMurtry continues his family’s tradition of storytelling on thirteen tightly woven vignettes of betrayal, cowardice, and heartbreak. But the Austin songwriter’s music is anything but traditional, offering a synthesis of folk, jazz, and chamber music. There’s plenty of acoustic guitar and banjo here, for sure, but also trumpet, atonal melodies, and the album’s secret weapon: the cello playing and spectral harmonies of Diana Burgess, of the Austin indie-classical band Mother Falcon. —Christian Wallace

Don’t ask us why, but L.A.’s advertising industry is the new breeding ground for honky-tonk music. First came Sam Outlaw’s beloved Angelino, and now another California adman is playing cowboy. But even though AJ Hobbs has 500+ LinkedIn connections, you wouldn’t know it listening to his debut, Too Much Is Never Enough (Booker Records). Instead, you hear wordplay, songcraft, an ace band, country-soul grooves that invoke Shotgun Willie and Sturgill Simpson, and twang that summons Hobbs’s Lone Star family roots. He can’t exactly sing the working-man blues, but he’ll leave you quoting another dance hall staple: “That’s right, you’re not from Texas, but Texas wants you anyway.” —Max Marshall