In one of the first scenes of Diane Paragas’s film Yellow Rose, protagonist Rose Garcia (played by Tony Award nominee Eva Noblezada) goes on a date with a boy named Elliot (Liam Booth). The pair gallivant through the streets of downtown Austin, and they experience the city’s nightlife for the first time (with the help of fake IDs). But Garcia’s world is shaken the moment she returns home. While sitting in the parking lot, she witnesses ICE agents burst through her motel room’s door and arrest her mother, Priscilla (played by Princess Punzalan).

Yellow Rose follows Garcia, a young Filipino-American girl who aspires to become a country music star, as she moves through Austin with the constant fear that she could also be detained and deported by ICE. After making its debut earlier this year at Los Angeles’s Asian Pacific Film Festival, the movie touched down in its home base this week at the Austin Film Festival on the heels of its recent acquisition by Sony Pictures. In November, it will also be screened at the Houston Cinema Arts Festival.

Director Diane Paragas—who attended the University of Texas at Austin—says the film is a love letter to her memories of growing up in Lubbock. “I wanted to show the world my vision of Texas,” Paragas says. “Although at times I felt like an outsider, there were always friendly allies in the mix. Since I went to college at UT but lived a majority of my adult life in New York City, it was very much like coming home for me.”

Yellow Rose was shot in Austin over two weeks in 2018, during a “long, hot summer,” as Paragas describes it. But the film itself has been in development for fifteen years. When Paragas first started writing the story, she struggled with settling on the right approach. Eventually, she took a break from the script for a few years and worked on other projects (including her first feature documentary, Brooklyn Boheme) before revisiting Yellow Rose. In 2014, Paragas released a shortened version of the film with the intention of expanding it to a feature film, which she co-wrote with Annie J. Howell and Celena Cipriaso.

To give the film an accurate representation of the Texas capital’s music scene, all of Yellow Rose‘s original music culled inspiration from 1960s and 1970s-era country, notably Loretta Lynn, Patsy Cline, and Texas native Willie Nelson. The film also stars Dale Watson, known for his “Ameripolitan” style of music; he plays himself in Yellow Rose. Not only were Watson’s original songs featured in the film, but portions of it were also shot at his house, recording studio, and at the Broken Spoke—a lively dance hall that’s been an Austin mainstay since 1964, and where Watson and countless others have performed. 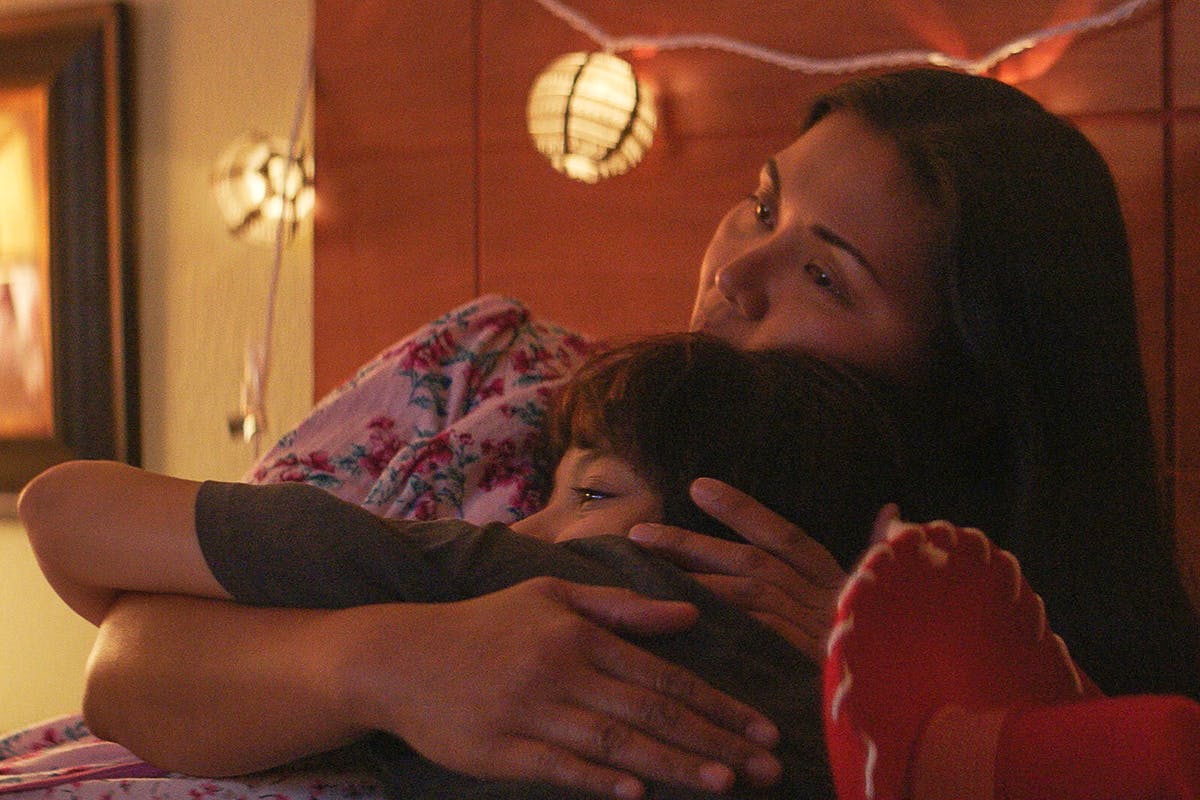 The Broken Spoke, one of the many Austin locales that Garcia finds temporary solace in, has a heightened importance in Yellow Rose. When we first meet Garcia, she’s living out of a motel in Austin with her mother, who works as a maid. After her mother gets detained, Garcia makes her way to the house of her aunt Gail (played by Lea Salonga) before migrating to the Broken Spoke. The bar’s owner, Jolene (played by Libby Villari), takes Garcia under her wing, and eventually she connects with Watson. From there, a friendship and mentorship blooms—one that plays a significant part in what pushes Garcia to follow her dreams as a singer, despite the tribulations she faces.

During her time at the Broken Spoke, Garcia works at the bar to earn her keep and befriends Jose (played by Gustavo Gomez), an undocumented immigrant who’s taken shelter there as well. While it temporarily serves as a refuge for Rose, a close call with an ICE agent causes her to uproot from her residence. While Garcia grapples with that, and with her mother being stuck in a detention center, she turns to music as a form of escape. “Despite what was happening around her, [Garcia] found comfort wherever she could,” Noblezada says.

In this way, Austin is at once Yellow Rose’s setting, a standalone character in the film, and a critical intersection for a young person interested in pursuing music. “It is my hometown, and you see my home,” Watson says. “Since the film revolves around somebody starting out in music, [Austin] is the perfect casting.” Watson also praised Noblezada’s performances of several songs in the film, particularly “Square Peg”—a powerful ballad that Garcia sings throughout the film’s progression, which is about feeling like an outcast. “If it’s not a hit, I’ve never heard a hit in my life,” Watson said. “She just sold that song.”

Aside from the film’s immersion into Austin’s music scene and nightlife, the heart of the film probes the complexities of immigration, chosen family, and belonging. “It’s not a red film or blue film,” Watson says. “It’s about one person and how she deals with these circumstances. There’s a lot of different things in this movie people will identify with on a universal level.”