Austin Parks & Recreation Department invites you to learn more about the remarkable lives of our forebearers and the historic cemeteries where they rest.

People looking at cattle in front of the Joe Lung Cafe, circa 1945. Joe Lung (right) is pictured here with two of his children in front of a livestock display, a customary practice for restaurants to attract customers back then.
‍Photo courtesy of Austin History Center, Austin Public Library.

Asian Americans have lived in Austin since its early years and shaped our city into what it is today. Look for QR codes around our historic cemeteries to learn more about these pioneering Austinites. 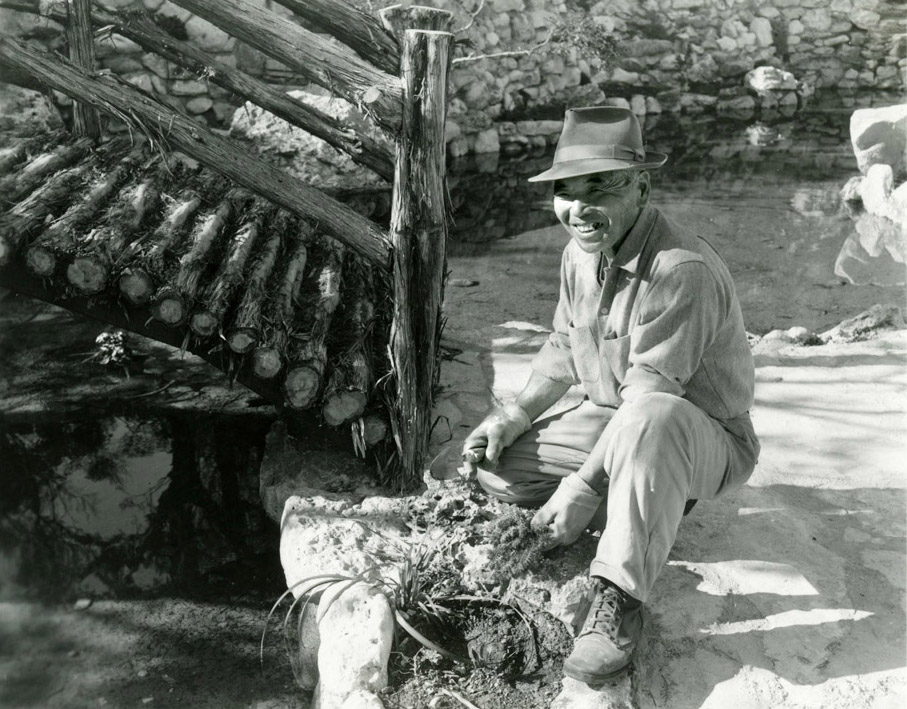 Isamu Taniguchi was born near Osaka, Japan and immigrated to California as a teenager. Already skilled in raising bonsai trees, he turned to farming, raising fruit, vegetables, and cotton. In 1942, Taniguchi, along with thousands of other Japanese Americans, was forced into a Texas internment camp during World War II. He was separated from his family for 4 years before finally being released. After reuniting his family, he attempted to return to their farm in Brentwood, California, but anti-Japanese sentiment in the area forced them to relocate. They ultimately set out for the Texas Rio Grande Valley where acquaintances from the Crystal City internment camp invited them to settle.
‍
Upon his retirement in 1967, Taniguchi moved to Austin to be closer to his son, Alan Taniguchi, then dean of UT’s School of Architecture. Unable to remain idle for long, Isamu expressed his desire to create a garden dedicated to peace for the city of Austin. Alan and Isamu were able to strike deal with the Austin Area Garden Council and the Austin Parks and Recreation Department for 3 acres of land where Isamu would labor for 18 months—mostly alone—to create the Taniguchi Japanese Garden that we enjoy today. Isamu Taniguchi is buried at Austin Memorial Park Cemetery.

Starting in 1869, thousands of Chinese workers came to Texas to take advantage of the critical labor shortage that prevailed throughout many of the southern states following the Civil War; many Chinese laborers found work on the Houston and Texas Central Railroad, the Texas and Pacific Railway, and the Southern Pacific Railroad lines. Twelve-year-old Joe Lung was among them. Later, when construction on the Houston-Dallas line was suddenly terminated, most of the laborers left the state. Lung and his brother remained, however, and opened a restaurant in Austin in 1899 called Joe’s Cafe.

The cafe became a popular Austin staple, serving simple vegetable and steak dinners for twenty-five cents. They also offered typical American cafe food like stew, chili, sausage, and seafood. If a traveler was visiting Austin for a short time period, they trusted Lung to hold their earnings in his safe at the restaurant.
‍
Lung also acted as an unofficial bank for those who could not get loans from local banks, most often Mexican Americans and African Americans. He offered the same interest rate as local banks, and in some instances, he would loan up to $1,000 at a time—the equivalent of over $30,000 USD today.
‍
Even after Lung’s passing in 1926, his family continued to feed Austin for generations. It began with Joe’s Cafe, and his son opened Lung’s Chinese in 1945. Later, they opened Cocina del Sol Mexican restaurant in 1974. Following in his father’s and grandfather’s footsteps, Lung’s grandson (also named Joe) opened a chain of sandwich shops simply called Joe’s in the 1960s. While all of the restaurants have since closed, Joe Lung and his family left an important legacy of Chinese entrepreneurship in Austin. Lung is buried in the Oakwood Cemetery Annex. 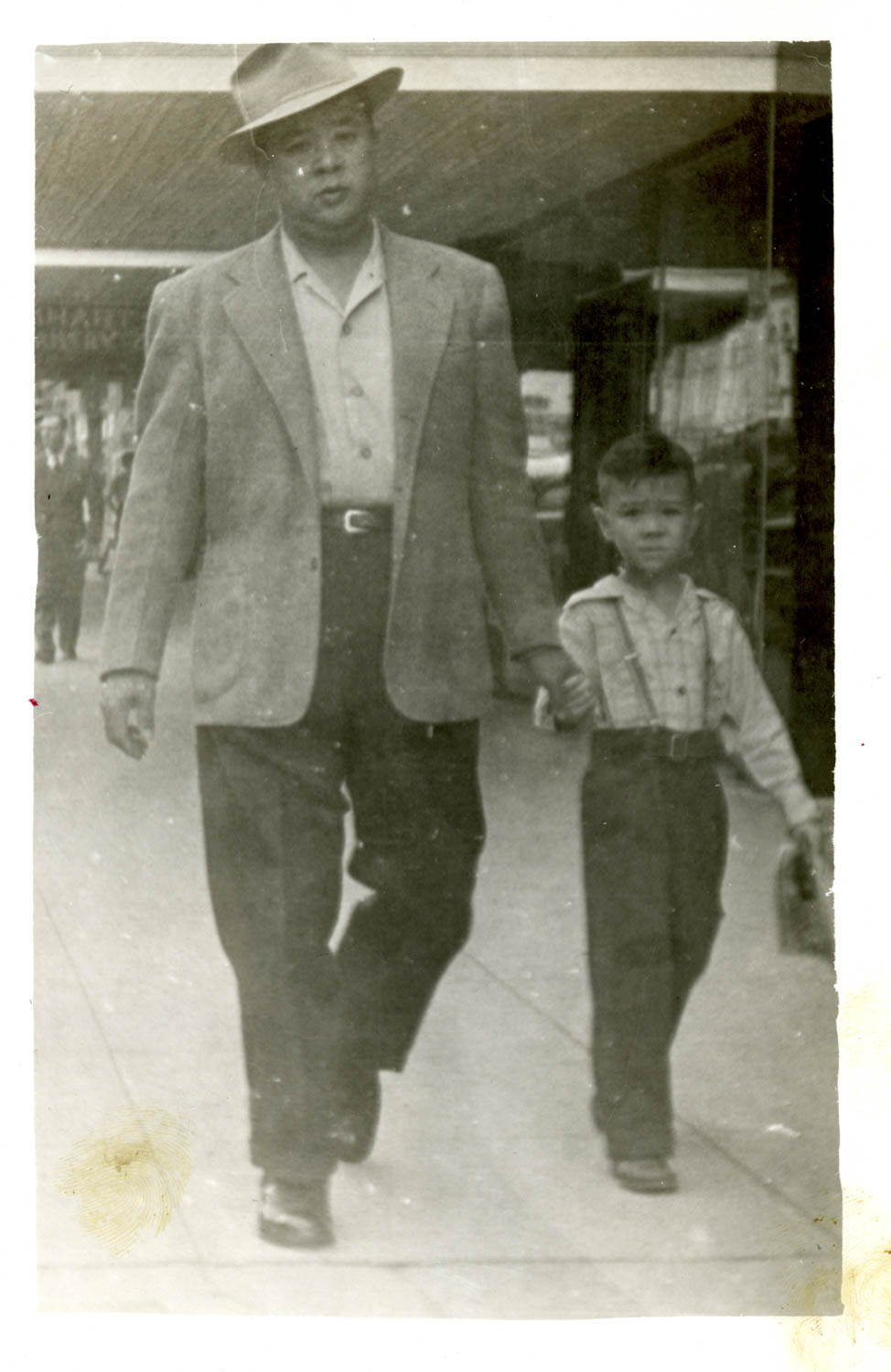 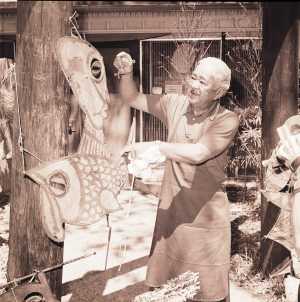 Though his father, Joe, passed away in 1926, Sam Lung and the entire family continued to run the Joe Lung Cafe, and in 1945 they converted the Cafe into Lung’s Chinese Kitchen. This allowed the Lungs to feature more authentic Chinese cuisine and were likely the first restaurant in Austin to do so. The eatery quickly became popular with locals.

While working at the restaurant Lung also took the opportunity to talk to patrons about Chinese customs and food traditions. Teachers would bring elementary school classes to the restaurant for field trip lunches where he would teach them to use chopsticks.
‍
Lung was also an enthusiastic member of the Exchange Club of Austin which co-sponsored the city’s annual kite tournament alongside the Austin Parks & Recreation Department. He enjoyed making Chinese kites for the tournaments, something many Austinites had never seen. He later donated a collection of his own hand-carved bamboo kite frames to the Austin Parks and Recreation Department so that children could study their construction.
‍
In 1974, Lung’s Chinese Kitchen closed, followed by Sam’s death a few years later. Still, the family’s restaurant legacy would continue for many more years with the Lung family’s Cocina del Sur and later with Joe Lung Jr’s sandwich chain, “Joe’s.” Sam Lung is buried in Austin Memorial Park Cemetery.

Mari Yoriko Sabusawa Michener is well known for her activism and her support of the arts. She was born to Japanese immigrant parents in Las Animas, Colorado in 1920. In 1936, her family moved to Long Beach, California, where she became active in the Japanese Friendship Circle at her high school and the Nipponettes, a local girls club for children of Japanese immigrants. After high school while attending Long Beach Junior College, she also joined the local Japanese American Citizens League (JACL) as an officer. Sabusawa had hoped to attend UC Berkeley, but in early 1942, after the bombing of Pearl Harbor, President Roosevelt signed an executive order authorizing the forced transfer of people of Japanese descent into isolated internment camps away from U.S. military assets on the West Coast. Sabusawa and her family were sent to a detention center in Santa Anita and later moved to the Amache internment camp in Colorado.
‍
Sabusawa was quickly allowed to leave Amache as she was able to obtain a scholarship to a college in Ohio. She then became the first Japanese American to attend Antioch College. Once there, she studied political science and international relations. Her time in the internment camps affected her deeply, and she spent her college career working towards bettering race relations and teaching others about Japanese American culture. After WWII, she began graduate school and studied sociology with a specialization in race relations, eventually becoming the Assistant Director of the American Council on Race Relations—a group focused on the eradication of racism. 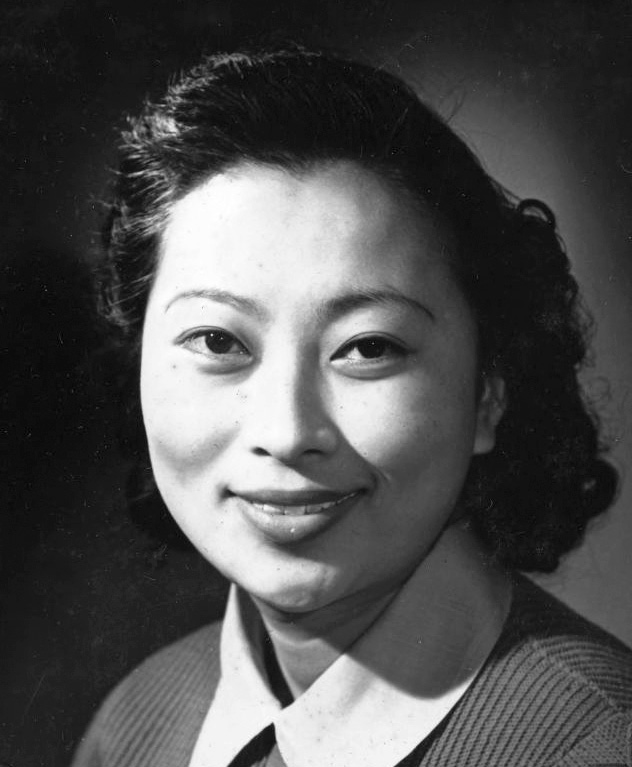 Later, while volunteering with a group that assisted with the resettlement of GIs who married Japanese women, she attended a lunch sponsored by LIFE magazine. It was here that she met the bestselling novelist James A. Michener, whom she later married. After marriage, both Michener and Sabusawa remained politically outspoken and made their home a safe haven for those fleeing the 1956 Hungarian revolution against the USSR.
‍
The couple also had a strong interest in art and amassed a large collection of American and Japanese art. After settling in Austin during the 1980s, they donated 376 pieces to the University of Texas, establishing the Michener Art Collection. Other donations to universities also focused on fostering diversity. The Mari Sabusawa Scholarship Fund at Eckerd College in Florida was designed to provide scholarships for racial and ethnic minority students over several years. To honor John W. Thomas, the man who arranged the scholarship to Antioch College that allowed her to leave the Amache internment camp, she established a scholarship for American Baptists to attend seminars, conferences, and continuing education programs. Though she was not as active with the JACL anymore, she was still an unofficial goodwill ambassador for the organization and created the Mari and James Michener Scholarship for freshman college students under JACL auspices.
‍
Mari Yoriko Sabusawa Michener died in 1994 and is buried in Austin Memorial Park Cemetery with her husband.