Children playing on the grounds and at the basketball court at Parque Zaragoza, 1950.
Photo courtesy of Austin History Center, Austin Public Library.

Since 1931, Parque Zaragoza has served as an epicenter of the Mexican American and Tejano community in East Austin and has endured as a symbol of community, strength, and celebration for what was an otherwise politically disenfranchised, and underserviced neighborhood. The park is a testament to the community’s perseverance and unity throughout Austin’s history.

Before the 1920s, the Mexican American population in Austin was small; however, by 1930, the population increased from around 500 to more than 5,000. At that time, restrictive housing covenants, discriminatory utilities policies, public apathy, overt racism, and systemic inequities pushed the Mexican American community into East Austin where they were in turn neglected and underserved. Having only a small playground for themselves, community leaders formed an organization to lobby the city for a full-sized park of their own.

The park owes its existence to the efforts of early visionaries such as Severiano Guerra, Don Eustacio Cepeda, Don Miguel Guerrero, and Amador Candelas. They formed a committee to organize the fiestas patrias—a celebration of multiple Mexican holidays—featuring food, live music, and traditional dances. 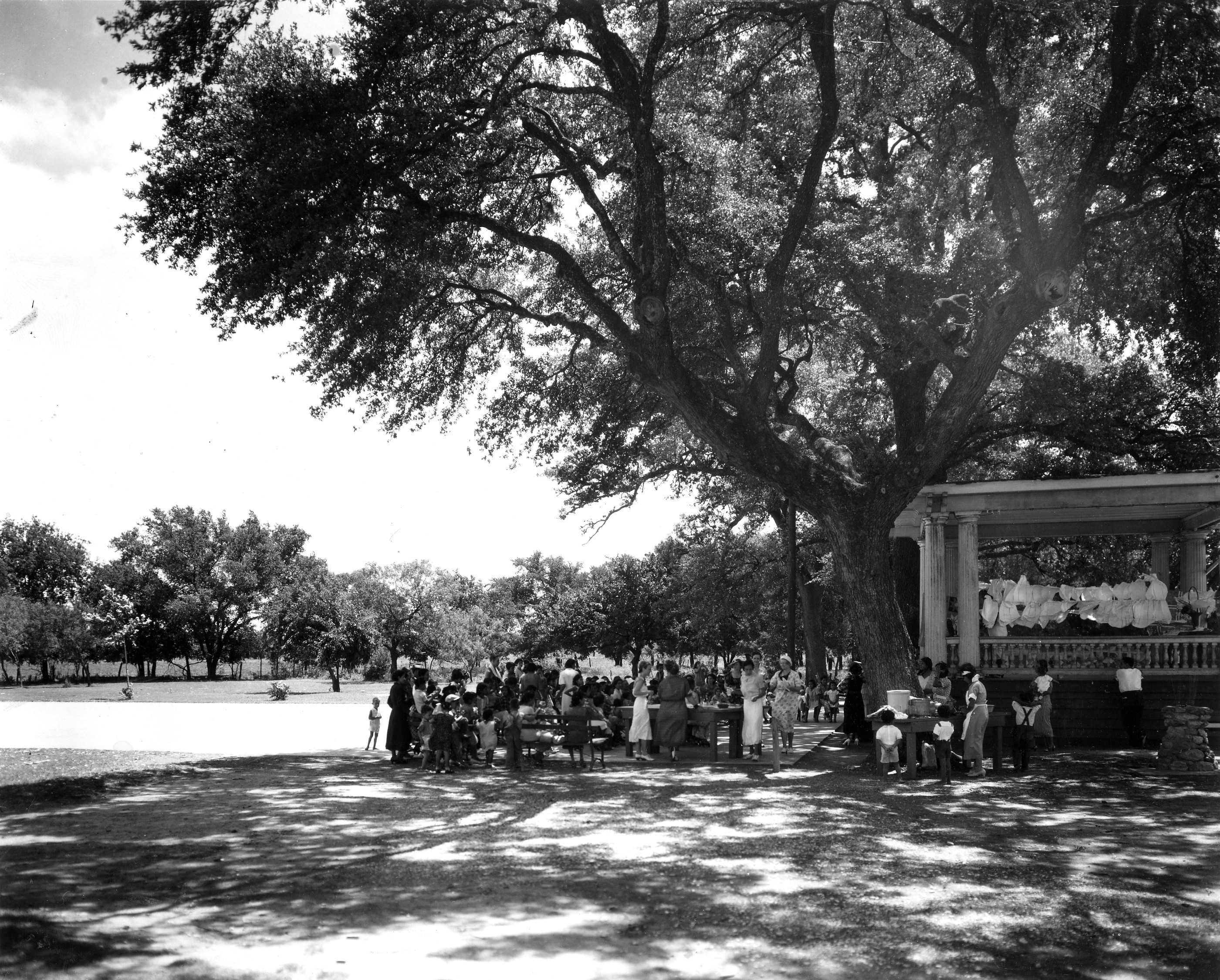 A group of people are gathered at tables under a large tree in Parque Zaragoza for a party, circa 1940. Photo courtesy of Austin History Center, Austin Public Library.

Traditions in the park are reflective of early Tejano culture. Tejanos are Texans of Mexican descent, and the culture represents distinct and rich traditions in art, music, cuisine, language, and literature. Celebrations included a Queen and the traditional “Grito” or shout for independence. Live music has been a central element at many of the fiestas held at Parque Zaragoza. Countless bands from Austin and the surrounding communities, as well as traveling Mexican groups, played at the park. Conjunto, the predominant musical style at these gatherings, emerged in Texas in the early twentieth century among working class Tejanos, reflecting a cultural identity that resisted assimilation into American culture. This music resonated strongly among Mexican American residents in Austin and the migrant workers who congregated at Parque Zaragoza for the annual festivals. As a mecca for the Tejano community in Central Texas, Parque Zaragoza helped establish Austin as an important hub for the performance of música tejana and contributed to the establishment of Austin as the live music capital of the world. More recently, Amigos de Parque Zaragoza formed as a community group to support stewardship efforts in the park and ensure that community traditions continue.

Throughout its history, many of the largest Cinco de Mayo and Diez y Seis celebrations in Austin have taken place in the park. Residents recall vividly festivities spanning four-day weekends where families from across the county would travel to the park with makeshift tents, food, and brightly colored traditional outfits.  Highlights would include parades, barbeques, live music, and dancing. Cinco de Mayo commemorates the park’s namesake, General Ignacio Zaragoza Seguín. Born near present-day Goliad, Texas in 1829, Zaragoza moved to Mexico with his family after the Texas Revolution in the 1830s. He is most famous for successfully defending the Mexican city of Puebla from French forces on May 5, 1862, in the Battle of Puebla. Zaragoza is celebrated as a Mexican hero and a native to the Texas region. Amigos de Parque Zaragoza continue the Cinco de Mayo tradition with a celebration that includes the traditional laying of the wreath at the statue of General Ignacio Zaragoza Seguín. 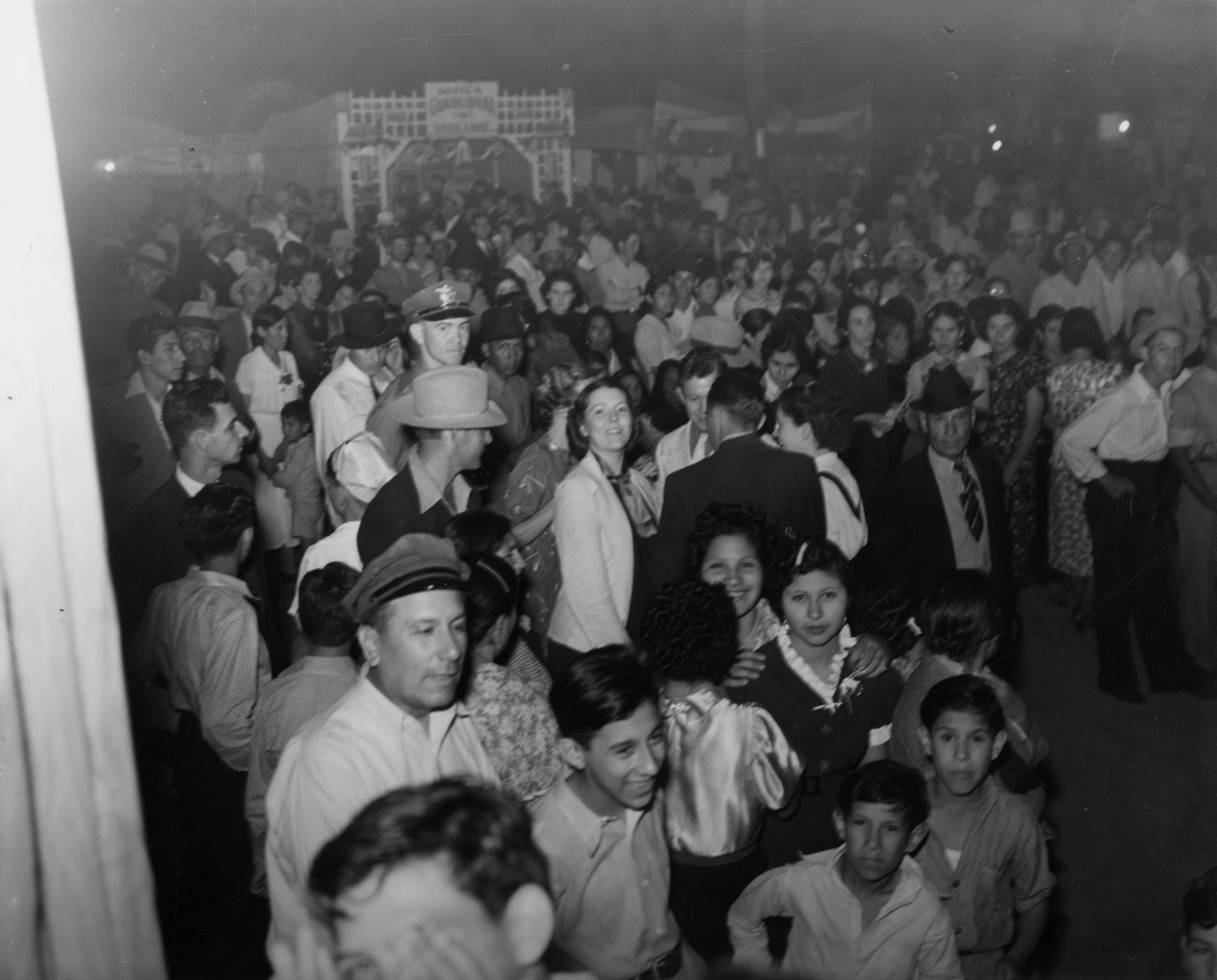 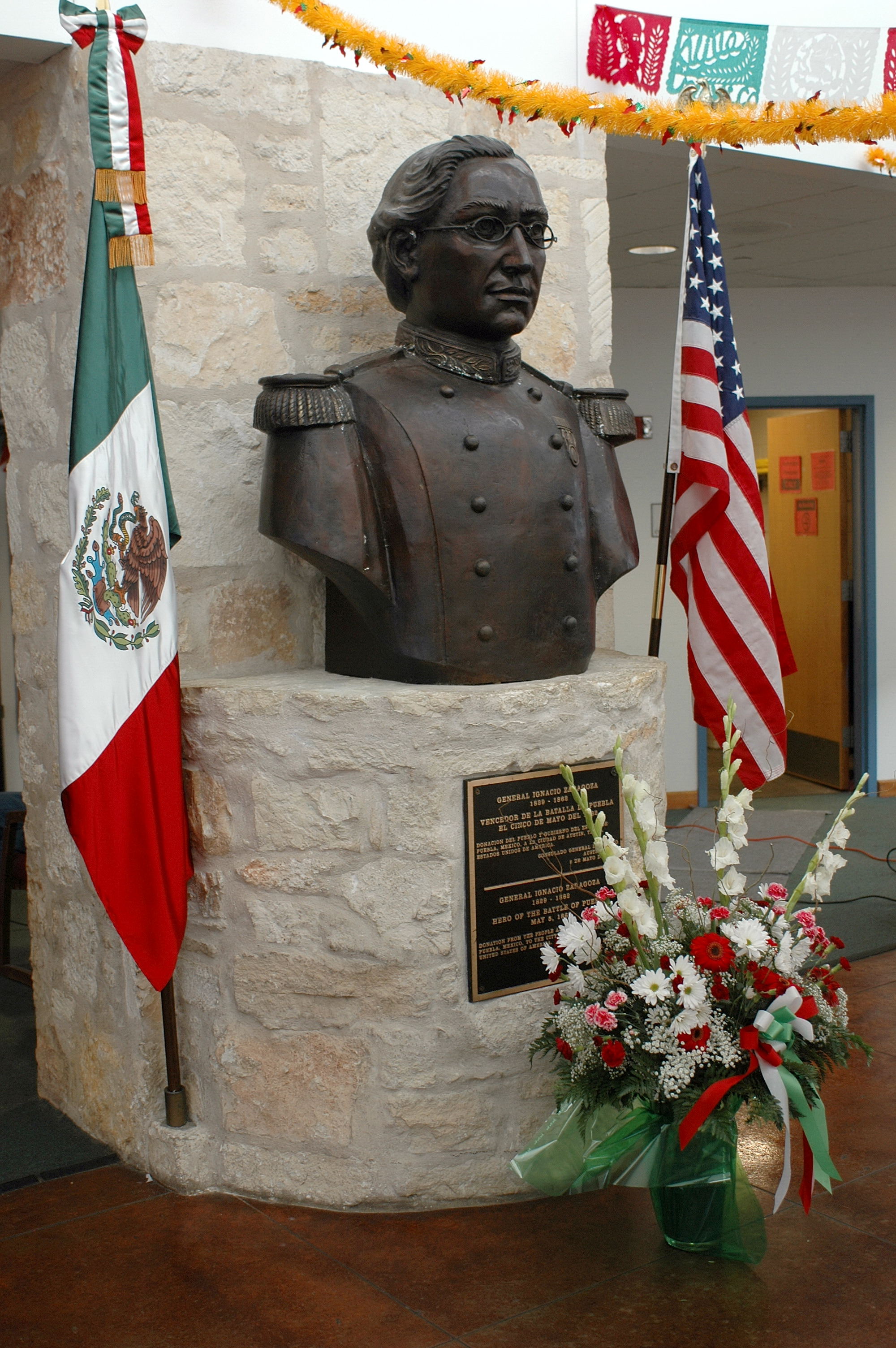 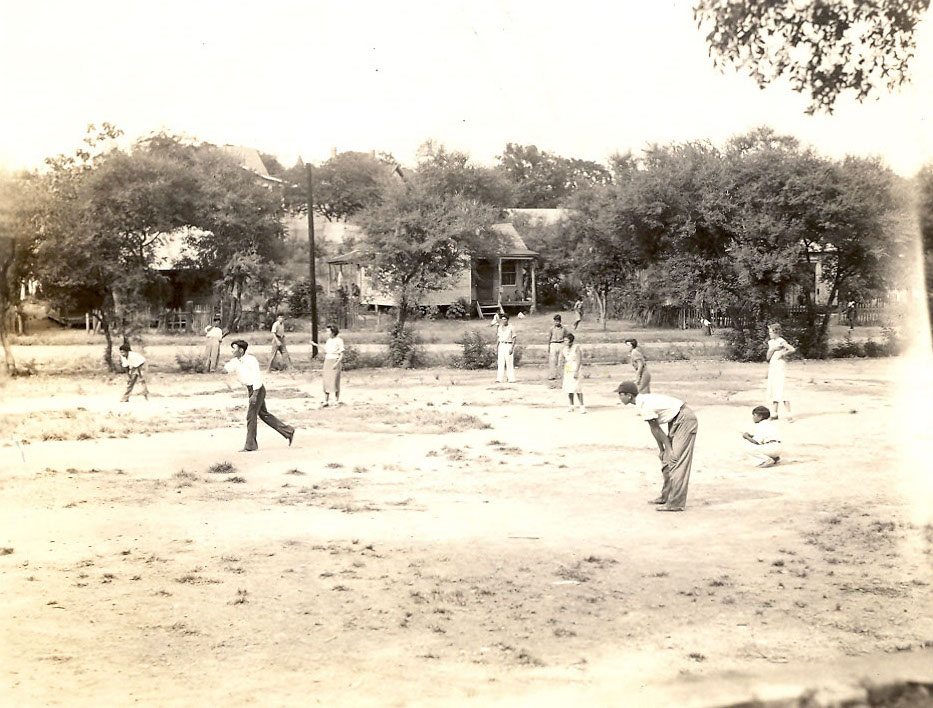 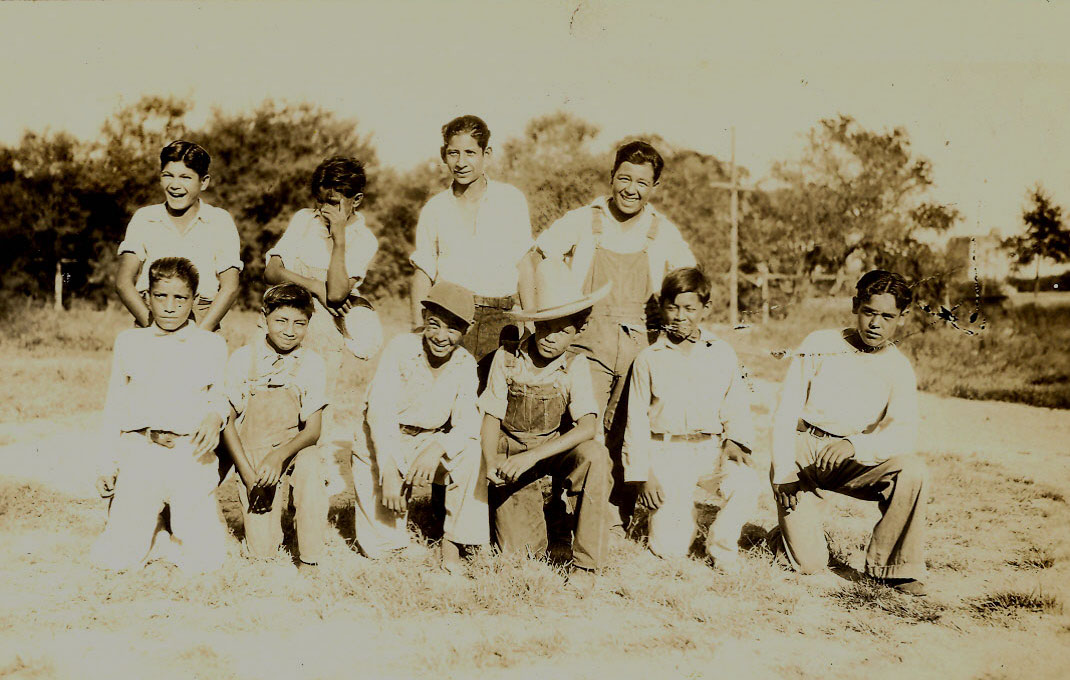 In 1941, residents of the neighborhood, organized by a New Deal agency, built a recreation center. Originally constructed as a bathhouse for the pool, the small brick building’s two rooms served as the park’s only indoor facilities for the next 55 years. A new recreation center was dedicated in 1997. Baseball has also been an important aspect of the cultural life at Parque Zaragoza.  As early as 1931, a Mexican baseball league was organized, and most of the games occurred in the park. The Parks Department noted in an annual report that these games had a much larger attendance than anywhere else in the city. Teams from all around the Austin area played at the park, and the community treated each game as a fiesta, complete with food and live music.

From its inception, Parque Zaragoza has played a significant role in the cultural life of East Austin’s Latinx community and is a nexus point where friends, neighbors, and families gather regularly for holidays and festivities. The preservation of Parque Zaragoza’s customs and traditions has never been more important and urgent in the face of rapid change and displacement of historic communities in East Austin. Join the Austin Parks and Recreation Department in wishing Parque Zaragoza a Feliz Cumpleaños!