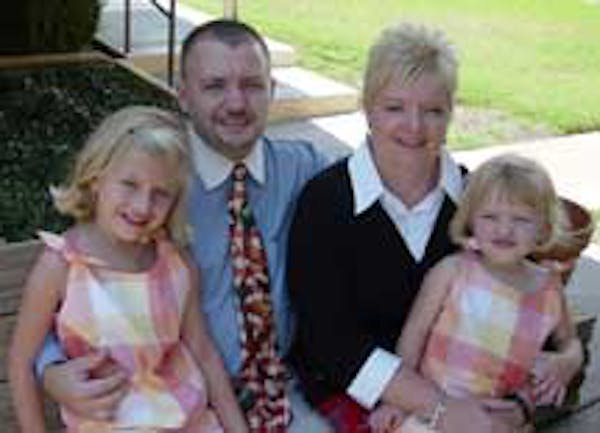 I attended the premiere of Oliver Stone’s "W." at the Austin Film Festival. Hopefully I can spare you the same fate.

So is the scenery behind him fake or real? Visit msnbc.com for breaking news,…

The John Doe case that continues to haunt a small town in Texas. 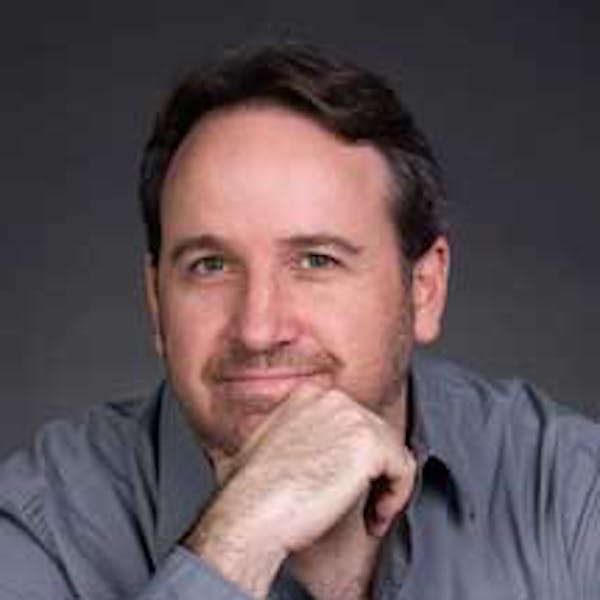 The role of the cerebellum and underlying brain abnormalities in autism. 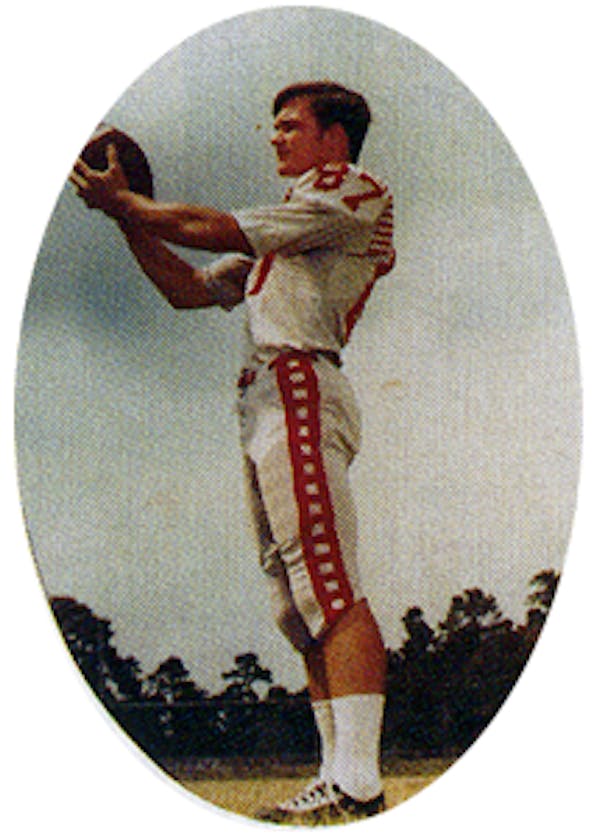 September 2009
The Time of His Life

The original dirty dancer, Patrick Swayze, died Monday at the age of 57.

Yes, it’s summer in Texas. It’s the summer to end all summers (please, God), with record-breaking heat, triple-digit temperatures, and the uncontrollable urge to sit in your freezer, atop the Häagen-Dazs bars.

In Paul Burka's latest post, he questions the methodology behind the poll conducted by the Department of Government and the Texas Politics project at UT. Here is their response, in full (courtesy of professors Jim Henson and Daron Shaw). In the Friday afternoon Texas Monthly podcast, in a post on his blog the following day, and in the comment fields following that entry, Paul Burka made a series of inaccurate characterizations of the poll released by the Department of Government and the Texas Politics project last week. Consequently, we feel compelled to respond. In so doing, we hope to give Mr. Burka, readers of the blog, and the broader public a clearer idea of how the poll works. Mr. Burka’s skepticism concerning some of our results seems based on a combination of his misunderstanding of where our sample comes from and how we use the Internet to administer the survey. Let us begin by explaining our decision to conduct an online survey. Put another way, why didn't we just do another phone poll? In our view, the issues preventing effective online polling are receding while those plaguing traditional phone polling are becoming increasingly troublesome. In particular, phone polls have had lower response rates in recent years, which exacerbate widely recognized response biases. Weighting the data is the typical response, but how reliable are estimates when you have to weight low incidence populations (for example, young African American males) by a function of 8 or 12 or even 16? Perhaps more problematic is the spread of cell phone use and the decline of landlines. Finally, talking to people over the phone also places constraints on the sort of question frames and response options you can use; these problems are reduced or removed when you use the web.

Burka’s column from the April issue is online now, because the Internets is faster than the Magazine. Nothing defines the differences between the two political parties as sharply as their respective views over the integrity of the electoral process. Republicans are absolutely convinced that Democrats…

Yes, Virginia, there is some art in Austin. 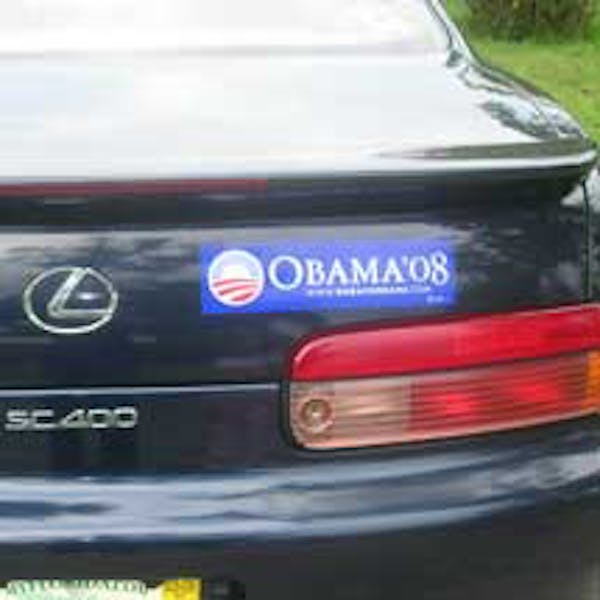 Politics
Dreams from My Father

How my dad learned to stop worrying and love a Democrat.

Burka Blog
We Are Not Marshall

Let’s just settle this once and for all, shall we? Marshall Kenderdine (a-former-House-staffer-turned-lobbyist-but-then-again-who-isn’t) will not be the budget director for Speaker Straus. So all the Kendercrazies can now shut it. Permanently.

Burka and Eileen discuss probable Speaker Joe Straus, Craddick’s exit, horse racing, and whether bridge qualifies as gambling. Honorably mentioned: John Smithee, Burt Solomons, Dan Gattis, Jim Keffer, and playing the ponies. (And yes, I am wearing a scarf over my turtleneck. My space heater gave out, and I can’t… 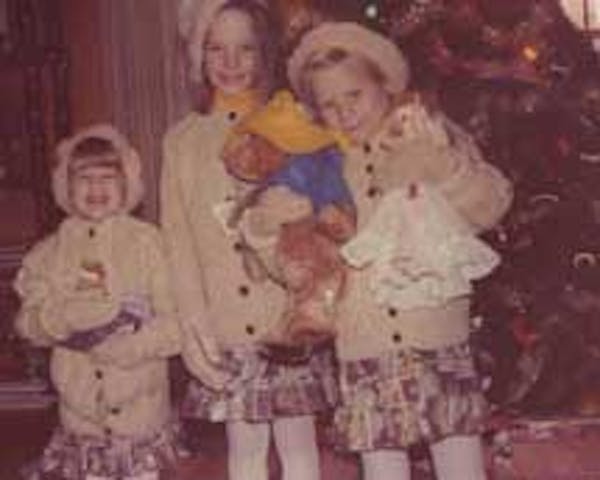 And my favorite Christmas present of all time is...

Proving his conservative credentials, Gov. Perry held a press conference with the Texas Alliance for Life to express his support for specialized “Choose Life” license plates.

The final video of 2008. (You can thank me later.) Stick a fork in Craddick? Is he really done? Really? Honorably Mentioned: Gattis, Smithee, Solomons, Kolkhorst, Chisum, Straus, Hamilton, McCall, Dunnam, and just about every other House Member you can think of And who was that anonymous Republican source?…

Paul Burka on Ed Kuempel, Terry Keel, and why mistresses should form their own union.

Your daily space queen video! It’s worth clicking on just to see what I look like when I forget to sit on a telephone book. Paul Burka on the secret speaker’s ballot, and why he was for it before he he was against it. (Flip flopper.) Honorably mentioned: Speaker Craddick,…

OK, so maybe he hasn’t “posted” any “updates” on Kay Bailey Hutchison’s exploratory committee, but I did catch Burka in the hall to do a video with me to at least talk about the interview he had with her yesterday. And I’m all, yesterday? She never returns my calls. In…

Burka Blog
About That Survey We Got Skunked On…

Referring to the poll from Hill Country Consultants (no one honored the embargo but us because we have things like “ethics” and “I’m kidding”), Burka says that the Republicans in Texas have blown it. (So, apparently, do the voters who said R’s are more arrogant, racist, and corrupt. Is that…

Burka Blog
Is This Seat Taken?

Paul and I talk about whether the D’s are really poised to take the Texas House, possible toss-up seats, and who skunked who. (Paul’s term, not mine.) One reason to watch this video? To check out the weird Star Trek-like outfit I’m wearing. (Personally, I thought it looked like a…

Politics
Thy Rod and Thy Staff

How the Illinois governor got caught with his pants down.

Web Exclusive
What’s in Your Wallet?

If you decided that 2008 was the year for you to cut yourself off from society, shed all material belongings, live off the land, and grow your own food, then you’ve got a pretty good head start.

Politics
She Gets It

The past two administrations have appointed women to the most prestigious position in the cabinet, no longer relegating those of the female persuasion to the thankless roles of First Lady.

Burka and Eileen preview the legislative sunset: How does an agency “misplace” $1 billion? Or lose one-third of its criminal files? Or let the governor’s mansion get torched? Or screw Texas homeowners? Don’t get mad, get even. Honorably mentioned: Steve Ogden, Lois Kolkhorst, John Carona, and Wayne Smith. Not so…

Honorably Mentioned: Burt Solomons, Jim Keffer, Craig Eiland, Brian McCall, Rafael Anchia, Charlie Geren, Warren Chisum, Phil King, and Rob Junell (naturally). If you do not see your name on the list, you have given us no reason to talk about you. (Go watch it on our homepage so I…

Putting on my best faux-reporter voice, I called Rep. Solomons to find out why he would be so crazy as to run for Speaker. I wanted to give him the opportunity that we gave to the other 140 candidates to send along an Official Declaration of Intent. Solomons noted that…

Burka Blog
You’re Nobody ‘Til Somebody Loves You

So find yourself a Speaker to love. FAIR WARNING. This is a video. It is not required viewing. It may take eight minutes to watch. I only push play to increase traffic, and to improve my broadcast media skills. It’s not working. (And you try looking good at the end…

Eileen and Paul talk about if the Speaker even matters, Craddicks and Anti-Craddicks, and whether Tom was popular in high school. Honorably Mentioned: Dan Branch, Lois Kolkhorst, Pete Gallego, Jim Dunnam, and, of course, Speaker Craddick…

Latest video: Burka on the Speaker’s race, naming names, the “Craddick Effect” (copyright pending), and broken pledges. For the first time, Paul wonders if Craddick can keep his post. Honorably Mentioned: the candidates, the Conservative Coalition, Plan B, and Warren Chisum. (Note: If you are having trouble viewing…

Burka Blog
Bringing Down the House

Hillary Clinton has served on the Senate Armed Services Committee, visited troops in Afghanistan and Iraq, and successfully dodged hostile (as opposed to agreeable) gunfire in Bosnia.

Candidates for Speaker of the Texas House of Representatives tell us why they think they should hold the highly coveted gavel.

Politics
The Day After

Journalists and other notables to give us their reactions to the long campaign and the election of Barack Obama.

Reader comments in the final days of the election.

Live from the Twin Cities, Burka engages in underwater reporting. Or else that’s just a really bad excuse for substandard recording equipment but his points come through LOUD and CLEAR. Check out the video before you watch Palin’s speech tonight, if only to see what Jake and I…

A criminal justice reform activist in Texas on overcrowded prisons, Tulia, the Texas Youth Commission, and the criminalization of mental illness.

The digital natives are restless, and traditional journalism just won’t cut it.