Eat My Words
San Antonio, This Could Be You: TM BBQ Hunt Comes to Pearl Farmer’s Market Saturday

(Dallas winner Ashley Scalf with Baker’s Ribs) You probably know the drill by now. Look for the TM BBQ Hunt team tomorrow (July 16) at the Pearl Farmer’s Market information booth (near La Gloria). Three lucky winners will score pork ribs from The Smokehouse, and one… 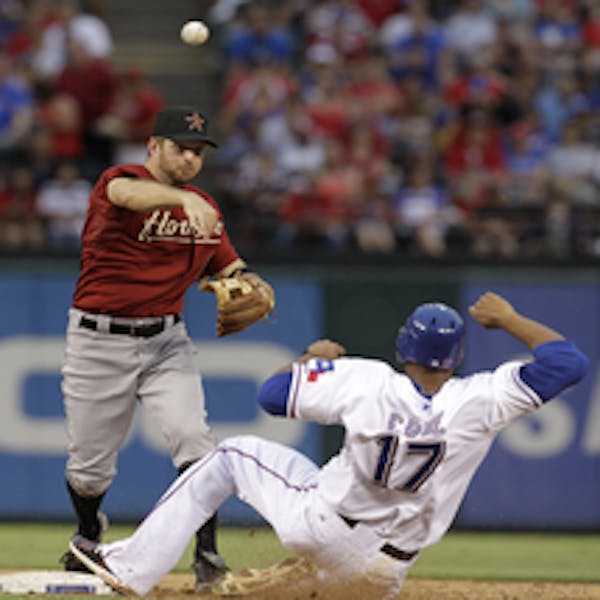 Should the Astros join the Rangers in the American League West?

From our BBQ app and BBQ web site partner, Daniel Vaughn of Full Custom Gospel BBQ: There’s a BBQ Hunt going on across the state, and Texas Monthly is behind it. As part of the promotion for the badass BBQ app, they are giving away large amounts…

Eat My Words
Cook Like a Texan “Letter to the Editor”

Photograph by Jody Horton <p>“Our water squirters again find employment by amusing themselves in sprinkling our streets.” —<em>San Saba County News,</em> April 7, 1893</p> <p> </p> On March 29 we received this letter to the editor: The greasy slop recipes in Home Plates are disgusting, the…

I spent the last seven years living away from Texas - that's right, got back as fast as I could - and there were times, especially in smallish Missoula, Montana, that the best restaurant in town with Texas food was certainly our kitchen. That wouldn't have happened without Lisa Fain, a Dallas (born) and Houston (raised) native exiled to New York City who has run the Homesick Texan blog since September of 2005. "One of the most revered food blogs anywhere," says TM contributor June Naylor. With Fain's help, I never had to buy flour tortillas at the supermarket. And while it wasn't quite the same without the Longhorns (or, more accurately this past season, the Horned Frogs), my wife turned the Homesick Texan's steak fingers with jalapeno cream gravy into the perfect BCS game meal. Eat My Words asked Fain - a Texas Monthly reader since the age of 9 - a few questions in connection with our "Cook Like a Texan" package.

Eat My Words
Leave the Lard. Take the Frijoles

(Photo courtesy of Sylvia's Enchilada Kitchen) Last month, Sarah Kliff, a food and travel writer for the BBC, visited Texas. It was on the half-hour flight between Houston and Austin that realized I might be descending into some culinary trouble. I, a vegetarian for a decade now, was flipping through the Texas Monthly’s Cook Like a Texan issue I had picked up in the airport—and (not unsurprisingly) could not find a thing I could eat. Between raving recommendations for the best smoked brisket, fried catfish and grilled rib eye, I was left lusting after a lonely side dish of cheese enchiladas. Everything is bigger in Texas, I thought — vegetarians’ problems included. Especially when those enchiladas can't be made right without chili gravy (and they're certainly no side dish)! But we do have some good news for Kliff. When we ran that recipe for enchiladas, from Sylvia Casares of Sylvia's Enchilada Kitchen, as well as for her Mama Grande's Rice, we ran out space to include refried beans. And Casares makes those vegetarian. Sure, when you've got access to the good stuff (like, from the butcher or your pig guy), lard is hard to beat, but for an everyday at-home batch of refritos, there's nothing wrong with (mildly flavored) olive or canola oil. Read on for the recipe:

Eat My Words
Cook Like a Texan: More Last Meals 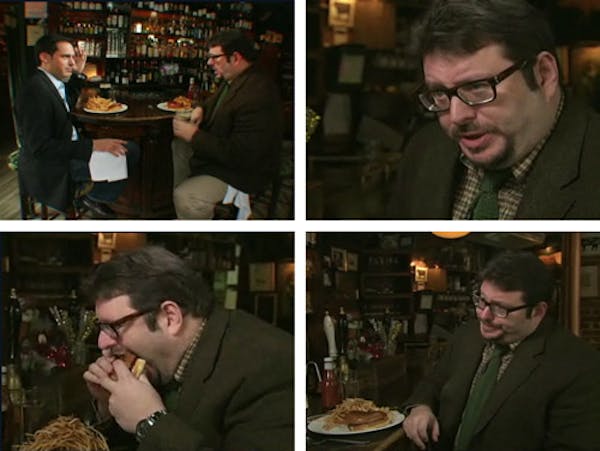 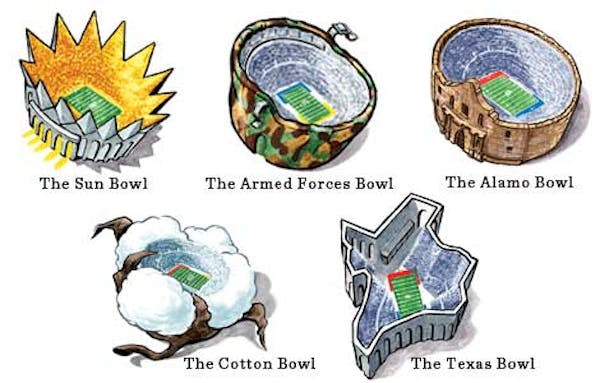 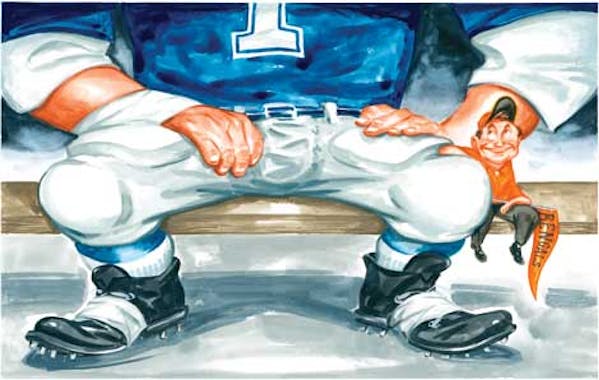 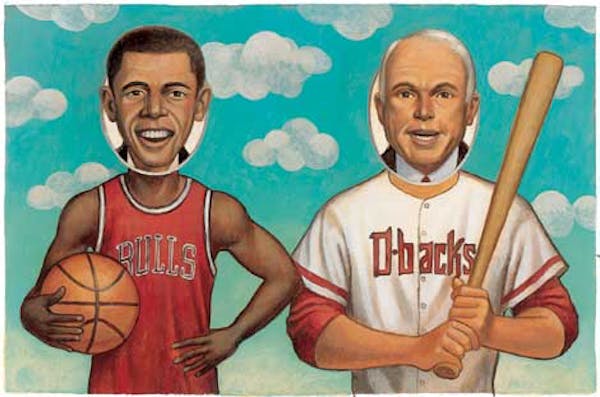 August 2008
Season on the Brink

Politics as sports (and sports as politics). 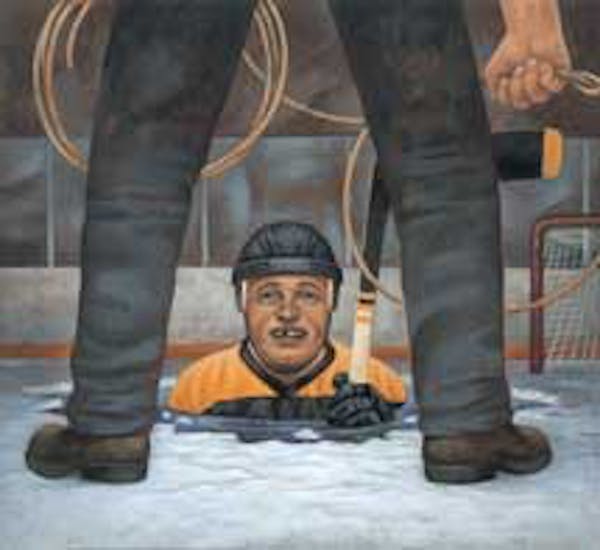 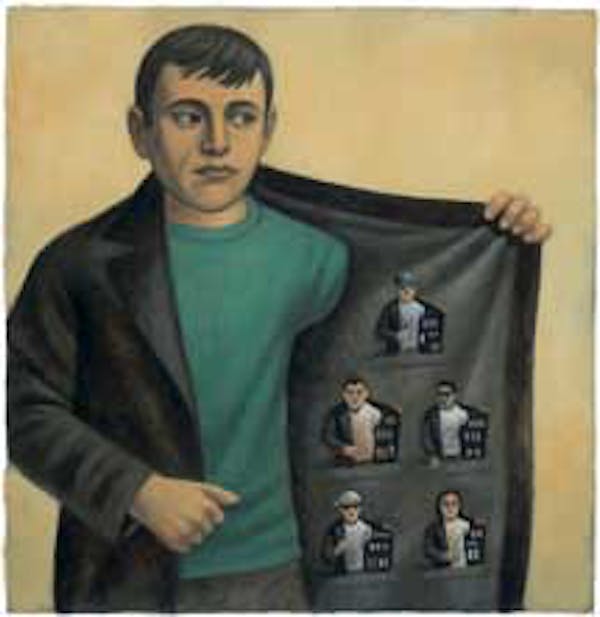 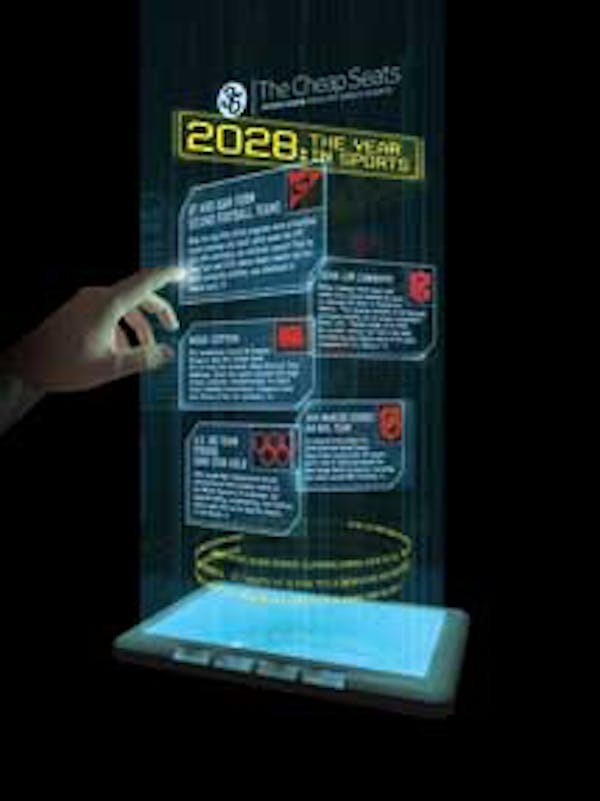 Does it matter if college athletes graduate?

The Astros couldn’t quite make it. The Cowboys have hit the skids. No wonder the state’s attention has turned to . . . hockey?

September 2004
Yes in My Backyard

To say that the private prison in Eden doesn't creep out the locals is an understatement. They're downright thankful for the place.

Hollywood often fumbles the sports moviebut it could get back in the game right here in Texas.

Led by the NBA’s most inadvertently colorful coach, this year's Houston Rockets are so much more than an excuse to see a certain ninety-inch-tall Chinese import.

Yes, yescome playoff time, the Houston Astros have a history of reducing grown men to tears. But thanks to Jeff Kent, this season could be different. 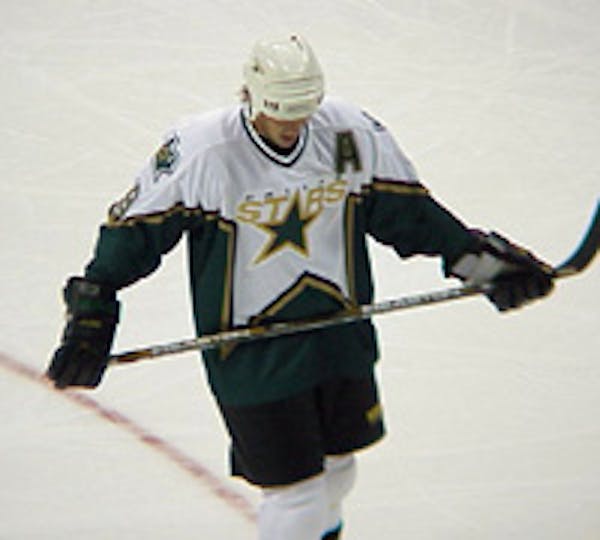 November 2002
Ice on the Block

If your goal is to own a pro hockey team, Tom Hicks has a deal for you: He'll sell you the Dallas Stars for a mere $300 millionand throw in the prospect of an NHL-destroying lockout at no extra charge. 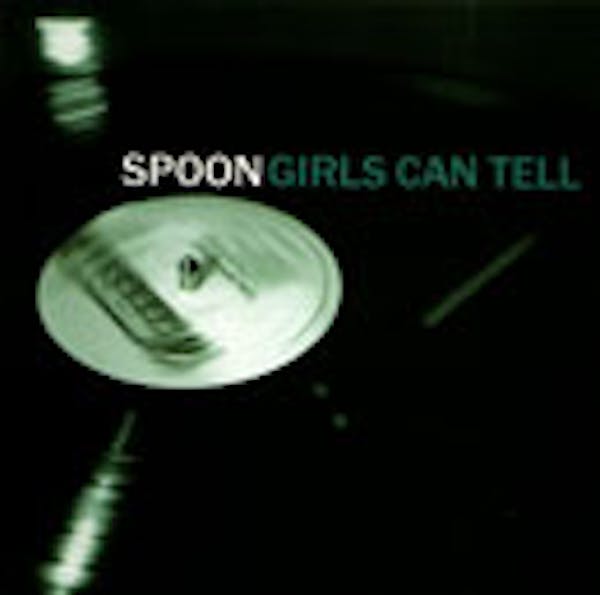 What doesn’t kill Spoon makes it stronger. After seven years, an indeterminate number of bassists, and as much luck with the record biz as the Democrats had with Florida, the Austin combo hits the high-water mark with this tense, graceful, spike-pop jewel. Spoon already enjoys an in-the-know following, but Girls… 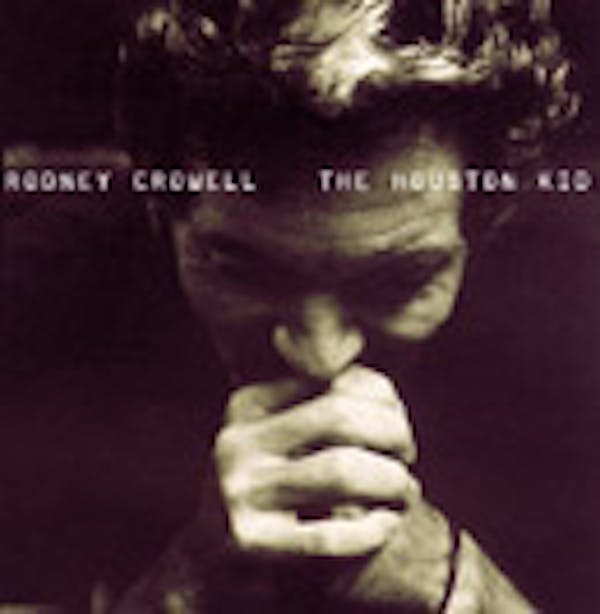 It’s easy to forget that Rodney Crowell is a Texas singer-songwriter and solo artist. He lives in Nashville and doesn’t trip over himself to write about bluebonnets or Huntsville. He has made nine albums but is particularly famous as a tunesmith (hits for everyone from Bob Seger to Lee Ann… 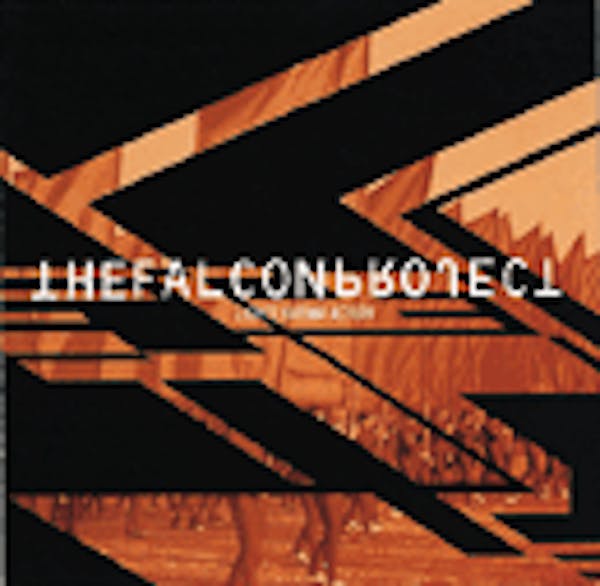 Lights Karma Action is the massive, rumbling, and beautiful second album from this Denton quartet, which is headed up by former Mazinga Phaser guitarist and Melodica Festival organizer Mwanza Dover. Given that pedigree, you could call the Falcon Project “space rock,” but the emphasis is firmly on rock—you feel this…

Coming soon to a radio near you: El Paso's At the Drive-In, the best new rock band in America. 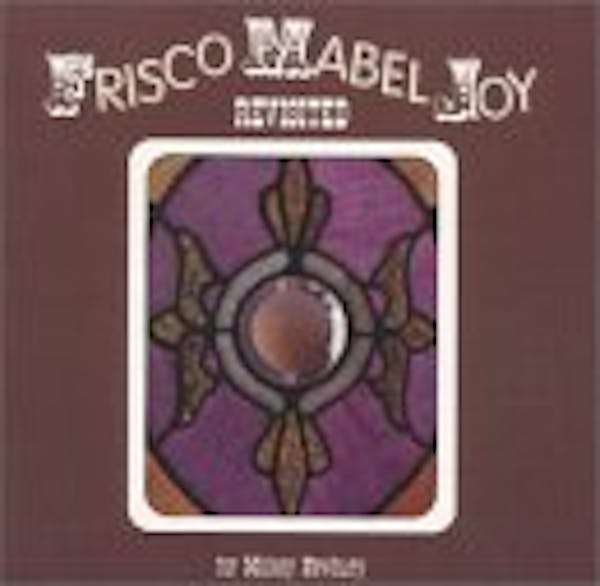 A songwriter’s songwriter and a cult figure’s cult figure, Houston’s Mickey Newbury authored pop and country hits in the late sixties and early seventies, among them “Sweet Memories” and the Elvis Presley stalwart “An American Trilogy.” He’s the sort of artist Texas produces as naturally as oil or running backs.

June 2000
All the Falsest Hearts Can Try

If you haven’t heard of Centro-matic, it’s certainly not for lack of effort on the group’s part. All the Falsest Hearts Can Try is the Denton band’s third CD in little more than a year; it dates back to a 1998 recording session that produced more than sixty songs, completing… 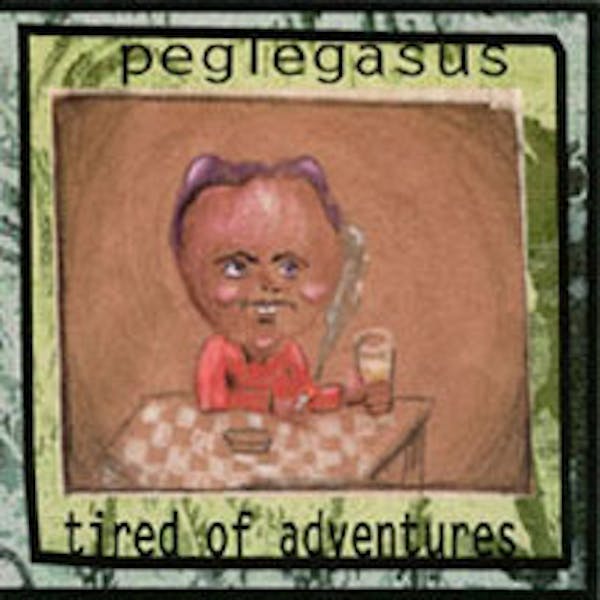 Houstonians by way of Rhode Island, Peglegasus has been based in Austin for six of their ten years, though the group first took shape in 1979, when drummer Peter Voskamp and his guitarist sibling John acquired a stepbrother in guitarist Berke Marye. (Bryan Nelson, the unfortunate recipient of many parentheticals…

November 1999
The Gospel According to Sixpence None the Richer

For the hottest Texas band that isn’t the Dixie Chicks, the path to the top of the pop charts led through the Christian- music scene—and Dawson’s Creek.

Hockey in Texas? And the team is good? Don’t laugh. The Dallas Stars could win it all this year, and sports fans across the state could soon be drinking Shiner Bock from the Stanley Cup.

Why are Randy and Alan Hendricks the only people in Houston who are glad Roger Clemens didn’t end up with the Astros? Hey, it comes with the job.

Dan Jenkins has just published his eighth novel. It’s called Rude Behavior. Spend a few hours with him and you’ll know why.

Forget about the hair (and the tattoos). Ricky Williams has his head screwed on straight, which is why he’s still playing football at the University of Texas.

Plano’s Steve Harvey has been a successful comedian for years. Now he’s a sitcom star too.

Could he be Texas film’s new king of the hill?

A couple of indie film producers.

Like it says on her newly acquired bumper sticker, movie mogul Lynda Obst is “Texan By Choice.” But while you can take the girl out of Hollywood …

The career of Austin young-adult writer Rob Thomas is going through a growth spurt.

Breezeway, Suburbia, and Words of Our Ancients may have been our only pure-pedigree entries in Park City, but other films boasted Lone Star connections. Most notable was director-screenwriter Morgan J. Freeman’s sweet but hard-hitting teenage street drama Hurricane, which won three awards. As they did for Bottle Rocket, fellow Dallas…