The Texas Department of Public Safety is in the running for an award from a national journalism organization as one of the most secretive government agencies in America.

Burka Blog
Stickland Gets My Vote for Best…Video

Homeowners in October will receive property tax bills that include an inducement to vote for the proposed homestead exemption increase in November. 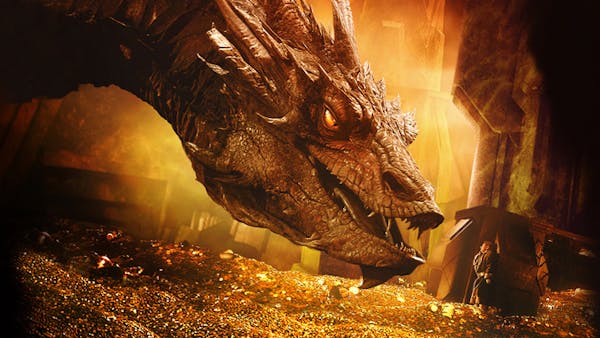 Burka Blog
The Legislature Is Hoarding $18 Billion of Your Money

The Legislature is leaving unspent $18 billion that could go to further tax cuts or repairs to infrastructure or even, perhaps, to education. 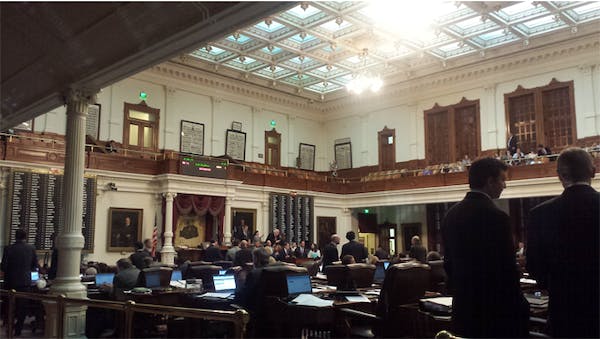 This was a night in the House that left no one happy.

The opposition of faith-based adoption agencies making placements with same-sex couples hits the House floor today in an amendment that could take down the overhaul of the Texas Department of Family & Protective Services.

Lawmakers had a busy day Sunday fighting over veteran benefits, abortion and making the airways safe for Amazon drones.

Burka Blog
The Ethics Of Pettiness

The Legislature’s efforts at ethics reform this year have been more about petty paybacks and creating lawmakers as a special class of citizens than about improving government.

The kind of backlash I feared from the hidden camera investigation of the American Phoenix Foundation.

Higher education critic Jeff Sandefer wants the $200,000 back that he gave to the American Phoenix Foundation.

So far this legislative session, Texas lobbyists have spent $1.8 million feeding members of the legislature, their staffs and other state officials. 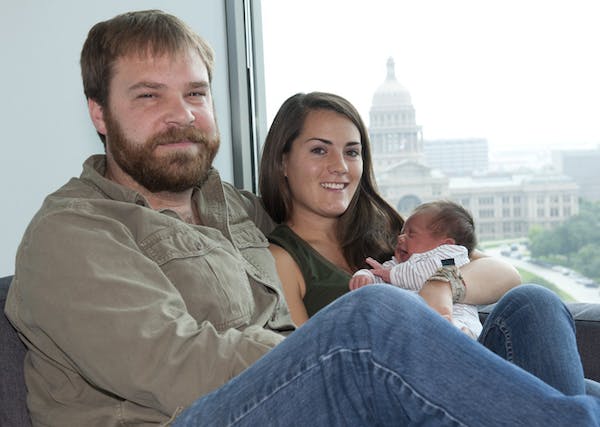 The leaders of the American Phoenix Foundation claim their hidden-camera investigation of the Legislature has just one goal: Disrupt the narrative.

Burka Blog
Failings Of The Flesh

Hannah Giles and Joseph Basel explain why their hidden-camera investigation of the Legislature is focused on sexual infidelity.

Hannah Giles, who has been leading a hidden-camera investigation of the state legislature, appeared in the past on Lieutenant Governor Dan Patrick’s talk radio show, and Senator Paul Bettencourt once raised money for her. 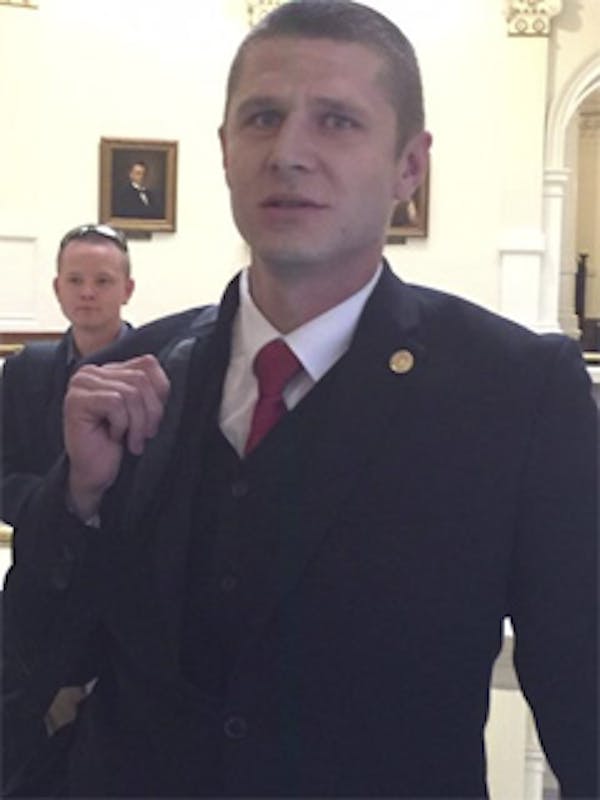 The American Phoenix Foundation employees who are aggressively questioning legislators have created an aura of mystery and distrust around the organization’s hidden-camera investigation.

Burka Blog
The Balance of Power

The American Phoenix Foundation leaders say their hidden-camera investigation of the Legislature is not meant to disrupt the balance of power in the House.

Activists Hannah Giles and Joseph Basel say they have been disillusioned by the conservative movement in America.

The American Phoenix Foundation founder Hannah Giles in 2012 delivered a speech in which she describe the goals of her advocacy journalism group.

State Representative Jonathan Stickland says the Texas Department of Public Safety has cleared him of any wrong-doing in the investigation of people signing up to testify for his bill banning red-light cameras.

The leadrs of the American Phoenix Foundation told the Houston Chronicle lawmaker infidelity is a major focus of their undercover, hidden-camera investigation.

Burka Blog
What Legislators Look Like On Hidden Cameras

The American Phoenix Foundation’s undercover hidden camera video taping of Texas Legislators is not the first project of this kind. The last one received awards from the Investigative Reporters & Editors as well as the Society of Professional Jouranlists. 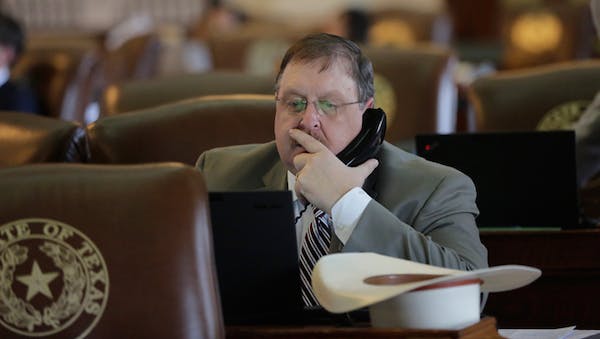 Burka Blog
How Teen Pregnancy May Have Saved Gay Marriage—UPDATED

The debate on new restrictions on judicial bypass for teens to receive an abortion may have played a key role in killing a bill to block same-sex marriages.

Open carry of licensed handguns and border security are the hostages in the tax-cut debates.

The people behind the hidden camera investigation of the Legislature have more of a history of political activism than of journalism.

Burka Blog
Are Politicians Giving Up on the American Dream?

In a time of diminishing expectations, politicians are avoiding the term “middle class.”

If you go to work sleepy next March 14, you can thank the Texas House for keeping the state on Daylight Savings Time

Comptroller Glenn Hegar has sent the legislative leadership a letter reminding them that tax cuts might feel good but they also have obligations to face. 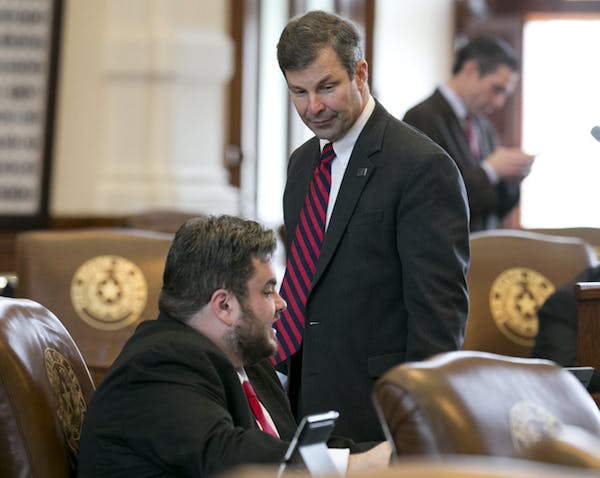 They are both libertarian Republicans, but while Jonathan Stickland makes noise in the House, David Simpson is getting things done.

Burka Blog
DPS Pushes Back Against the News Media

Texas Department of Public Safety Director Steve McCraw apparently has been pushing back against media investigations questioning his agency operations. 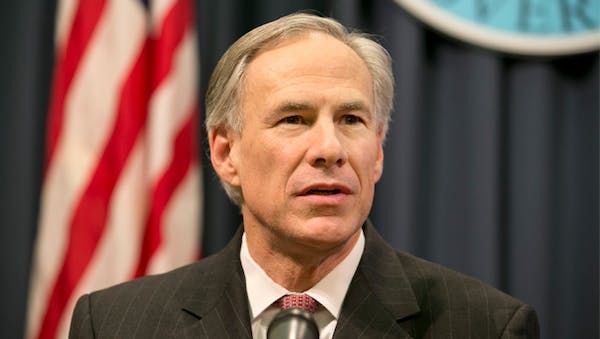 Burka Blog
Abbott on the Knife Edge of Success/Failure

Greg Abbott is on the edge of whether his first legislative session as governor will end in success or failure.

The Houston Chronicle is reporting that a right wing political group has been secretly recording Texas legislators, apparently with an aim at unseating Speaker Joe Straus.

A bill on the House calendar for today would establish how Texas chooses delegates to a national constitutional convention, if or when one ever occurs. 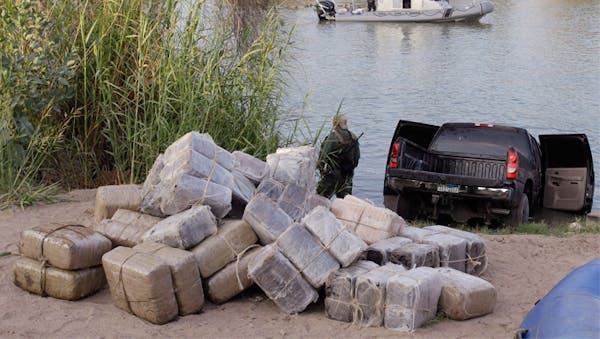 A report in today’s Austin American-Statesman shows the Texas Department of Public Safety was responsible for just 10 percent of all the drug seizures along the Texas border despite the state surge.

One of Lieutenant Governor Dan Patrick’s grassroots advisory committee members apparently was a promoter of the Garland event that came under gunfire on Sunday. According to his Facebook page, Ken Emanuelson, a member of Patrick’s advisory panel, was present at the event when the shooting occurred and was locked down inside the Curtis Culwell Center.

Burka Blog
House Takes Its Dirty Laundry Off The Internet

The House General Investigating & Ethics Committee will look into whether witnesses affirmations were improperly filed for a bill carried by Representative Jonathan Stickland.

Burka Blog
Jade Helm and the Second Battle of Bastrop

With more than 200,000 federal military personnel already in Texas, paranoia over the Jade Helm 15 exercise in Bastrop seems absurd.

House Transportation Committee Chairman Joe Pickett apparently had Representative Jonathan Stickland escorted out of his committee tonight, according to the Austin newspaper.

A new study found federal subsidies helped reduce the percentage of Texans lacking health insurance from about 25 percent to 17 percent, but a case pending before the U.S. Supreme Court could suddenly end those subsidies.

Burka Blog
An Unstable Economy Is Not the Time for Tax Cuts.

The insurance industry backed by Texans for Lawsuit Reform is taking on the state’s trial lawyers over hail damage lawsuits.

The Texas House today is taking up its sales tax cut package, setting up a showdown with the Senate and its property tax cuts.

Burka Blog
Tea Party Nears Its Peak in the Legislature

If the 2012 GOP primary results between Ted Cruz and David Dewhurst are any indicator, tea party strength in the Texas Legislature has peaked.

Democrat Bill Hobby was lieutenant governor in the 1970s when the current state spending cap was adopted. Today, he argues against making it tighter. 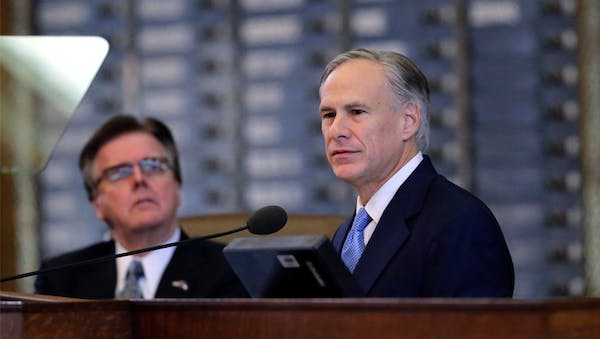 A contentious breakfast between the state leadership today ended with Lieutenant Governor Dan Patrick declaring he was tired of Governor Greg Abbott and Speaker Joe Straus “picking on me.”