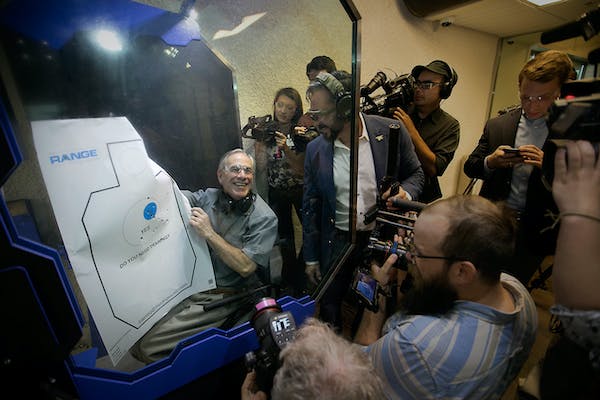 The hysteria over Governor Greg Abbott’s joke at a gun range is ridiculous.
Panicking Over Paper Cuts

Texas Governor Greg Abbott set off a firestorm of controversy yesterday when he bodyslammed a reporter and broke his glasses… Just kidding. That, of course, was Montana’s new Congressman-elect Greg Gianforte. (Yeah, yeah, allegedly bodyslammed.) Let’s try this again. Abbott caused a scandal when he said he could shoot someone…