During an interview with Steve Kapchinskie of Martin’s Place in Bryan (since 1925), he mentioned a copy of an old menu that he had in his records. The menu is from the forties,and he was kind enough to scan it and send it for us to post it here. 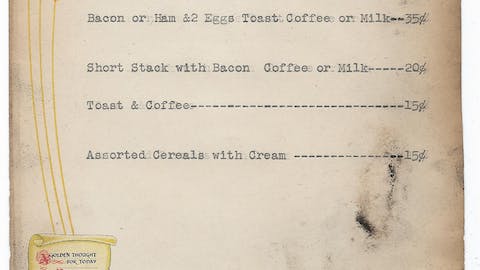 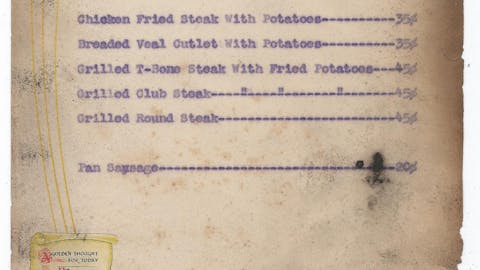 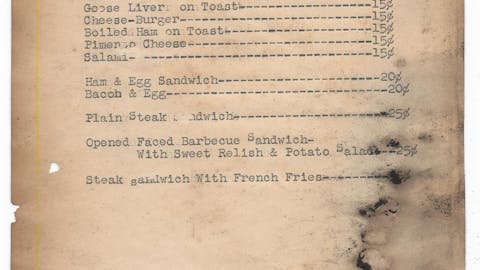 Martin’s Place started as a barbecue joint and has remained so ever since, but the menu has changed quite a bit. In the forties it was one of few stops out in the country between downtown Bryan and the agricultural communities south of town, so it served a cafe style menu along with the barbecue. As you can see, there wasn’t a choice for what kind of barbecue cut you preferred. You won’t find ribs, smoked sausage or even brisket. Whether it was a sandwich or a plate, it was all just “barbecue,” and the only sides available were fries and potato salad. You can still get the fries and potato salad on today’s menu, but most everything like the goose liver on toast are gone.