Dickey’s Barbecue Pit has more than 500 locations, but their newest remodel in Dallas is one of kind—for now. New graphics, lighting, and design flourishes give it an updated look that’s five years in the making, says CEO Roland Dickey Jr. in an article by Restaurant Business. It’s an update that will become the template for the brand’s new locations.

I visited it recently, and not much has changed on the exterior other than some new window graphics. There’s also an old-timey shingle sign stuck onto the corner of the strip center building. The interior design is revamped with subway tiles, distressed wood, the faux chalkboard look, and a large diagram of beef cuts. Imagine Brooklyn circa 2010 crossed with Jimmy John’s. It’s slick and still comfortable, and honestly a lot more welcome than the other option of boots, spurs, and cow skulls. If only for the spectacle, I wish they’d have used this opportunity to resurrect the community cheddar cheese wheel that once sat in the middle of the original Dallas location on Henderson and 75. 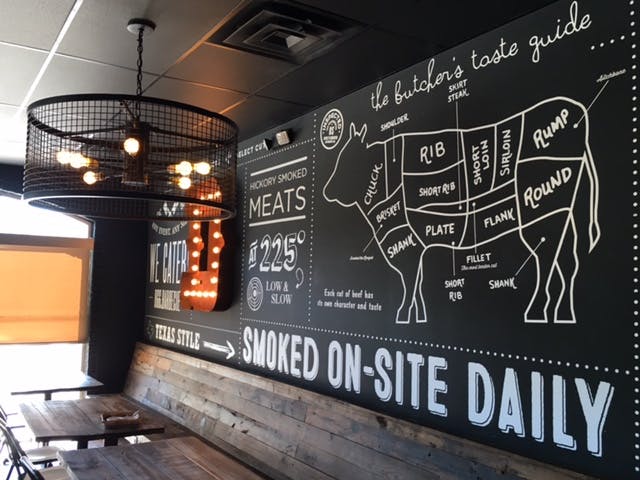 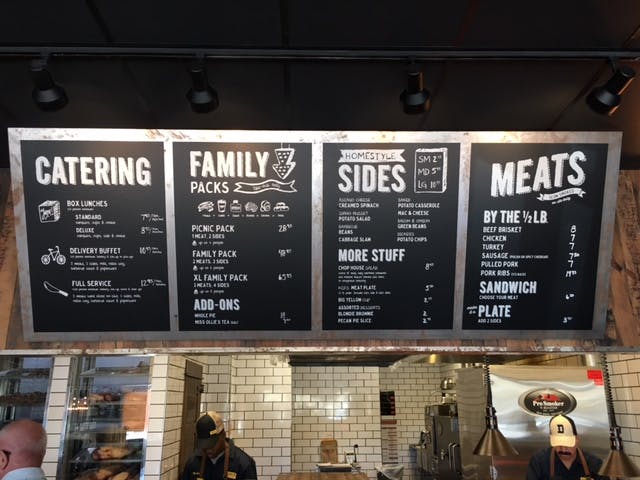 The space is smaller than the usual footprint, and the menu is shorter. Fryers no longer take up space in the kitchen, and their removal also saves on initial build-out costs of future stores. As a replacement for many of their fried items, you’ll find “Asiago Cheese Creamed Spinach” as a new side. Hot links and ham are also missing from the menu, which now displays prices by the half pound. Of course, the brisket isn’t going anywhere. The version I tasted was an improvement over what I’ve had at Dickey’s in the past–but that’s a low bar. 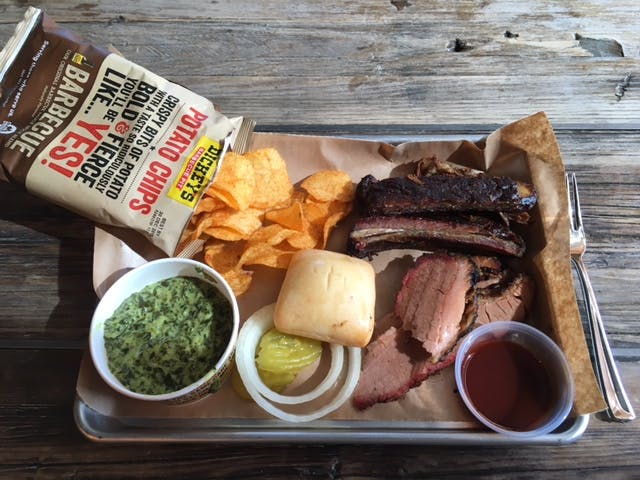 The kitchen is open-concept, with a glass cooler case displaying the raw meats and a new smoker in full view. Many Dallas locations use J&R Oyler smokers, but this one features a shiny new Pro Smoker ‘N Roaster. It’s the first time I’ve seen this Wisconsin-built pellet smoker that uses compressed wood along with gas heating elements to smoke the meat. I was also surprised to see the other pit sitting behind the pellet smoker. It’s a newish model in a line of smokers from Myron Mixon of BBQ Pitmasters fame. An employee with “Pit Master” printed on his apron said they hadn’t yet used it. Since the pellet smoker will never see a split log, maybe Mixon’s smoker will use all the shelved wood that’s oddly stacked up around the place like knick-knacks crying out for authenticity points. 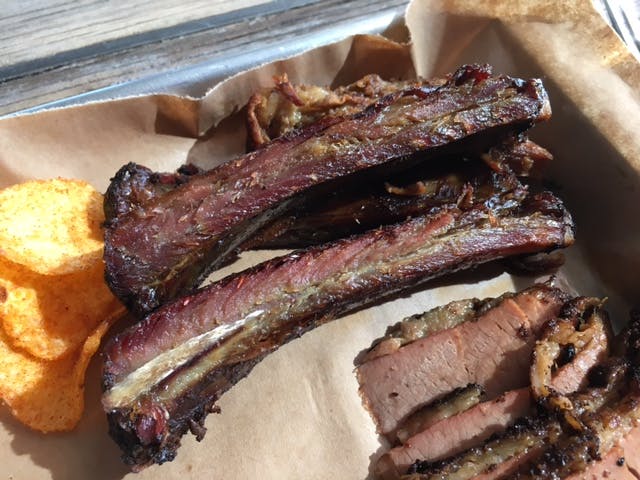 There are still some kinks to work on. The cashier nearly overcharged me by $10 for a combo plate, but was corrected by a manager. A customer behind me seemed like a regular and immediately wondered aloud about the daily special. Those are gone too, going along with the theme of “a leaner, meaner profit machine,” as Roland Dickey Jr. described it to Restaurant Business. Then there was the other meat in my order. As one of the first customers of the day I got a few desiccated pork ribs that were pre-cut and wrapped in plastic for overnight storage. Even at Dickey’s version of tomorrow, you still might end up with yesterday’s ribs.