Our logic here is simple. To paraphrase a commenter on Twitter who put it best, Texas BBQ > other states’ BBQ > other countries’ BBQ. Of course, this will ruffle some feathers with our Southern friends, who persist in the fanciful idea that there is any contest here at all. The June issue (which officially goes on sale next wednesday, though there are reports of some retailers are putting it out early, and can you blame them?) will put that delusion to rest once and for all. In it, you’ll find debates between partisans of various regional styles (including Calvin Trillin repping KC) as well as painstaking explanations for why Texas barbecue is vastly superior to all other forms.

All of that will be further underscored by the relaunch, also on Wednesday, of tmbbq.com. This site, which we introduced a couple years ago as a database of reviews, has gotten a major overhaul. The new tmbbq.com will be a much more content-rich place, with news, interviews, reviews, and feature stories posted on a daily basis, mostly by our new barbecue editor, Daniel Vaughn. We’ll also have info and ticketing for our ramped-up barbecue events series, not just our annual BBQ Festival, but also our BBQ Road Trips and a whole lot more. For the next few days, you can get a taste of what this new site will be like by following @tmbbq.

The reason we can do all this and not run out of material is that Texas BBQ is so vast, so varied, and so damn good. Can you imagine any other regional style of barbecue supporting an entire editorial franchise like this? Didn’t think so. 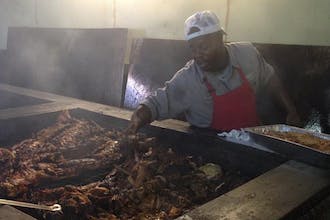 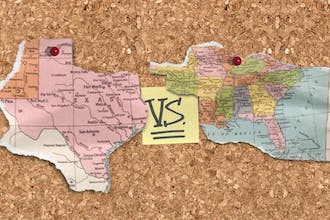