With what seems like three new barbecue lists coming out daily during the summer, I’ll forgive you if you didn’t notice the new one this morning. However, many did comment on Thrillist’s new one entitled “An Expert Panel Ranks the 5 Best BBQ Joints in Dallas.” This list included four familiar names, and left off a few that I think make great barbecue. Most folks took issue with TD’s BBQ in South Dallas being included at #5, so I went there for lunch today.

TD’s BBQ sits in a small brick strip center along Lancaster Road. It anchors the south side of a mile-long stretch of Lancaster that includes Record’s Barbecue and CT’s Real Deal BBQ. Barbecue is popular in the neighborhood, but the neighborhood might not be as popular to those who frequent the other barbecue spots on Thrillist’s list. I wondered how many laughing at their inclusion had ever bothered to visit TD’s. 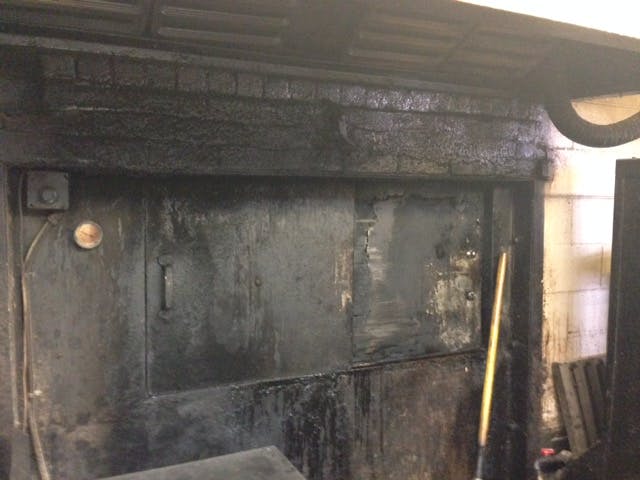 It smells like smoke outside and in. A custom Bewley smoker anchors the kitchen. The brother and sister team of Tommy Dale Fields (TD) and Lela Fields had it installed when they took over the place in 1989 and named it TD’s. Tommy learned the trade from Two Podner’s BBQ near Fair Park. Lela makes the cakes and sides and Irv cuts the meat to order. They’re known for their stuffed baked potato and a proper chopped beef sandwich that’s just $1.5o. 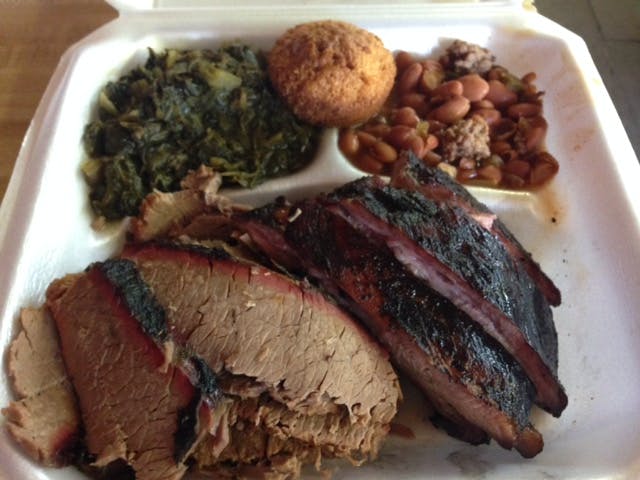 You have to battle the television to have your order heard, but then the volume is turned up to get above the fans placed around the dining room. There’s no AC in TD’s. They’ve gotten by with it for this long. They also had to overcome prolonged construction of the nearby DART line that closed down access to their parking lot a few years back. Like any barbecue joint, keeping TD’s going for a quarter century hasn’t been a breeze. 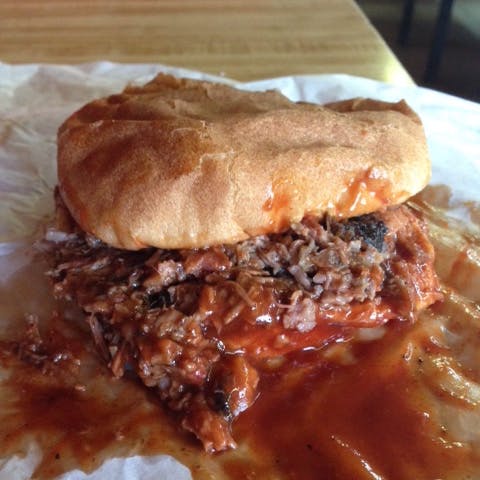 I ordered enough for three. The ribs and brisket were both smoky. The former may have been a bit tough, and the latter dry, but the stuffed baked potato lived up to its billing. There isn’t a better barbecue value than that $1.50 chopped beef sandwich. Smoky, fatty brisket is served on a warm bun with plenty of sauce. TD’s sliced brisket might not be the best I’ve had locally, but so what?

These barbecue lists come out with such frequency, TD’s brief time in the spotlight will sadly be forgotten when the next one comes out, which might just be tomorrow. The Fields have cooked real barbecue with wood in a steel pit for twenty-five years. They got a little attention on a local barbecue list. Are you going to walk in there and tell them they don’t deserve it? If you do, at least grab a chopped beef sandwich on your way out.