I didn’t go looking for a barbecue theme as I drove around the rural roads northwest of Fort Worth, but I found plenty. It seems in the Azle/Rhome/Haslet part of the state that a barbecue joint can’t operate unless it has hand-cut fries (five out of five that I visited) and smoked bologna (three out of five) on the menu. There’s no complaint in finding good fries, and I guess the bologna love can be chalked up to the close proximity to Oklahoma where they call it “Oklahoma tenderloin.” Sadly, another theme was awful brisket and smokeless turkey, but my final stop in the area was the lone bright spot.

Avondale Station BBQ is located directly along the old route for Highway 287. It’s housed in a former gas station, but the interior is more cozy than expected. Orders are taken by the friendly staff at a counter just inside the door, but the meats are carved and packaged in the kitchen area. From the multiple stops immediately preceding this one which included stringy, pulled brisket and day-old ribs, I braced myself for the worst while opening the lid on my three meat plate. 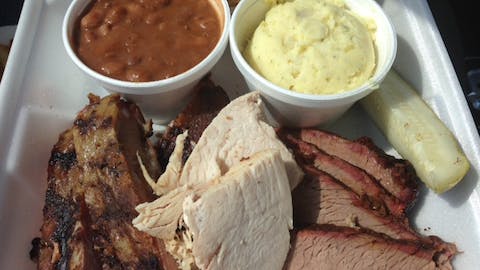 The lean brisket looked and tasted better than any in the area, but that’s not saying much. The meat was tender and moist, while the flavors were muted, and the fat was gone. There was barely a whisper of smoke, which was more than could be said for the turkey. I’ve seen the same issue at a few joints recently. They smoke a whole breast with the skin on, then remove the skin to slice and serve it. What’s left is roast turkey that’s tastes like Thanksgiving and is begging for some gravy. The ribs were the smokiest of the trio with plenty of seasoning, but they were dry and needed a dunk in the sauce, which is a zingy tomato-based version. 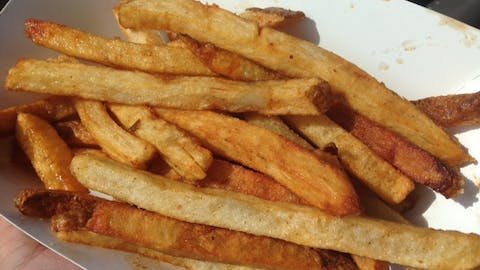 Sides of ranch beans and potato salad tasted homemade. The potatoes were nearly all mashed in the salad that had bits of dill and some added pickle relish. But it was of course the crispy, salty fries that I kept going back to. Although the cashier tried to sway me toward the frozen onion rings, I held my ground and got the best side item of the day. Too bad you have to purchase them separately since they’re not an option on the combo plates. 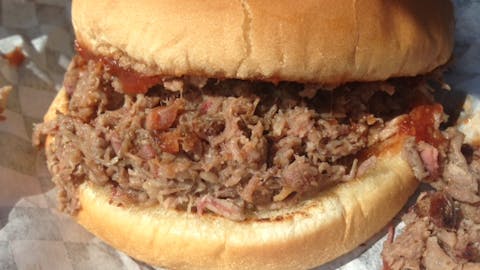 Those fries would go great with a solid chopped beef sandwich, but this one missed the mark. The meat was so finely chopped it must have gone through a grinder. Even paired with a healthy dose of sauce and placed on a grilled bun, it was missing some pop. Pickles and onions might have helped, but they weren’t included with the order. I’d suggest the fifty cent splurge for the jalapeño relish. I tried it on the thick cut smoked bologna sandwich, and they made a better pair than I’d imagined. 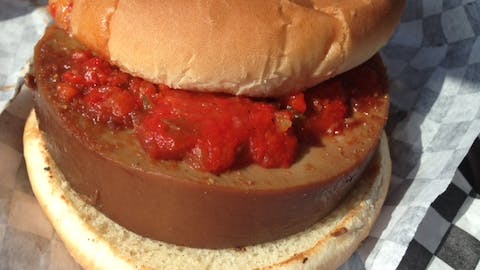 A couple cobblers and banana pudding are on the dessert menu. The pudding is made from a vanilla-flavored box mix, but it was decent. You’ll have to get there earlier than I did for the cherry cobbler which was gone by 1:00.

For an area with a multitude of bad barbecue options, it was a welcome change of pace, but being good by comparison doesn’t make it destination worthy. Avondale Station BBQ is a joint that’s worth a stop, but not a special detour from the better options within Fort Worth, unless you’re craving a bologna sandwich and fries.