Just a few months after opening in early 2015, Dallas’s Back Home BBQ pulled a barbecue mulligan: They shut it down. The already renovated Chinese restaurant got re-renovated. A new patio and sign were installed, and the menu was overhauled. When it reopened last November, pitmaster Carl Anderson began cooking with oak in a J&R smoker that sits in the kitchen, but he told me when he first started out they were using an Alto-Shaam. Dallas might not be Lockhart, but it’s now a city with plenty of options for great barbecue, so it’s hard to compete when armed with a few wood chips in an electric oven. Anderson said of the now gone Alto-Shaam: “Not enough smoke for me.”

The smoker selection was just one of the odd decisions made early on about this joint. In Texas, barbecue is lunch time food. Plenty of joints are now open for dinner too, but Back Home BBQ began as a dinner-only operation. Like a craving for Chick-fil-A on a Sunday, I always happened to be driving by the joint around noon. From early reviews, I’m glad I waited for the reboot with lunch and dinner offered. 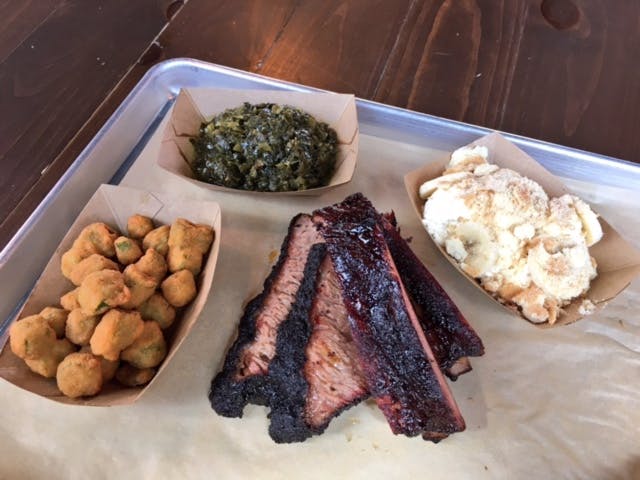 Owner Jeff Wells told the Dallas Morning News that brisket quality was the focus for the reopening, and it shows. On three visits in the past month, the sliced brisket has been consistently good. Slices are juicy, smoky, and exhibit exemplary tenderness, but could have used a little salt. I never had to specify, but always ended up with slices of fatty and lean brisket. The same can be said for the chopped beef sandwiches, which were remarkably good. They’re built with a foundation of chopped fatty brisket, which is then fully covered by a cascade of chopped lean bits. Each bite provides a little of each, so not a drop of the achingly sweet sauce is needed to keep the sandwich moist. 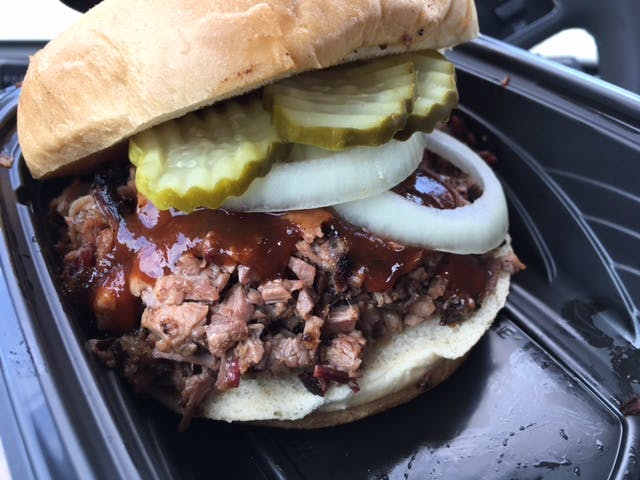 The quality of ribs depended on the time of day. While tasty and moist at lunch, by dinner the ribs were more than a little dry. The Earl Campbell sausage (not the hot links) was juicy and flavorful. I used the drive-thru for another lunch where the brisket was still good eaten in the front seat. The pulled pork, however, was a bland version more appropriate as sandwich filler. 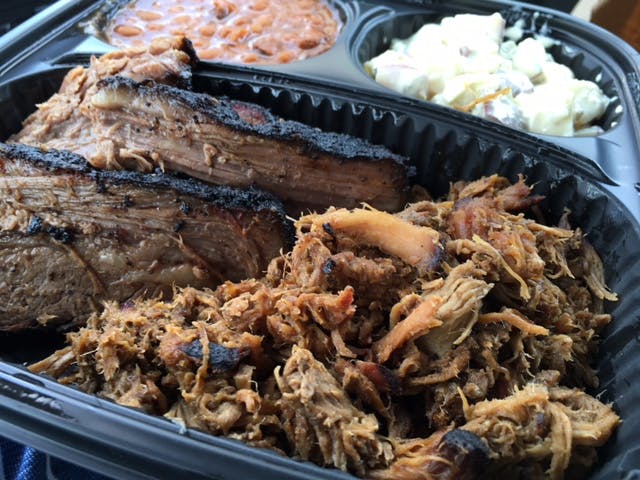 The only truly bad item I was served was the smoked chicken quarter. The meat was dry, with the flavor of ashes, and the skin so black it looked like a mistake. 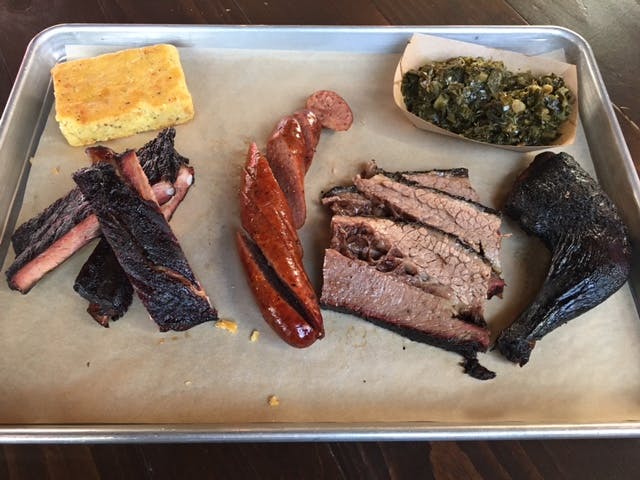 Of the many sides, the crisp fries and sweet beans were enjoyable. There is no option for pinto beans, but there was a familiar creamy slaw and a red-skinned potato salad doused with too much sugar. Corn bread was more of a failed corn pudding, but the simple yet satisfying greens made up for it. 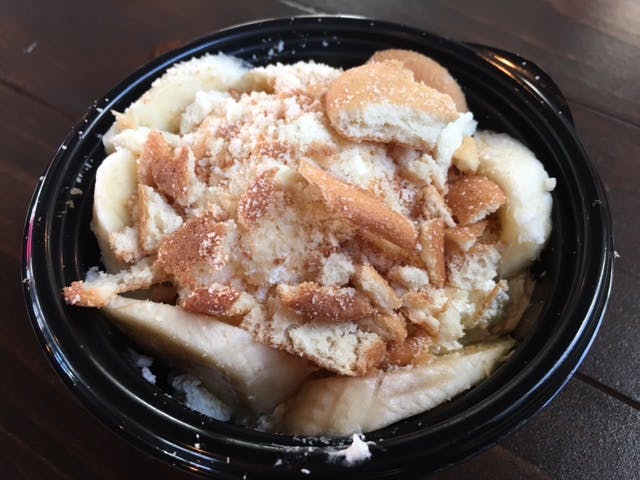 I didn’t spring for a basic looking pecan pie, but the fluffy banana pudding with crushed wafers is a crowd pleaser. Even with dessert, this joint won’t break the bank. A combo plate with two meats, two sides, and a drink is just $12.99. That’s cheaper than the Dickey’s equivalent, which—let’s face it—is Back Home BBQ’s competition. With a drive-thru and value pricing, it’s set up to siphon off business from other quick service options. Then again, there’s nothing wrong with a family friendly joint serving brisket that’s better than it needs to be for the price. If they could just get the rest to match it, I might hit that drive-thru window more often.