You may have been familiar with the Baker’s Ribs location in Deep Ellum. It stood for decades in a brick building on Commerce Street with a large pig painted on the side. They leased that building but were looking for a permanent home, so they bought a building just a few blocks away in the same Deep Ellum neighborhood. I made a couple of stops to see just how well they’ve dealt with the transition. 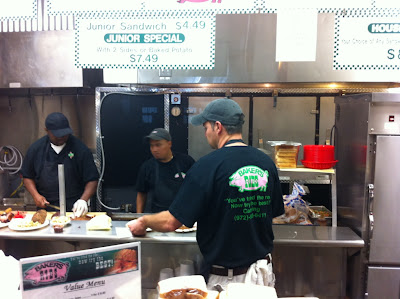 Some things have changed for the better, like the addition of the Original Fried Pie Shop inside the restaurant (more on that later), and some things have thankfully remained, like the all-hickory-fired Bewley smoker that they brought over from the old location. It was so clean and shiny I thought it was new, but the lady doling out the food orders said they just gave it a good cleaning. 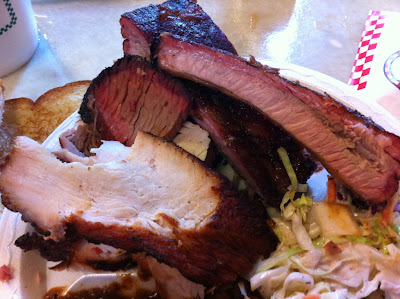 I’ve always liked the brisket here from a smoke standpoint. Baker’s knows how to get the smokiness into the meat, but it’s harder to also keep the meat moist and tender. The beef on this day was no different than I’d expected, which is to say that it had a great-looking black crust and ruby-red smoke ring along with a strong smoky flavor, but it also lacked good seasoning, good fat, and it was just too dry. An unexpected meat option of fried turkey was outstanding. They smoke a seasoned turkey breast then dunk the whole thing into a fryer to finish it off. The result is juicy turkey whose slices have thick crispy edges. It was some of the better smoked turkey I’ve had. No word whether or not fried brisket will make it on the menu. 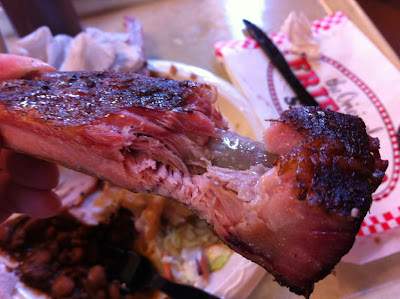 The ribs were also excellent. The meat was moist and came from the bone perfectly. A subtle sweet rub allowed a good dark crust to form and the meat was very smokey. I included the photo above to show how a well-cooked rib will look after a bite is taken. The bone should be exposed easily, but the meat on either side of the bite should remain intact. It should not fall off the bone entirely, nor should there be meat left on the bone where the bite was taken. 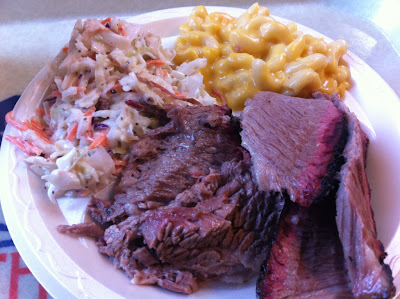 On a subsequent visit I ordered a plate of both lean and fatty brisket. If they could just mix the supple texture and richness of the moist brisket with the smokiness of the lean slices, then they’d be onto something. Neither cut was great on its own, however. All of the sides here are good, from a simple creamy mac and cheese to crispy coleslaw and a potato salad heavy with dill. Don’t forget about dessert either. 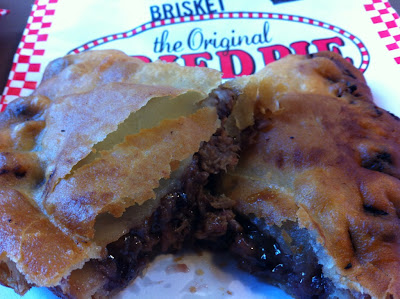 If you want one of these famous fried pies, you have to order them at a second counter at the back of the restaurant and pay for them separately there. A wide array of filling options are offered and all pies are made to order. This allows you to create flavor combinations, which is actually encouraged. The lady frying the pies on this day confirmed that I could combine any fillings together in one pie since it would be made fresh. Brisket and pulled pork are filling options and I really wanted to try the shredded beef in pie form. I thought pecan and blackberry might be complementary flavors so I asked for what was probably their first order of a brisket, blackberry, and pecan fried pie. This masterful combination of ingredients landed on the table just as we were polishing off the barbecue. It was hot, flaky, and rich from the overflowing filling. The sweet blackberry, nuttiness of the pecan, and the smoky beef were a better match than I’d ever imagined. This was an excellent dessert but could easily double as a hearty main course. I’m thinking apricot and pulled pork for my next visit.