It’s a long drive from Deep Ellum to Weatherford, but repeated pleas from the owner of this Baker’s Ribs west of Fort Worth had convinced me that they were doing something a little different than their forebearers in Dallas. The owners posted photos of hormone-free, antibiotic-free briskets they’re using from Creekstone, the pork rib photos looked good, and then there are the fried pies – so many fried pies. 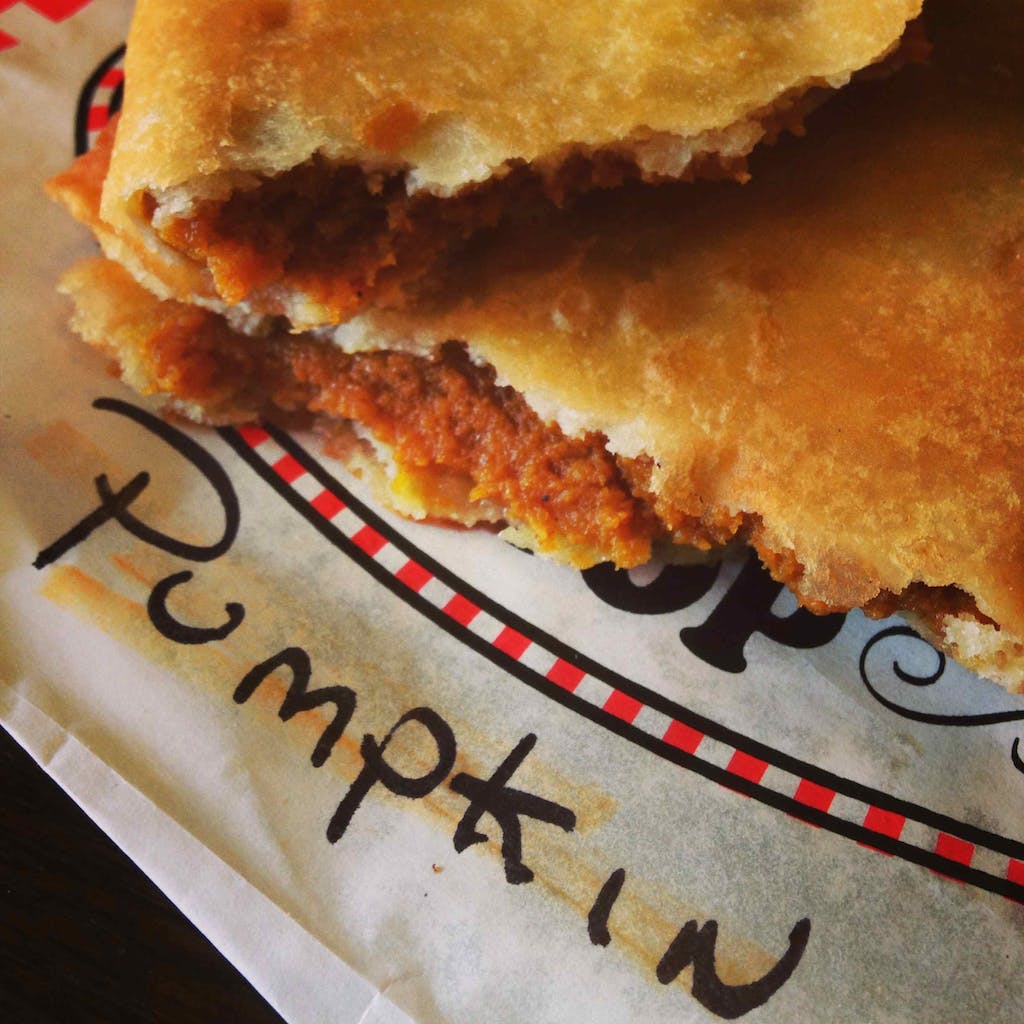 The Fried Pie Shoppe is located within this (and a few other) Baker’s Ribs locations. They make all of the pie dough fresh and fry up about two or three hundred a day. It’s getting to be fall so they had just added pumpkin to the mix. It wasn’t noon yet, so I started there. Even though it wasn’t hot from the fryer (presumably they are when they open at 7:00) the pie tasted lighter than I expected. It wasn’t greasy and there was just enough of the spiced filling. I needed a few more to take home and they travelled well. I also got some barbecue. 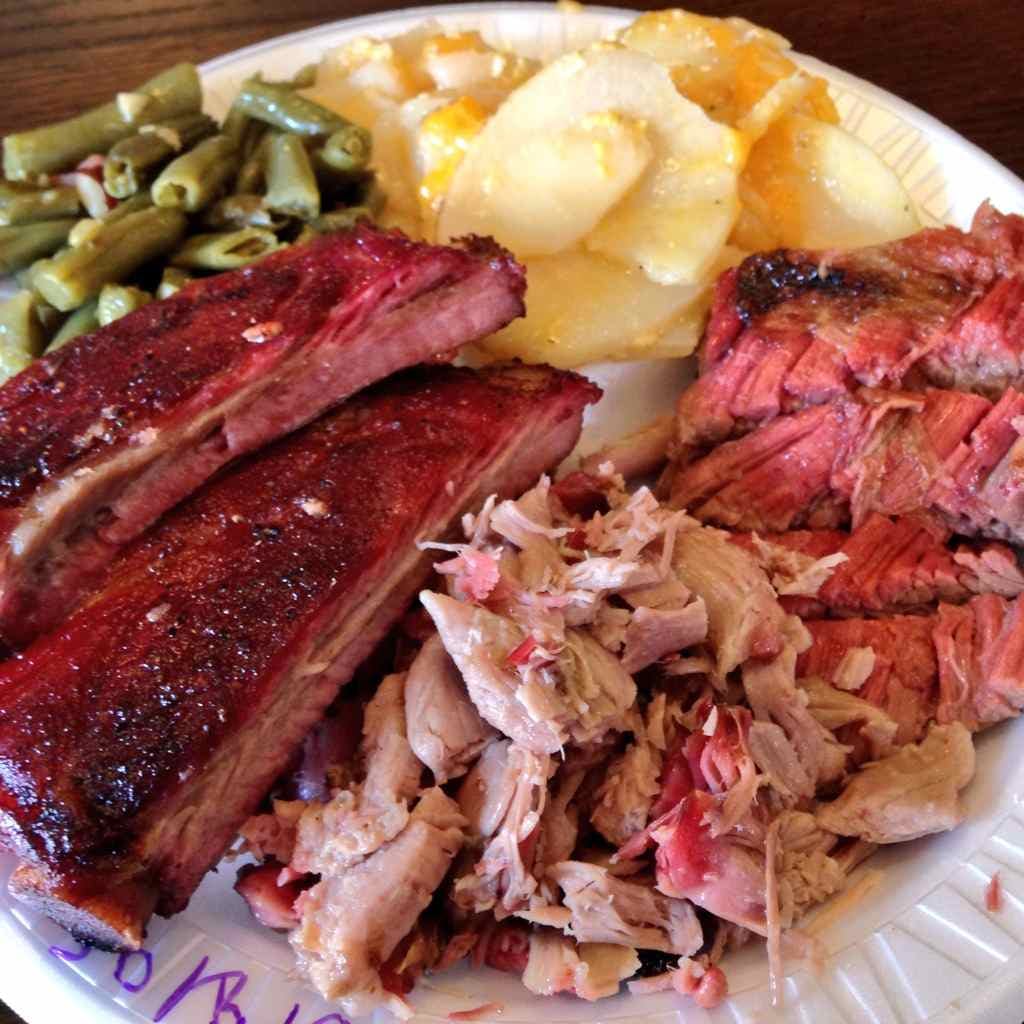 As I was being served it was great to see them pull a chunk of pork off of a whole shoulder before commencing to chop. There’s no dry pre-chopped meat here. The generous serving was moist and smoky, and needed none of the sauce. I asked for fatty brisket slices and I got four thick ones. I’m not sure why they shaved off every bit of the crust before serving, but the meat was still tender and well cooked. The flavor was just flat without the boost of smoke and seasoning that was thrown out with the crust. I was puzzled why they’d think someone asking for “fatty brisket” would be offended by exterior bark and fat. Specify that you’d like the crusty pieces when you order, and the ownership assures me you’ll get it. 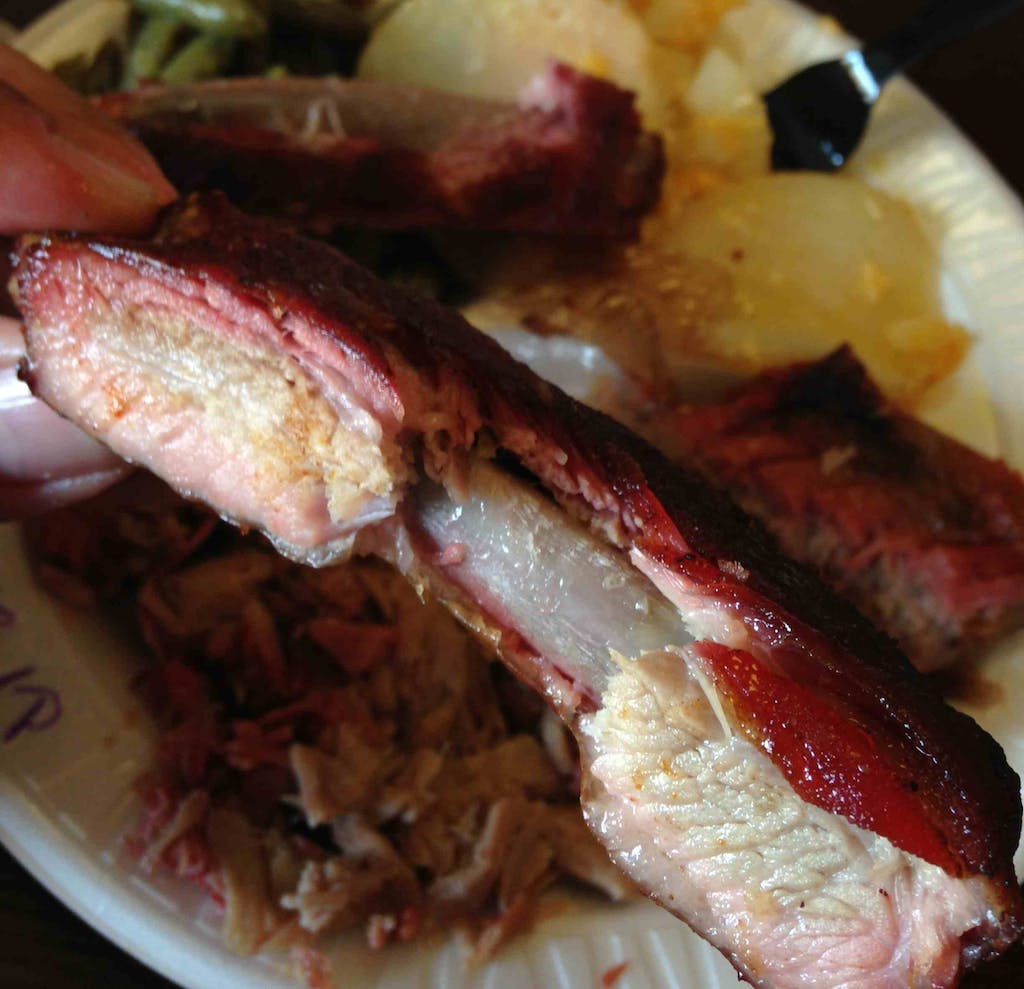 The name of place is Baker’s Ribs, and they did well by the St. Louis cut ribs they’re serving. A bite of rib came away cleanly from the bone showing the perfect texture. A big boost of sugar and cayenne in the rub made for a sweet and spicy flavor that melded well with the smoke. These are some good ribs. I’m familiar with the dill potato salad, beans and slaw, so I went for scalloped potatoes and green beans. Both were better than average, but I’d choose the potato salad over either. 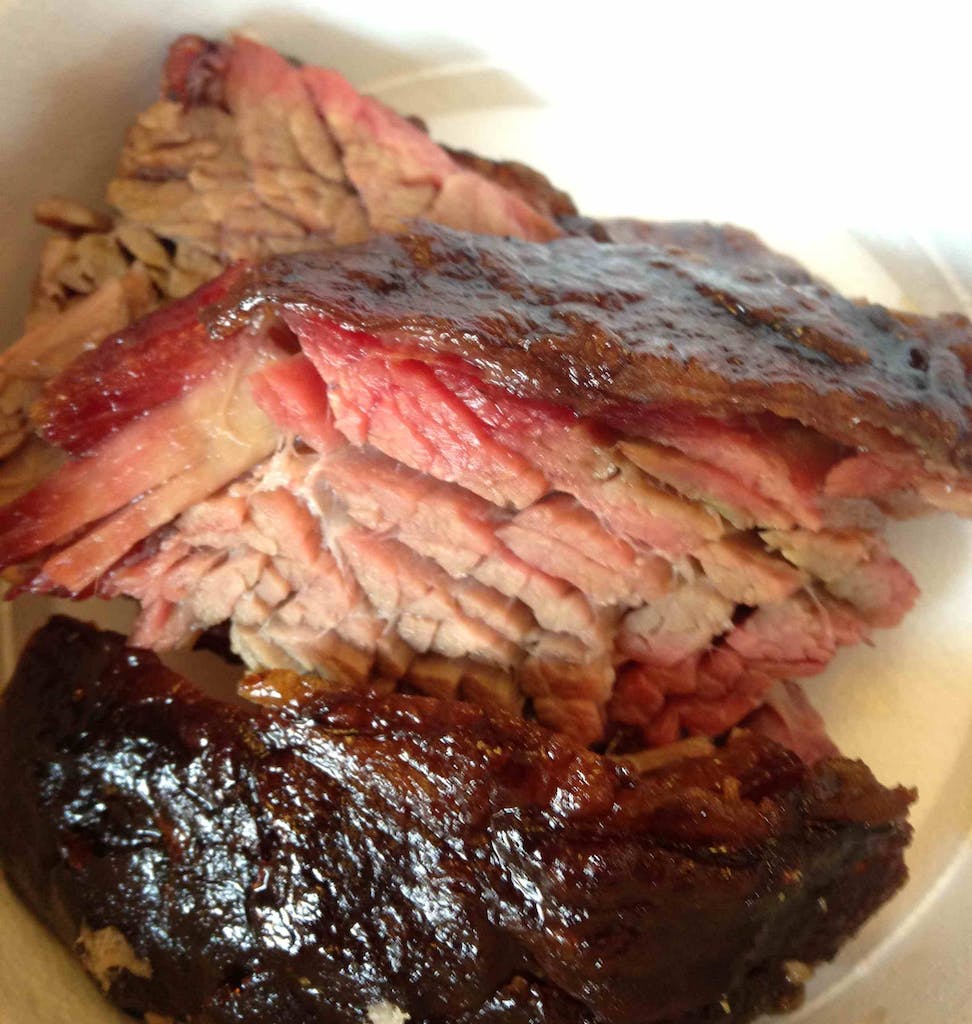 Just as I was taking the rib photo, the owners walked up to my booth. They asked about the food, and I was honest. Brian quickly came back with some end-cut brisket. It was much improved, but I wish that’s what I’d been served initially because that’s what I have to base this review on. It wasn’t until I tried two other local barbecue joints that I knew how good that brisket was for the area. Crusty brisket or not, this joint near the interstate beats their Weatherford competition pretty easily, and they have those fried pies.