I eat a lot of barbecue, but rarely do I fear taking a bite of what I’m served. This weekend was one of those rare experiences. It was some of the most soulless, thoughtless barbecue I’ve encountered. There were so many questionable decisions made in the course of assembling a single order, I couldn’t tell if they were born of apathy or ineptness. Whichever, they reflected poorly on a new business in a small town with established competition. Let’s call it a teachable moment.

1. Open flames and plastic wrap don’t mix. A cabinet smoker sat in the kitchen. When it was opened there were flames flicking up from the bottom of the smoker into the racks of meat above. Some of that meat was wrapped in plastic, including the beef ribs I ordered. When I took a small bite I didn’t know if it was lighter fluid or burned plastic that I tasted. Neither made a for a good first impression. 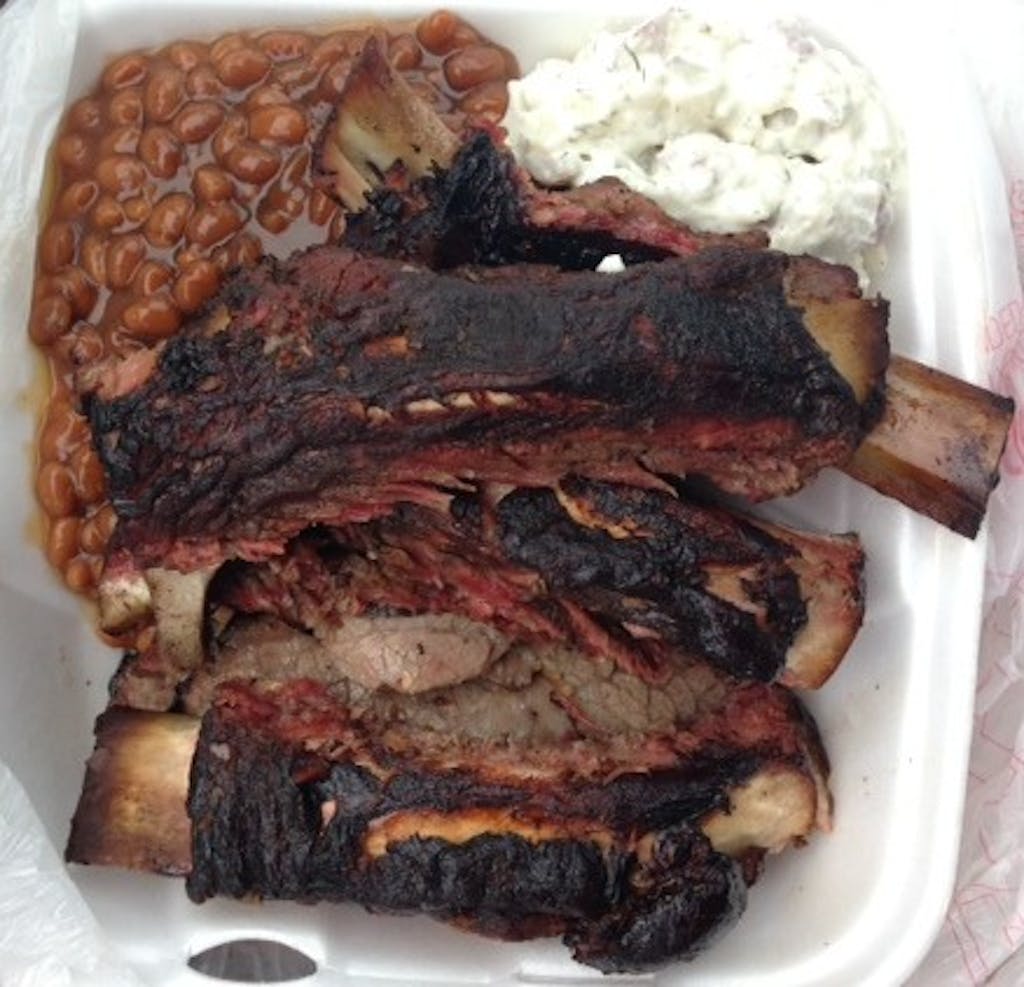 2. If you wouldn’t eat it, don’t serve it. When a brisket is sliced, and then stored for a while, the exposed end dries out. Sometimes it develops a crunchy, jerky-like layer. Would you want to eat that first slice of unintentional beef jerky? Of course not, and neither would I. Don’t give that to people who paid for edible barbecue. 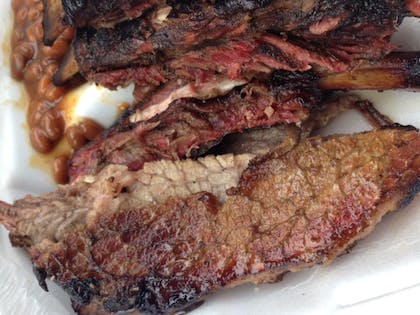 3. Try as hard or harder than your local competition. If the barbecue joint one mile away with an established business is making respectable barbecue and homemade sides, don’t expect to steal their customers with canned baked beans and grocery store potato salad. Prices that are a bit lower may get them in the door once, but that burnt plastic wrap flavor is hard to forget no matter how scant the bill.

The restaurant was new, just two weeks old, so it’s unfair to write a full review. These are problems that could potentially be fixed, but if this is where they’re starting it’s a steep climb to warrant a return visit from anyone.