The spring of 2015 looks to be bullish on barbecue books. A new one seems to show up in the mailbox every week, and I’ve finally gotten the time to thumb through them. This is by no means a complete list of the barbecue books hitting the shelf this year, but I’ll get to the rest in the future. 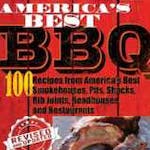 In 2009 a pair of barbecue competitors, Ardie Davis and Paul Kirk, became road trippers and released the first version of this book that took readers on a journey across the country to try a variety of American barbecue dishes. This is an updated version with new barbecue joints featured and new recipes, but most of the content is repeated from the earlier version. Thankfully, this version includes a few more Texas joints, and the personal Top 10 lists of each author shows how much quality time they spent in the Lone Star State. 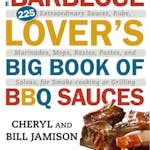 If you prefer the seasoning rub or barbecue sauce that advertises itself as something that “goes good on anything” this isn’t the book for you. The Jamisons believe that “seasonings should be fine-tuned to what they are flavoring.” If you can’t find one to your liking, that’s your fault. The variety is staggering. To help speed the search through all 155 recipes the book is broken up into different chapters based on the proteins destined to receive the sauce, with a little on fruits and vegetables toward the end. While some of them are more complicated, most of the recipes are in the 5-7 ingredient category. I’m all for a plain salt and pepper rub, but these recipes will be a big help when that boneless, skinless chicken breast needs a boost. 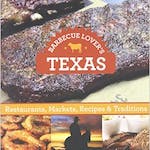 This is the best recent barbecue guide book I’ve found for Texas barbecue. There are plenty of familiar names, but the many lesser known barbecue joints highlighted here show just how much research went into the recommendations here. There was some real time spent on the road into every corner of Texas. The book came out late last year, so shame on me for just getting to it, but the information here is fresh. I only counted one barbecue joint in there that has closed, and that’s a pretty good ratio in this business. There’s even a few joints in there that I haven’t made it to yet. 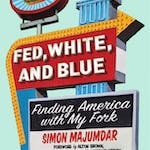 Author and television host Simon Majumdar became an American citizen in 2014, but before turning in his green card he wanted to work his way across the country in search of food. He was looking to find how our food makes us Americans. There’s an expedition to Alaska in search of salmon, and a search for a great lobster roll in Maine. This being a homage to American food, there’s also plenty of barbecue. Majumdar suffers through the cold in Nebraska to see the working of a barbecue competition, checks out his first Kosher barbecue competition, and attends a brisket-heavy tailgate at the University of Texas. Then he heads to the source to see how beef is processed at a slaughterhouse in Nebraska. It’s an interesting look at our American foodways from a different perspective. 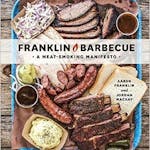 I wrote about this one in detail last week, and I said then that “for a barbecue cook book, Franklin Barbecue is revolutionary.” Basically, you need a copy if you’re serious about the science of meat, wood, smoke, and barbecue. This book will make you a smarter pitmaster, and you’ll be learning from one of Texas’s best. 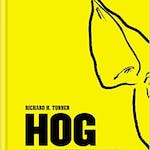 Last year the guys from Pitt Cue Co. in London put out their restaurant cookbook. It was a success, and this year one member of the team has launched his own cookbook. Richard Turner takes a detailed look at pork in every form, “from the snout to the squeak,” in HOG. It’s not all about barbecue and doesn’t pretend to be. There’s plenty for the grill and the oven, but Turner does get around to the smoked bits toward the end. Most of the entries are familiar, and there’s even a spare rib recipe from Aaron Franklin, but the peppered bacon ribs are an atypical eye-catcher. A bonus is the extensive descriptions of the many heritage hog breeds out there. 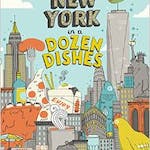 Yes, it’s a book about the evolving cuisine of New York, but there are some surprising homages to Texas in here as well. Sietsema is a Dallas native with a continued love of Texas barbecue, and he helps to put the current Texas barbecue boom in NYC into a greater historical context. The most surprising chapter is a detailed look at pastrami and its possible roots in Texas. It’s a great read for any food historian, or just someone interested in eating well in New York without seeking out the latest hot and new restaurant list. These are the New York classics. 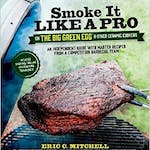 Rather than trying to create a barbecue book to fit all audiences, Eric Mitchell wrote this entire book around the use of one piece of cooking equipment – The Big Green Egg. It’s not just recipes for the grill, but also includes a full guide for properly using a BGE successfully. BGE’s (and other ceramic cookers) are versatile, and this book shows that to the fullest. Of course it’s great for grilling and hot smoking (Mitchell’s competition barbecue recipes are included), but there’s also instructions on how to turn it into a cold smoker, bread oven, and pizza maker. Then through the addition of an oil-filled dutch oven, it also becomes a deep fryer in case you want some fried plantains with your ribs. 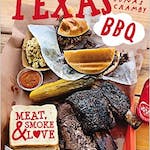 Texas Barbecue reads like a wide-eyed tale of barbecue discovery. The content isn’t all that deep or detailed, but that’s what you get with a Swedish author who first published this barbecue book in Sweden in 2012. The good news is that Texas barbecue is pretty big with the Swedes, and this book helped show them how to cook it like a Texan. The book is now being released in the US later this year (the UK had their turn in 2014). I can see its appeal to those seeking an introduction to barbecue in Texas, but those who have already been to Lockhart, Luling, and Lexington for barbecue might be underwhelmed. 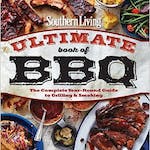 Southern Living partnered with Christopher Prieto of Prime Barbecue in North Carolina to develop over 200 new recipes. The press release says the book is all “about barbecuing with true Southern style,” and that includes Texas. Therefore, beef is as well represented as pork. The book begins with a good explanation of the different meats, woods, and smokers discussed in the book, but the information will be nothing new to experienced backyard cooks. Being from the competition world, Prieto is more familiar with brisket than most Carolinians, and the brisket prep techniques are sound. He even includes a recipe for smoked chuck roll. About 1/3 of the way in, this barbecue book becomes a grilling book, trading rub recipes for watermelon salsa. Then it finishes with a whimper in the “Rainy Day BBQ” section that includes a “Texas-Style Barbecue Beef Brisket” enhanced with liquid smoke and cooked entirely in a crock pot. I’ll give Prieto the benefit of the doubt and assume the contradictory indoor barbecue section was the idea of the New York based publishing house. 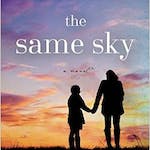 It’s odd to see a fiction book on this round-up, but this one is different. The characters in The Same Sky are barbecue joint owners in Austin, and much of the narrative centers around their business. If you know the people who make the barbecue in Austin, you’ll recognize this mash-up of the Franklins and the Muellers with a little Lockhart thrown in. You won’t learn much about how to smoke a brisket, but seeing characters developed from the barbecue world and placed into a larger narrative made for an entertaining read.