– The Arby’s Smokehouse Brisket Sandwich has been the most successful new product in the company’s history.

– The Plano location of Lockhart Smokehouse had plans to open in December. They had some delays, but things look to be nearing completion:

– Eater Austin has mapped out a great list of underrated barbecue in the capital.

– The Houston Chronicle goes in depth on the weekend that was Camp Brisket.

– Want to know more about how we consume meat around the world? Check the Meat Atlas.

– On Sunday 2/2 you can get a history lesson in how barbecue was done over a century ago. Food historian Michael Twitty will cook a whole hog using those methods in Austin.

– There’s a free lecture about the beef industry at UNT in Denton on 2/5 called “The Symbiotic Ideology: Stewardship, Husbandry, and Dominion in Beef Production”

– Harsh words for Slow Bone from a local Dallas blogger:

COUNTER CULTURE. // @theslowbone is OK. But it’s not the BBQ mecca it’s made out to be by so many. Not yet, at least. http://t.co/eRdaEpusdE

– Rodney Scott of Scott’s BBQ in Hemingway, SC is in the midst of his exile tour while his pit room is rebuilt. Here’s a report on his stop in Atlanta.

– It’s Meat Week in Washington D.C. and that means a BBQ Food Truck Face Off along with other meaty events.

– A Virginia barbecue joint made good after an appearance on the television show Shark Tank.

– The OC Weekly in southern California dedicates a blog post to the Costco food court brisket sandwich. It must be good, right?

– North Carolinian John Shelton Reed feels that “Wood-cooked barbecue is in danger” in his state. His response was to start and certification program called True Cue.

– House cured and smoked pastrami at Spoon in Dallas:

– In April the Big D BBQ Battle is coming to North Dallas.

– If you like to vote for restaurants, the Dallas Morning News’s poll for the best barbecue in the area closes tonight.

– A rundown of the food available at the Fort Worth Stock Show including Coburn’s BBQ.

– WFAA in Dallas should know better than to have “Texas Barbeque” in the title of a crock pot recipe. Can lose, if you ask me:

– Scientists fear compounds like benzoapyrene, which is created by grilling food over high direct heat, are more dangerous than originally thought.

– New regulations set to take effect later this year in the EU could eliminate the sale of some smoked foods like sausages and hams that contain too much benzoapyrene.

– Steven Raichlen provides his predictions for the world of barbecue in 2014.

– Doing good in the world through barbecue:

– Art Blondin of the now closed Artz Rib House in Austin has moved on to Florence, TX where he has opened Art’s Ribs and BBQ.

– Vitek’s in Waco will be featured on the Travel Channel on their show 101 Tastiest Places to Chow down.

– The Austin Food & Wine Festival announced their line-up of culinary talent. Those with a barbecue background include Aaron Franklin of Franklin Barbecue in Austin, Tim Love of Woodshed Smokehouse in Fort Worth, Jason Dady of Two Bros. BBQ Market in San Antonio, Tim Byres of Smoke in Dallas, and Wayne Mueller of Louie Mueller Barbecue in Taylor.

– A good review of Valentina’s Tex-Mex in Austin from the Smoking Ho.

– Wood. Smoke. Meat. tells you where to get good barbecue in Austin without a wait.

– The Humble Rodeo BBQ Cook Off starts next week just north of Houston. No bragging allowed. 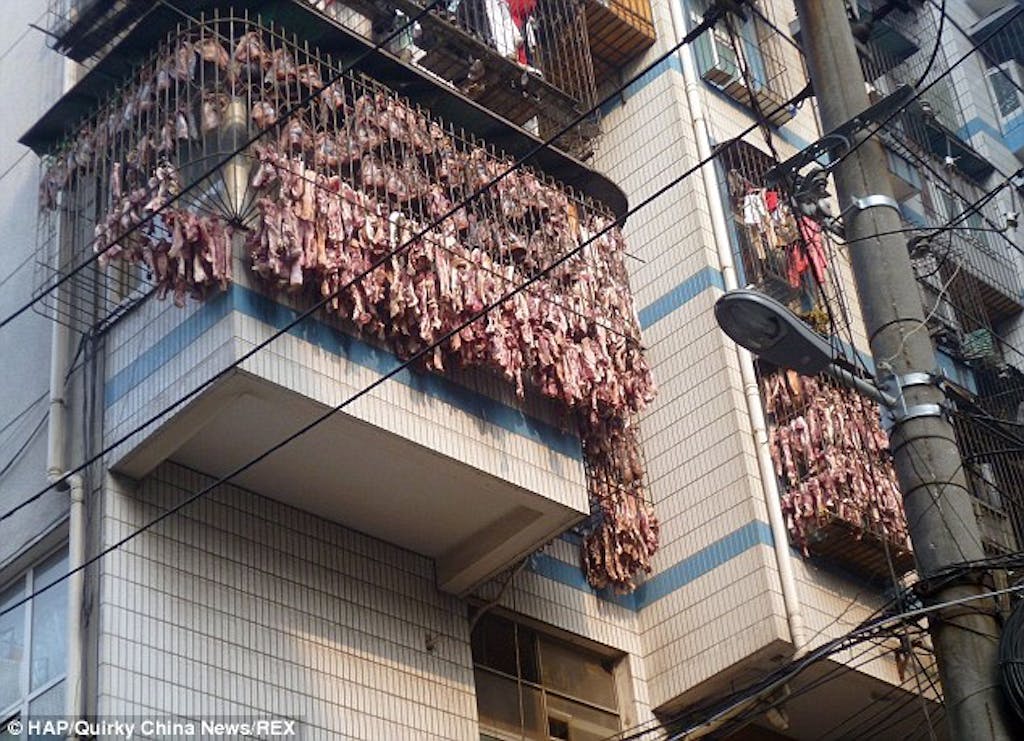 – In Beijing they want to install 17,000 cameras to monitor those trying to make barbecue on the streets. Communism, folks.

In case you missed them yesterday, they’re back today- Burnt Ends, plus deep fried ribs! pic.twitter.com/oaU5ldKSTf

– Why bother with judging barbecue in real life by actually eating it? Become a Certified Online BBQ Judge and judge barbecue on your computer screen. This actually exists.