– Beef prices (especially for brisket) are going up, but there are a few alternative cuts for smoking.

– Leslie Brenner of the Dallas Morning News slammed the original Lockhart Smokehouse in Bishop Arts a few years back, but she loves the new outpost in Plano.

– Did we mention brisket prices are up? Limit 1, with additional $20 purchase:

@BBQsnob @chasecolston well, well look what HEB has! Considerably less than the case of choice I just bought pic.twitter.com/jMOO77brek

– Terry Black’s BBQ in Austin has now slated themselves for a late May opening.

– Phat Daddy’s, where “jazz meets delicious barbecue” will open in Grand Prairie in May. There will not be live jazz.

– Railroad BBQ in Manchaca and Kyle will close after this weekend, and Ray’s Barbecue in Manchaca has permanently closed.

– Riverport BBQ in Jefferson will add a food truck to their arsenal:

– Andrew Zimmern came to Dallas and Fort Worth, and he ate barbecue. Cooper’s, Odom’s, Lockhart Smokehouse, Woodshed Smokehouse, and Tim Byres’ barbacoa were all featured in the episode.

– Andy Staples provides his list of potential college football powerhouses, if only they could lure recruits with local food. He gives UT and Texas A&M big advantages given the proximity of Franklin Barbecue and Fargo’s BBQ respectively.

– Fort Worth company Advance Business Capital (ABC) has it’s own custom-built barbecue truck that it uses for employee events. Are they hiring? 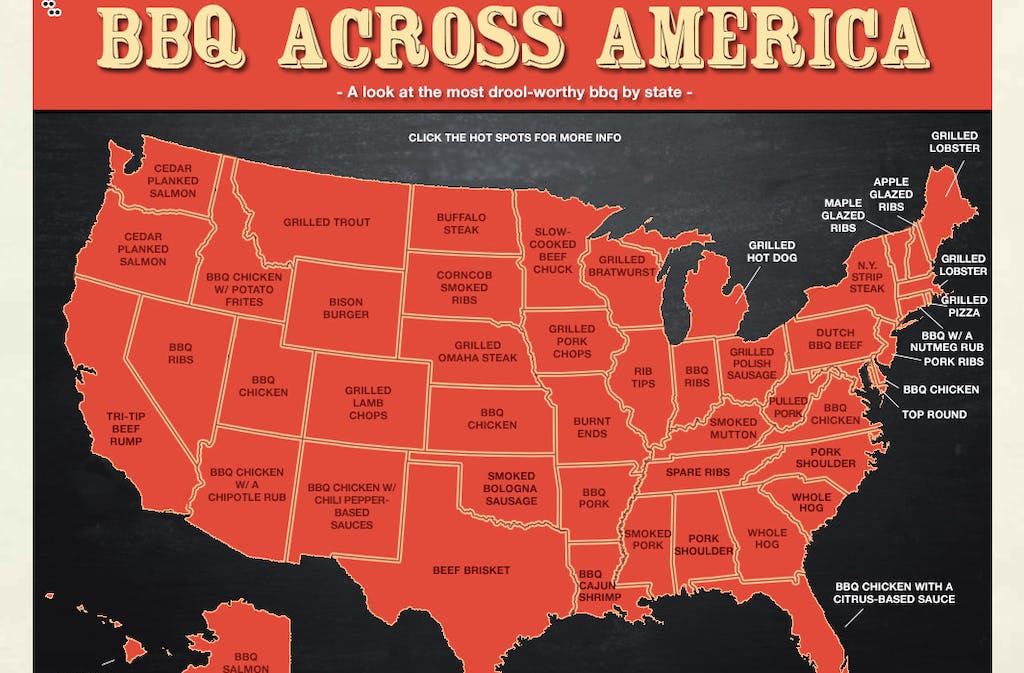 – BBQ Pitmasters has put together a state-by-state map of American barbecue.

– The next episode of BBQ Pitmasters on Saturday will feature a trio of Texan competitors.

– In Austin, learn how to use your Big Green Egg to the fullest from pitmasters like Aaron Franklin, Kent Rathbun, and Matt Pittman from BBQ Pitmasters on 4/26.

– Taste of the South Magazine has put out their annual BBQ issue, which features the winners from the Austin-based Gettin’ Sauced event:

– Meathead tests out smokers and come up with this list of the ten best values on the market today.

– According to National Geographic, here are a few rare cattle breeds that you might be eating soon, including the Texas Longhorn.

– CNN suggests barbecued brisket for Passover rather than braised brisket. Then they explain in their recipe that it’s best to put it in the oven for most of the cooking time anyway. Thankfully, they called it a “Kansas City barbecue brisket.”

– Dallas BBQ (in New York) is being sued by some employees for illegal surveillance.

– Virgil’s BBQ in New York has been around for twenty years, and ABC still can’t spell their name correctly.

– John Avila has left Morgan’s BBQ in Brooklyn, but they’re still using the Franklin name as barbecue currency. Avila is now looking to open El Burro & the Bull in Houston.

– Real BBQ Place (that’s actually their name) in Shreveport, Louisiana claims they have smoked brisket fit for a Texan.

– An Australian paper highlights Texas BBQ including Smoke in Dallas, Franklin Barbecue in Austin, and the Granary in San Antonio.

– The Bourbon & Boots blog provides this list of favorite barbecue joints in Houston.

– Bottles and jars full of meat:

– But there will be even more barbecue at the Live Fire event in Austin tonight.

– The Big Apple BBQ block party has announced their pitmaster line-up for 2014, including newcomer Daniel Delaney of Brooklyn.

– Brisketman was on the other side of the table at the Houston BBQ Festival, and he provides his perspective.

– And finally, a tree made of sausages: