– Two weeks ago the Carnivore’s Ball was held in Austin. It was a great party with barbecue from John Mueller. These photos by Robert Strickland will make you wish you were there.

– The TCU football team is playing for more than just the game this weekend. If they win, the entire Fort Worth City Council gets a catered meal from Pecan Lodge. Dallas Mayor Mike Rawlings agreed to pay for it in a bet with the Fort Worth mayor who’s on the hook for a catered lunch from Joe T. Garcia’s if SMU wins.

– This weekend includes a bevy of barbecue events. In Fort Worth is the Beer, Bourbon & Brisket Festival.  Austin is hosting both Gettin’ Sauced and Austoberfest. 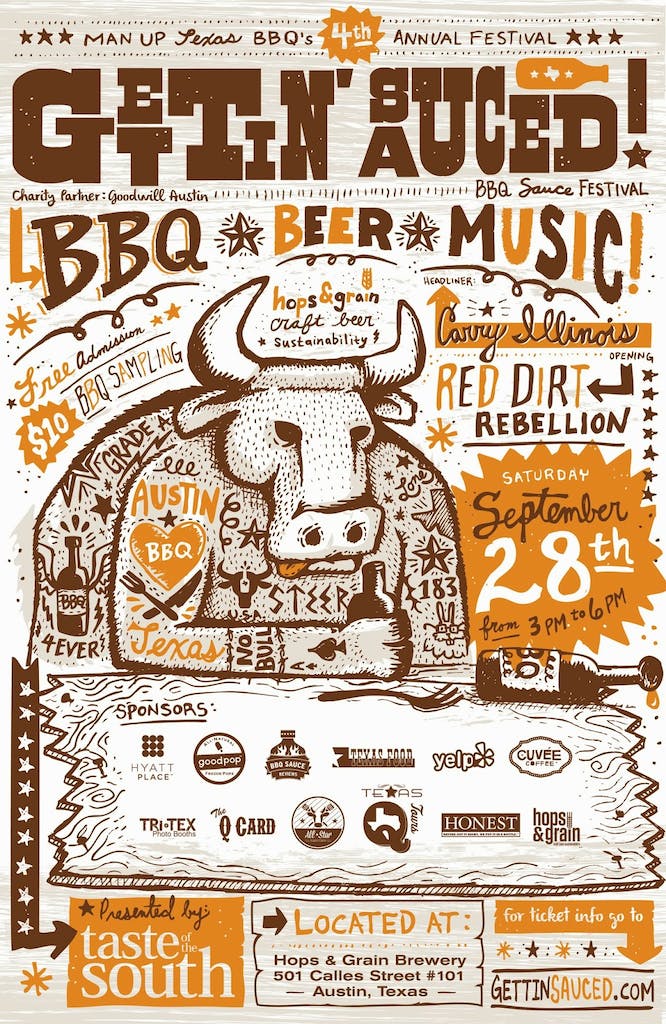 – Fed Man Walking shows some love to Pieous in South Austin for their homemade pastrami. That’s cured and smoked brisket for the uninitiated.

– In this wrap-up of last weekend’s Feast Portland event in Oregon, the secret to Franklin Barbecue’s brisket is revealed – unicorn lard.

– Peggy Sue BBQ in Dallas is tempting us with a new menu item. Burnt ends are coming soon: 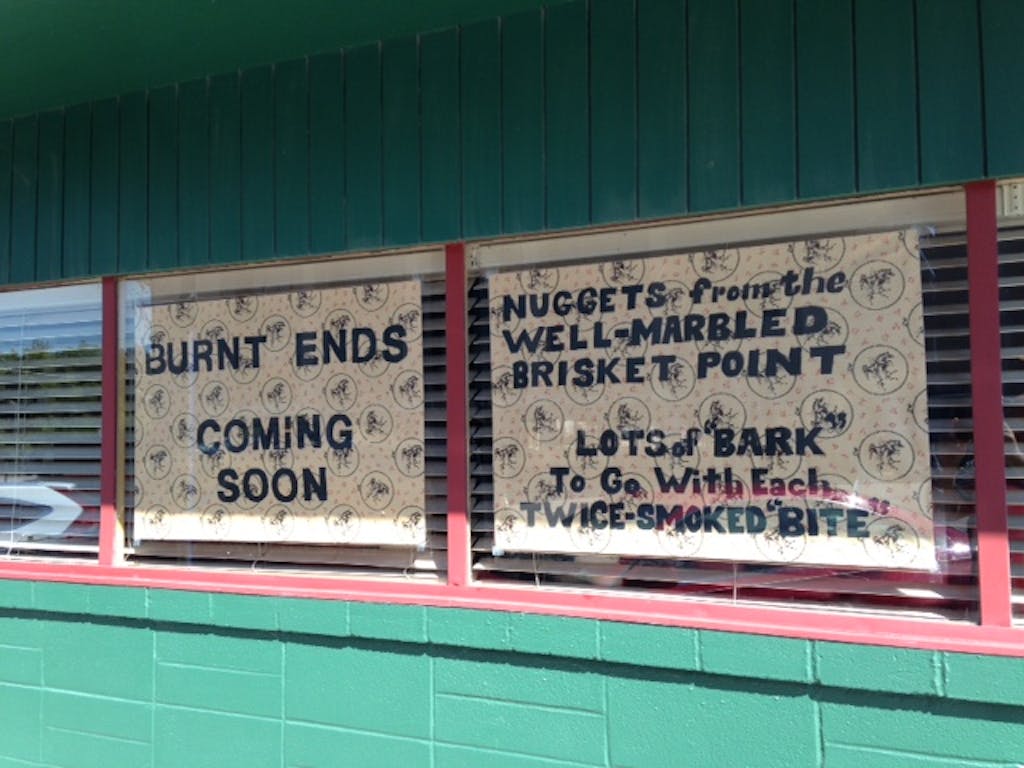 – Thrillist named their Top 33 BBQ Joints in the country. This was a better list than most with some obvious thought into the choices. Of course there are a few duds, but Texas is very well represented with ten of the selections.

– Ardie Davis took up the cause of barbecue inclusivity with a rant about barbecue dogma. “[U]nder the big barbecue tent where there’s room for competition barbecuers, backyard barbecuers, old-timers, newbies and hogmatists.”

– Robb Walsh of Houstonia Magazine chimes in on the rise of the beef rib on Texas menus.

How big is a fully grown micro pig? Find out here http://t.co/BBNm44vEpU pic.twitter.com/KKIOWs7Hov

– You can catch a few glimpses of la Barbecue’s John Lewis in this trailer for a new show called Bite This. The Austin episode was a couple of days ago, but look for it in your DVR. Here’s a show recap.

– A very detailed guide to creating your own meat lollipops.

– What looks to be an incredible barbecue event (albeit in South Carolina) called Cook it Raw is coming up next month  Chef Sean Brock is hosting. He’s a fine dining chef with a love for barbecue. In this interview he says this is his career dream: “I want to have a farm where I can raise Chinese pugs, where I can do whole-hog barbecue.”

– Nick Pencis is a barbecue man now, but he was once a full-time drummer. Tomorrow he’s getting the band back together.

Reuniting with @Greyhoundsmusic this Friday and playing drums all night! Come down to @stanleysfamous and get funky with us!

– The Hub City BBQ Cook Off will be held in Lubbock tonight.

– Then, on Friday and Saturday you can hit the Hill Country for the Burnet BBQ Cook-off & Music Festival.

– I do not want to live in China. See the headline below: 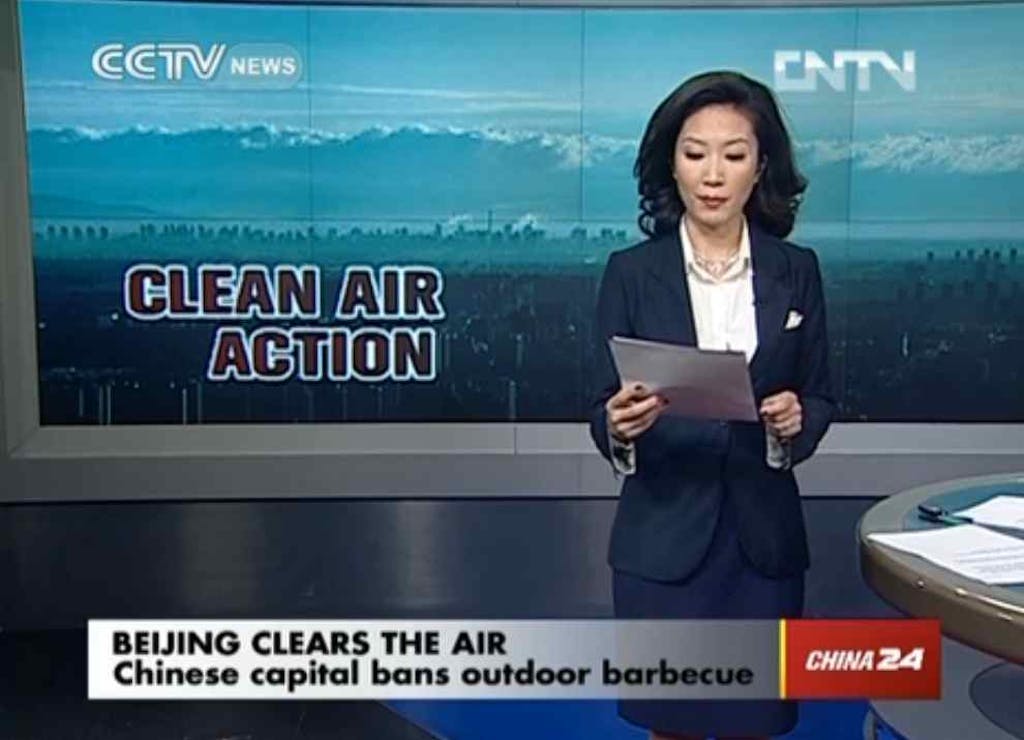 – Even Chicago food critics know how the brisket should be sliced.

– There was a fire at the Creekstone Farms beef plant in Kansas.

– Remember that salmonella outbreak at the North Carolina church barbecue from last week? The number affected is now up over 100.