– Two years ago Pierson’s BBQ closed in Houston. It was beloved, but owner Clarence Pierson had two bad knees which forced him to close. Now with two new knees, the joint has reopened. Pierson’s BBQ is back!

– The Texas Book Festival is coming to Austin this weekend. Come by for discussions with barbecue authors including Robb Walsh, Tim Byres, Scott Roberts and Daniel Vaughn.

– You can also get some great barbecue at the TMBBQ ‘Cue Court during the Texas Book Festival. Details here.

– Longoria’s in Everman has added barbecue tacos to the menu:

Have you tried our tacos? pic.twitter.com/KifOHj3PCY

– Texas A&M professor Jeff Savell writes this recap of Brazilian Barbecue Day at their class on barbecue. Yes, there is a for-credit course on Texas BBQ at Texas A&M.

– Two Bros. BBQ Market in San Antonio had a pit fire that shut them down on Monday. They are back up and running now. 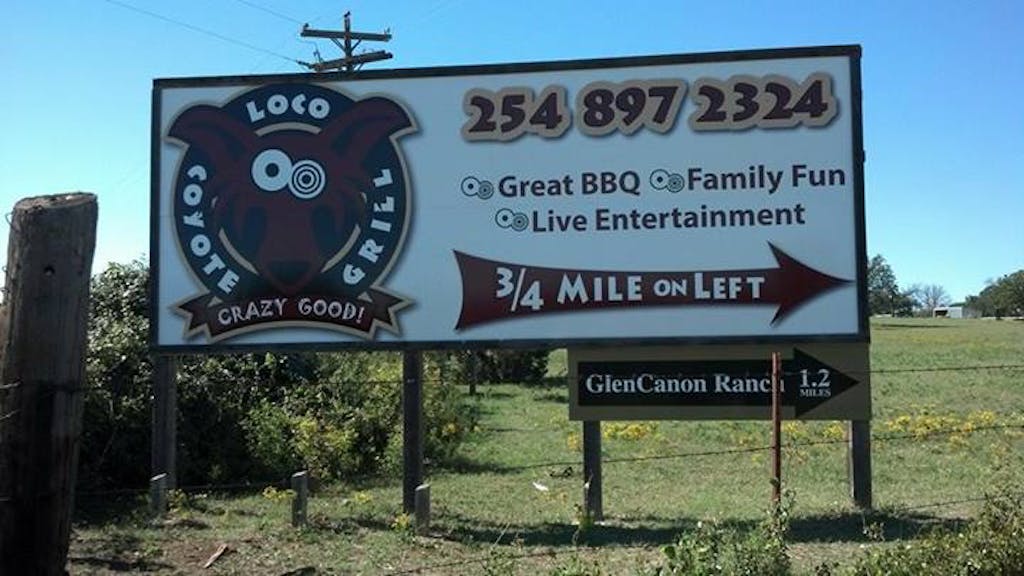 – The Loco Coyote is a bit off the beaten path, but they now have a newish owner and a new sign along Highway 67 just south of Glen Rose.

– Wine & Swine is coming to Austin on November 10th, and tickets are now on sale.

– Baker’s Ribs in Dallas on Greenville has moved and will soon have a new home on Northwest Highway:

– Big Red and barbacoa go together well. There’s even a festival in San Antonio that celebrates the pairing.

– Economist Tyler Cowen argues that long lines are not a good indication of the food quality at a restaurant. I guess he hasn’t been to a few famous barbecue joints in Texas.

– There was a taping for the Cooking Channel show Eat St. at Micklethwait Craft Meats in Austin last week:

– Here’s a great recap of the Eat St. filming from Full & Content who attended.

– Photographer Wyatt McSpadden has worked with Texas Monthly on countless barbecue articles, and he shot the cover of the latest Best BBQ list. Here, his work for MD Anderson is discussed. 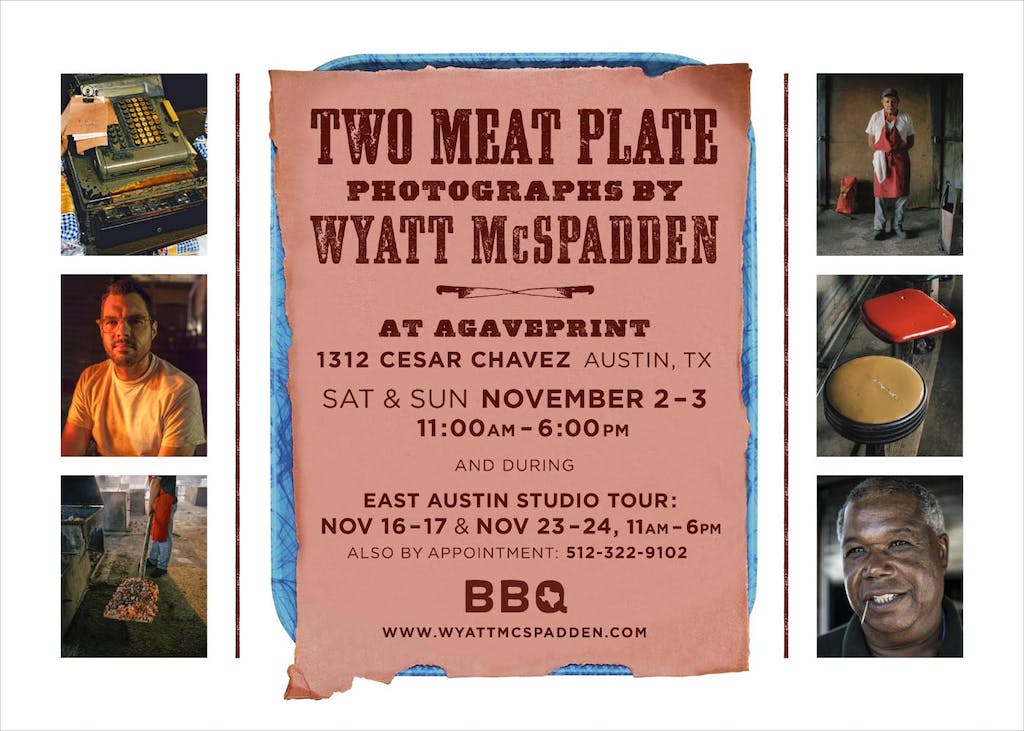 – Wyatt will also have a gallery show of his barbecue photography starting next week.

– A Frenchman is looking to learn the ways of Texas BBQ and take his skills back to Paris to open a barbecue joint.

– Whole hog in Austin (sorry, it was last night) :

Whole hog–it’s for dinner at Outstanding in the Field. Rene Ortiz & Laura Sawicki are cooking at Rain Lily Farm! pic.twitter.com/5HV6zBEkB9

– Good news for fans of fatty brisket – A British cardiologist calls the link between saturated fat consumption and heart disease a myth.

– We reported a few weeks back on the Smoke @ ICC barbecue competition in New York. The ICC has released the full results from each category for those interested.

– The Blues, Bandits, & BBQ competition returns to Oak Cliff this Saturday for its fourth year.

– A venture that I could get behind:

Business idea: Spin class where you eat ribs while you spin. “Push, push! Imagine you’re going up a hill to eat ribs…”

– Looking for dinner and a show tomorrow night in Dallas? Skip the Pecan Lodge line and get a plate while suppoting a local school’s drama club.

– Doug Pickering, the pitmaster at WORK in Deep Ellum is profiled in this month’s Modern Luxury Dallas.

– John Markus was smoking on the streets of New York. In this shot he’s outside a theater that is showing The Kings of BBQ: Kuwait:

Here’s somethin u don’t see much. Trailered smokers parked in front of NYC movie house cuz it’s IN the movie inside! pic.twitter.com/kfP4iqZYcN

– The local paper in Frisco, Texas interviewed Trace “The Rib Whisperer” Arnold who is the pitmaster of 3 Stacks Smoke & Tap House in Frisco.

– This is from a couple years back, but a recent Twitter discussion with @TexasFoodMyWay  and @themeaningofpie brought this article to light. It’s about using corn cobs to smoke meat. I also found a recipe at Cook’s Country that they demonstrated in last week’s episode.

– If you wait until the end of this rant by Stephen Colbert, you will not be disappointed. That is, unless you’re a big fan of eastern North Carolina barbecue:

– After being “encouraged to take a more traditional ‘female’ job in the deli or as a cashier,” Kari Underly decided to be a butcher instead.

– Michael Ruhlman has some thoughts on pig breeds and some good pork fat photos.

– Deadspin ranked the single iconic food of every state. Of course it was brisket in Texas, but #20? C’mon.