– Nine more sleeps until the Texas Monthly Barbecue Festival in Austin on 11/01.

– Lance Kirkpatrick from Stiles Switch in Austin was on KEYE slicing brisket like the ones they’ll be serving at the Barbecue Festival.

– We released our new list of the 25 Best New (and Improved) BBQ Joints in Texas. 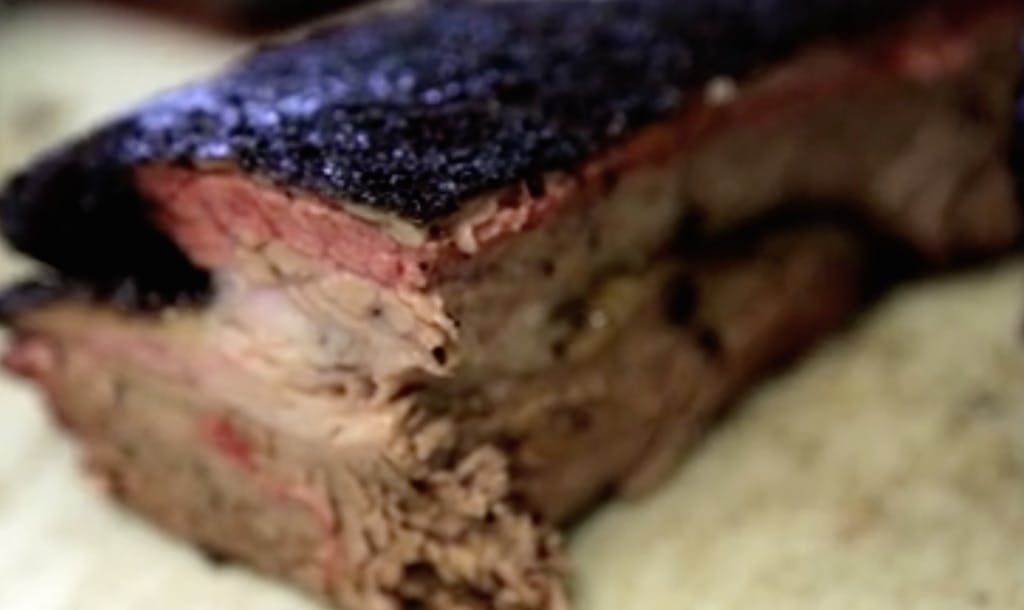 – There’s a Barbecue Town Hall Meeting going down at Texas A&M next month. All involved in commercial barbecue operations are invited.

– The Carnivore’s Ball in Austin is coming up tonight, hosted by Jess Pryles.

– Here’s a look at a test batch of those Heim Barbecue kolaches:

Our pit master/baker @rowdydugan just knocked it outta the park with these bad boys! Jalapeño cheddar brisket kolaches anyone??? These will be available (along with a variety of others) when we open our restaurant in March. Get excited.

– Dickey’s Barbecue Pit has rolled out a new store design in Dallas at its location on Wycliff. It features a new smoker, a new look, and a pared down menu.

– Restaurant Business reports that “about half of consumers would consider ordering barbecue sauce for beef (55% ) and pork (54% ) dishes, making it the top ranked sauce flavor for both meats.”

– Here’s what a trip looks like to the Heim Barbecue trailer:

– The Beaumont Business Journal reports that the demise of Caroline’s Quality and Quantity Bar-B-Cue in Kountze has been greatly exaggerated.

– Pitmaster Marco Oglesby has left his position at Kreuz Market in Bryan.

– I shared some Texas BBQ history with the Texas Standard:

– The Kosher BBQ Championship will be held in Dallas this weekend.

– Here’s another look at a Kosher barbecue from Southern Jews.

– Escape Hatch Dallas checked out the Pitmaster Picnic in Dallas and filed this report.

– Here are a few great places to find fried okra in Dallas, including a couple barbecue joints, but they’re missing some good ones.

– If you’re coming to Meat Fight in Dallas, you’ll be able to bid on a smoker built by this guy:

– Franklin Barbecue is planning to add homemade sausage to the menu, and there are a few other things we learned after his interview with Think.

– A smoker was stolen in Castroville. What’s worse is that it was full of meat that was cooking for a funeral.

– Guns Up BBQ recounts a barbecue tour he took around Texas with a friend from Italy.

– Get your BBQ lingo down:

– J.C. Reid of the Houston Chronicle traveled to check out Jack’s BBQ, a Texas style joint in Seattle.

– In Chicago, Lee Ann Whippen has left her restaurant Chicago Q, and chef Art Smith has taken over as pitmaster.

– San Francisco is having a barbecue festival this weekend.

Texans can rest easier knowing the answer to this question: https://t.co/6PcK2nYeKI