– Lonely Planet just included Texas as a Top 10 regional destination in the world.  That’s flattering, but their BBQ choices across the state are pretty ill-informed, especially Harold’s in Abilene which has been closed for two years.

– Here’s what they learned about how to cook lamb and cabrito at Texas A&M.

– Also at Texas A&M’s BBQ course, they looked at the effect on taste of wrapping briskets in foil.

– I’m not sure if the label is supposed to look appetizing, but Charles Barkley has a line of supermarket ribs:

– The iconic sandwiches of all 50 states from Slate. Of course Texas’s is a brisket sandwich while North Carolina’s is a chili burger.

– The Texas Monthly Barbecue Festival was last Sunday. There was plenty to say afterwards. Here are a few great wrap-ups:

– Meatopia Texas was also held this past weekend in San Antonio. We didn’t make it, but plenty of others did including CultureMap Houston, KENS5, and Eater Austin.

– Matador Meat & Wine is an established meat market in the Dallas area. Beginning next week they will begin serving barbecue on Wednesdays.

– Next week in Round Rock a new barbecue joint will open up. This one will be combination of Texas and Carolina style barbecue called Curly’s Carolina, TX. Interesting.

– I’m sure Myron Mixon gets some hate mail from some losers on BBQ Pitmasters, but he got a great letter from a young fan this week:

Abby Boggs, I am proud of you. Keep up the good work! pic.twitter.com/zqWsvRVTZz

– San Antonio Magazine really likes the Granary. “Nighttime is when Tim [Rattray] turns his smoker into a workshop…”

– The student newspaper staff at Cal State Long Beach has discovered the beauty of Texas barbecue, but I’m not sure where he found tri-tip in Austin.

– It only looks like pork, but it’s made of stone: 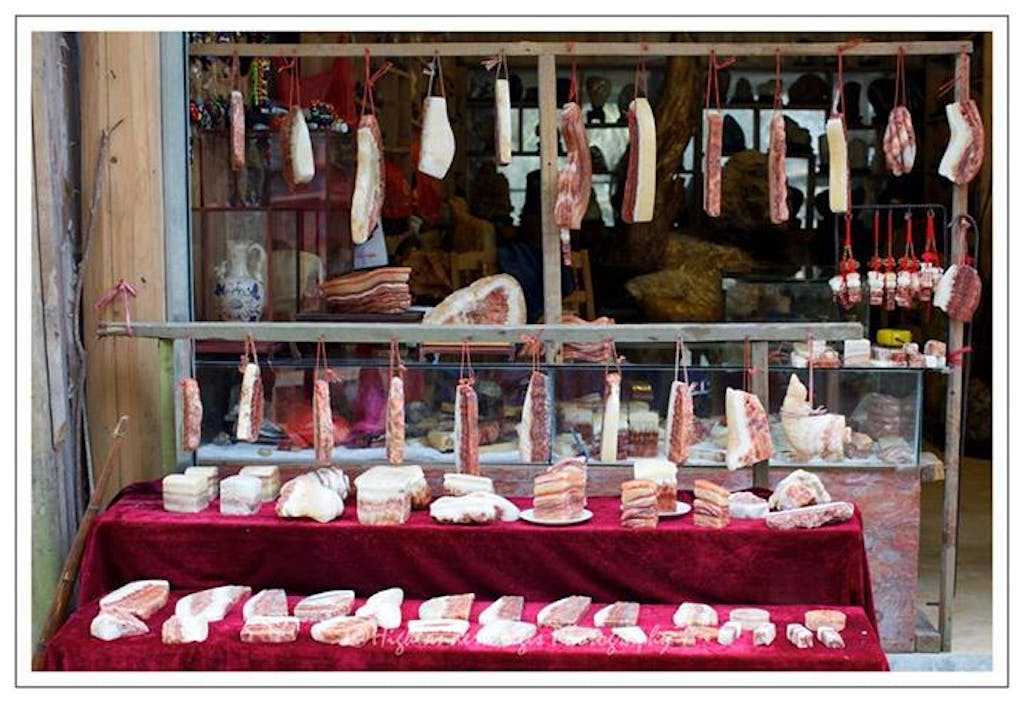 – Author Kathleen Flinn shares her trip to Texas to take in some barbecue and see a barbecue pit get blessed at Texas A&M.  For more on the blessing of the it, check here.

– The Salt Lick makes it on GQ’s list of best airport restaurants.

– Cranky Frank has some strong feelings on chopped beef:

– Bob’s Barbecue in Henderson is profiled in the local paper. That’s a god looking brisket sandwich.

– How cheap must the ingredients be to make a rib sandwich that costs only $1? Burger King knows. They’ve introduced a new “rib” sandwich with a “juicy boneless rib patty.”

– Pitmaker is a Houston-based barbecue pit manufacturer and designer. They are profiled by KHOU.

– A food service trade magazine provides an interesting angle on the current popularity of barbecue. Snack companies are adding more and more BBQ flavorings into their products. Also, did you know a company in Maryland called Fuchs North America probably makes the seasonings on many of your favorite chips?