My first barbecue photograph involvement came a few years ago when food writer Robb Walsh and I were on assignment for Gourmet magazine experiencing Mama Sugar’s Barbecue Juneteenth Celebration.  Not long after the two of us were together again working on a piece for Saveur magazine on Zen Barbecue hitting a few BBQ joints in Texas.  It was then when we decided to take on the mission of traveling together from Texas through the deep south to the Carolinas and back seeking a few of the mostly family owned establishments that continue to work a true barbecue wood burning pit. This southern odyssey became Barbecue Crossroads released in April 2013, published by The University Of Texas Press. This project instilled in me an enduring respect for the work ethic of those with so much passion for barbecue, a culture worthy of recognition. The following photographs are a few of the takes from that odyssey. 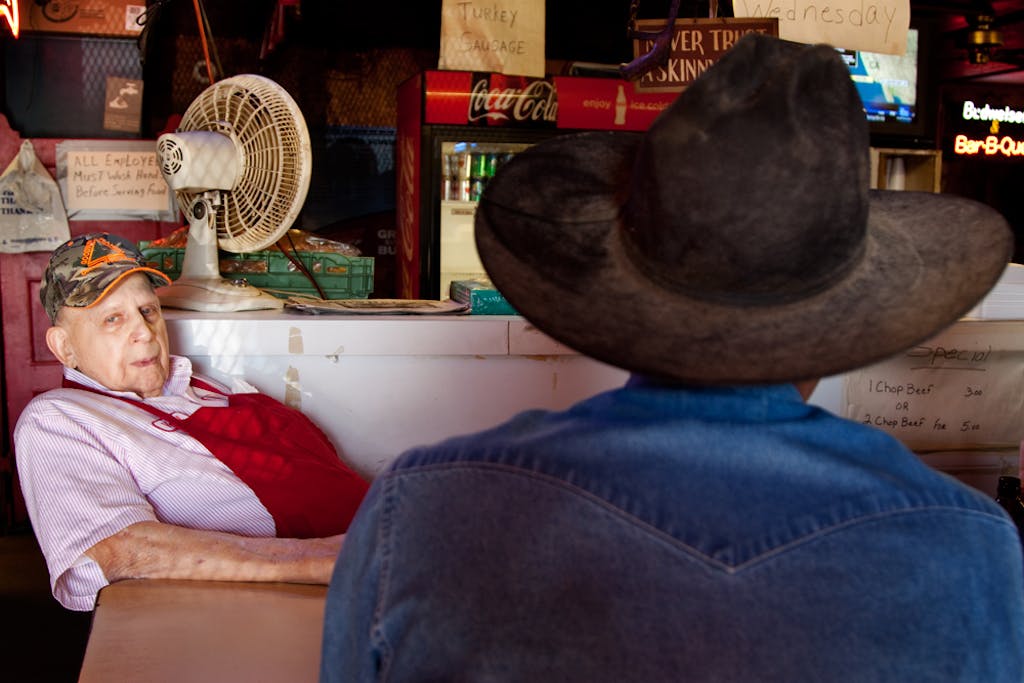 Vencil Mares at the Taylor Cafe in Taylor, TX 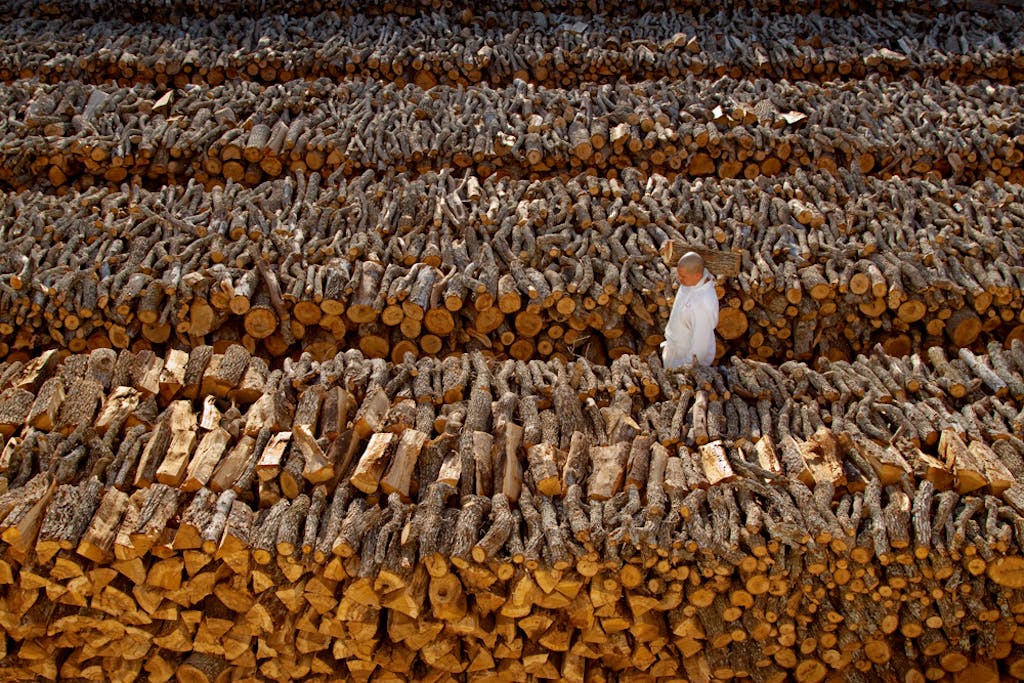 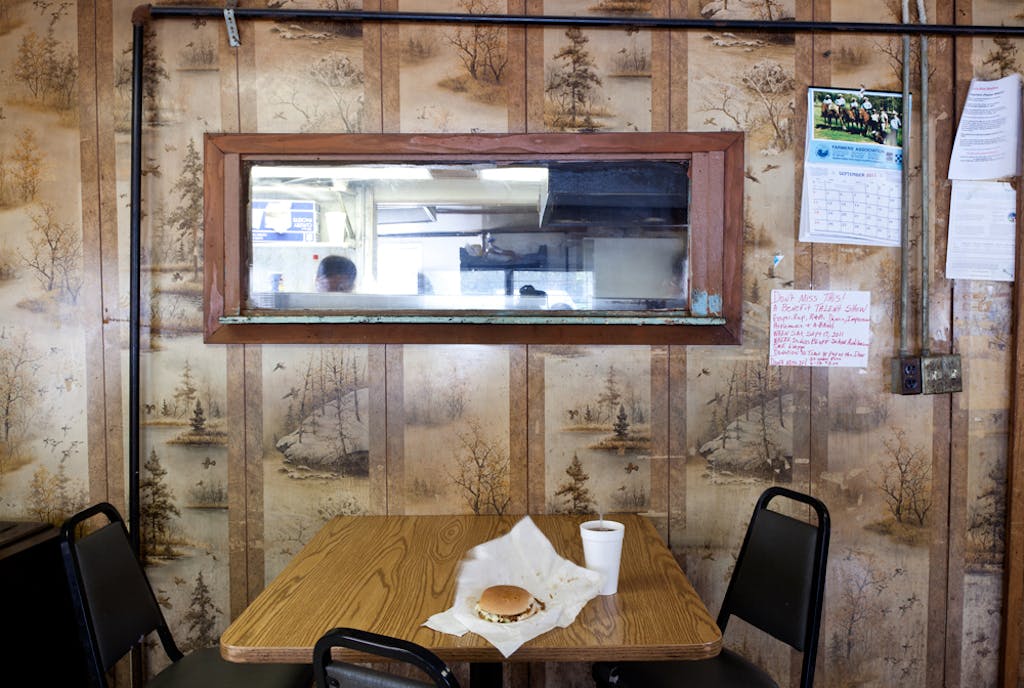 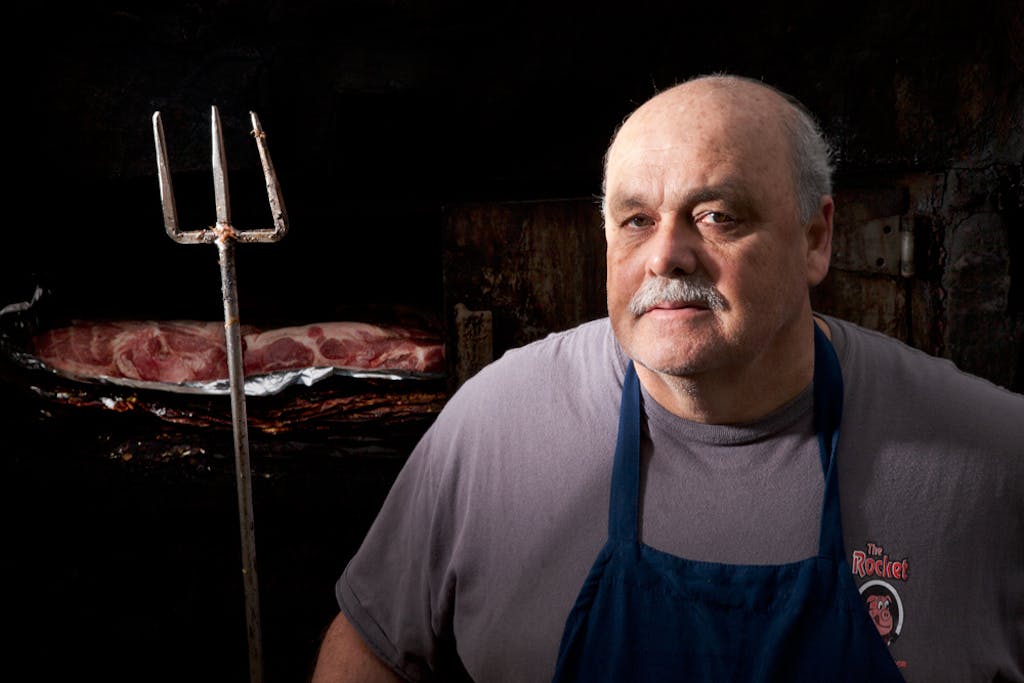 Gary Marbut, owner of the Rocket in Jacksonville, Alabama 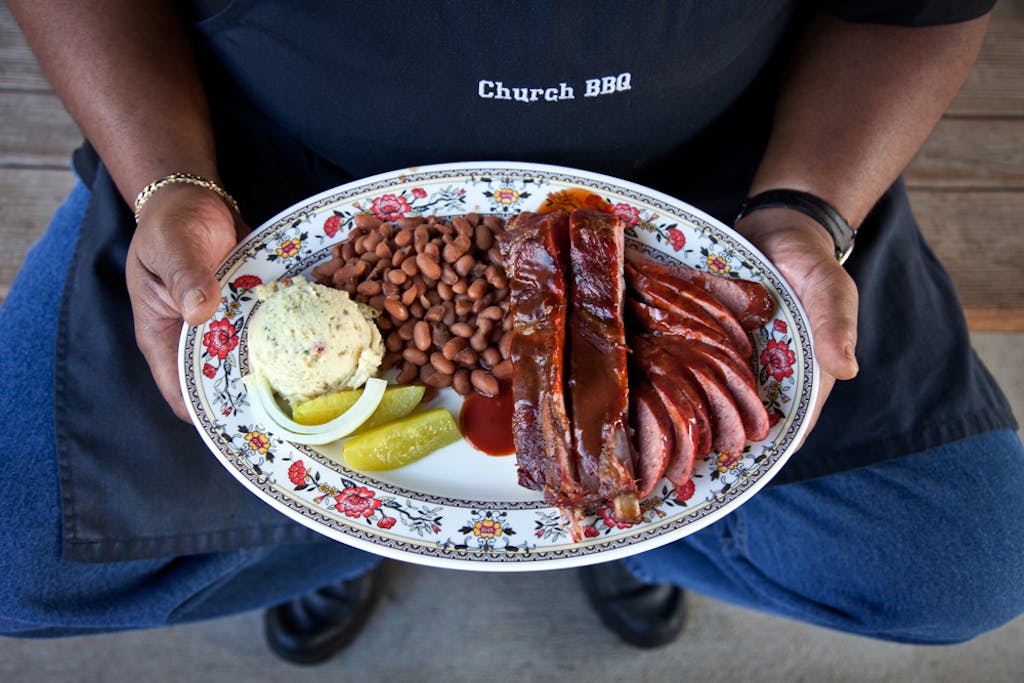 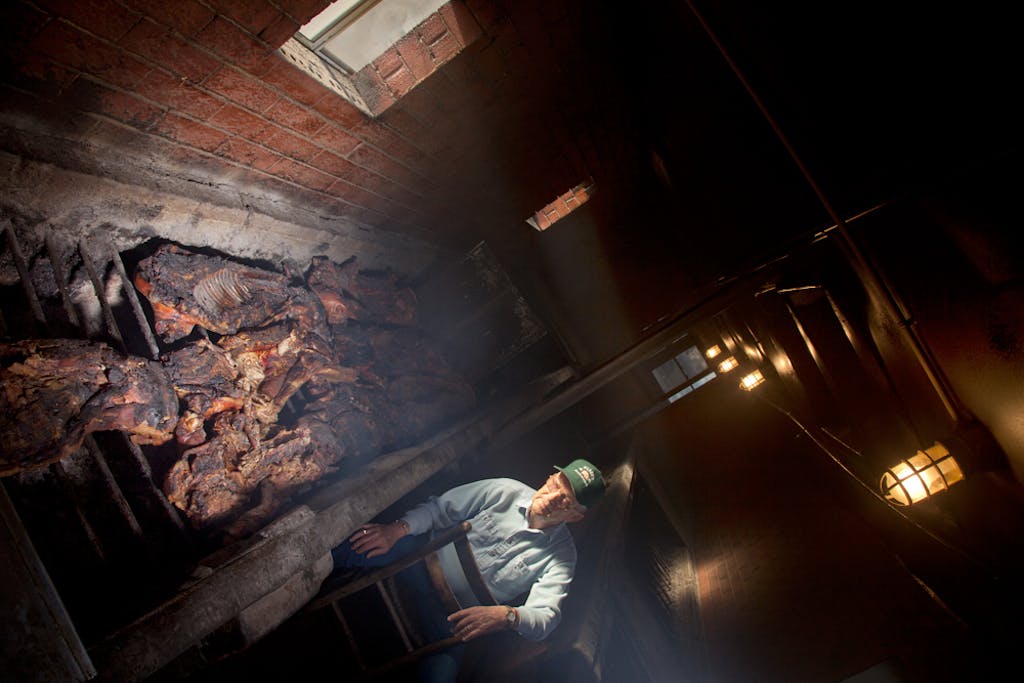 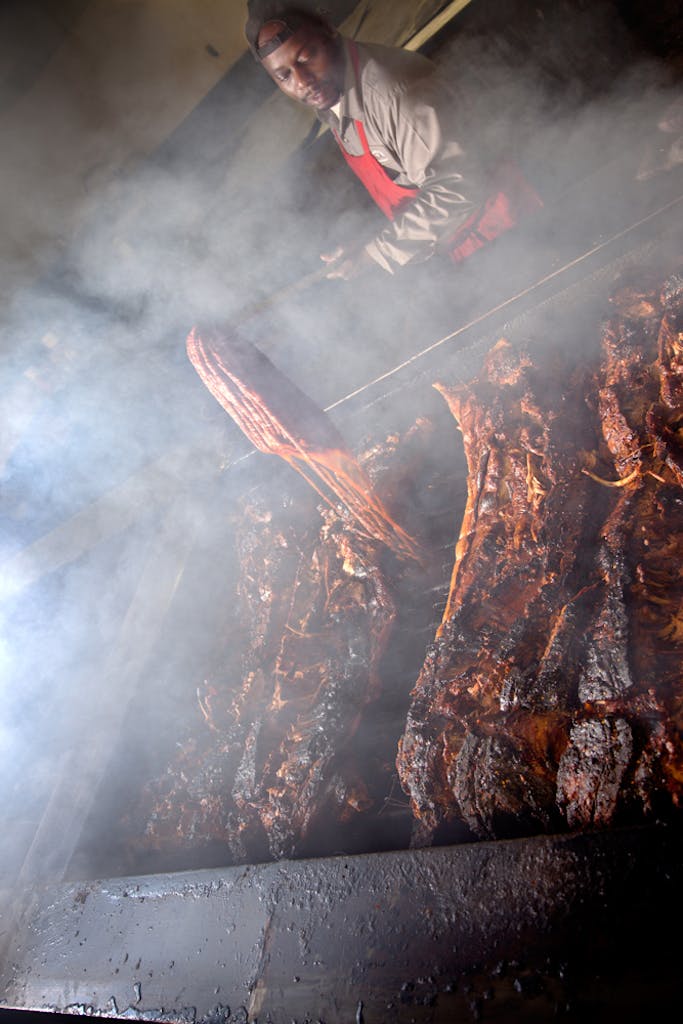 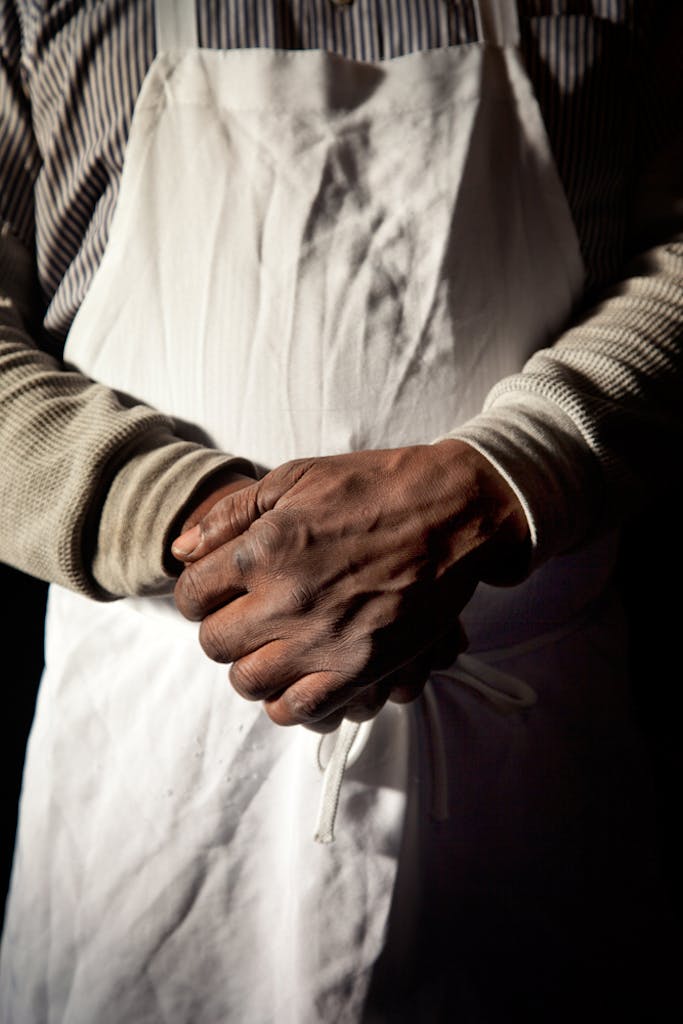 Pops, a pit master at Wilbur’s in Goldsboro, North Carolina 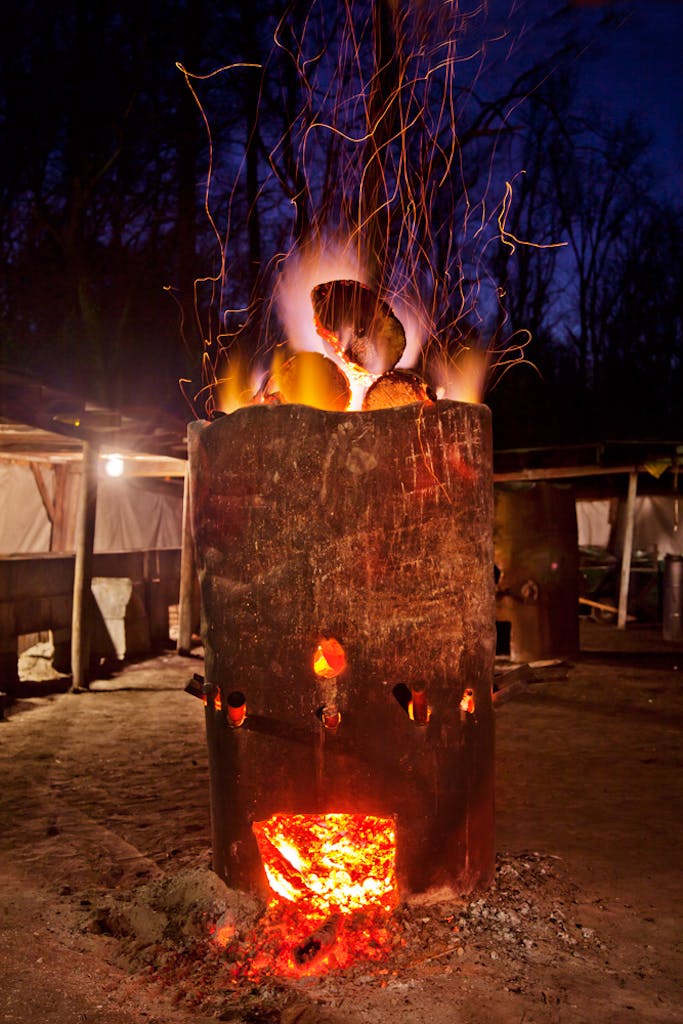 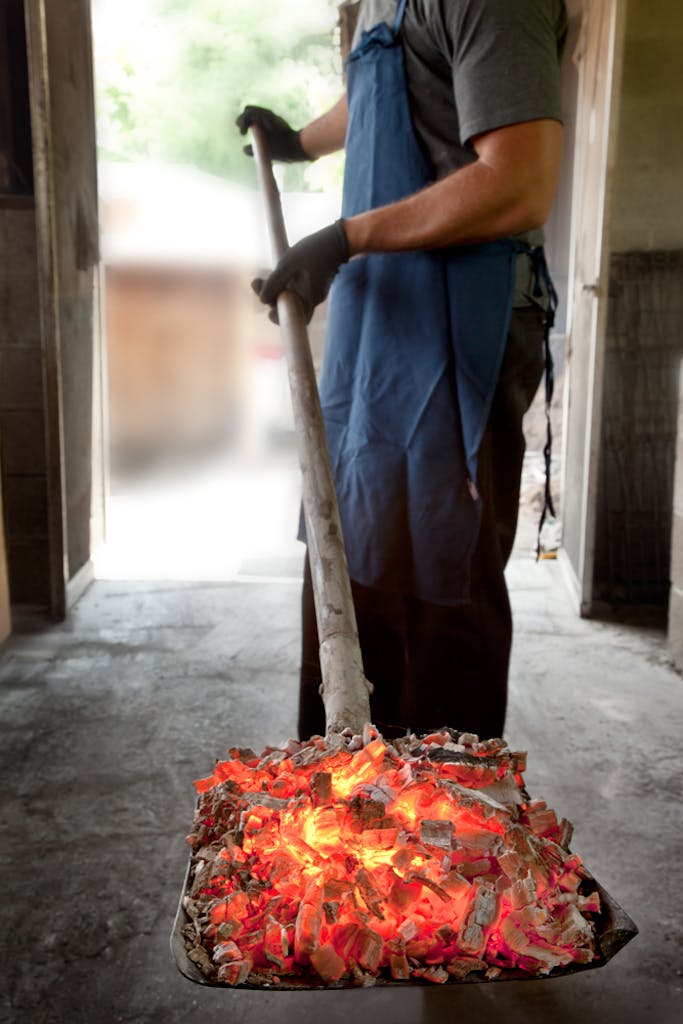 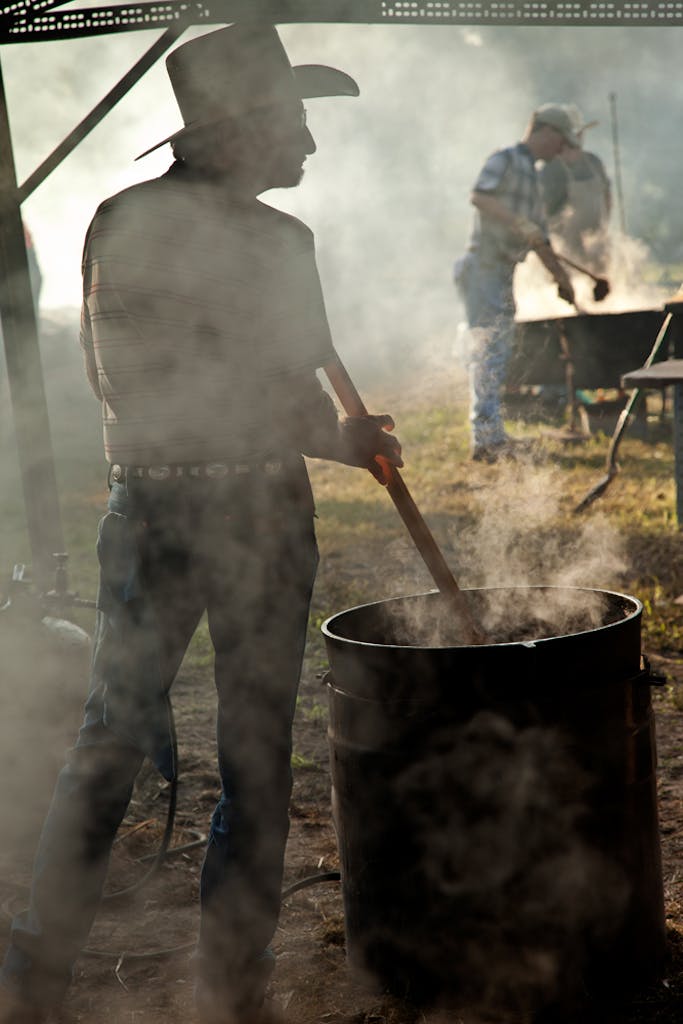 Stirring the beans in a 50 gallon cast-iron wash pot in Millheim, TX
at a community BBQ 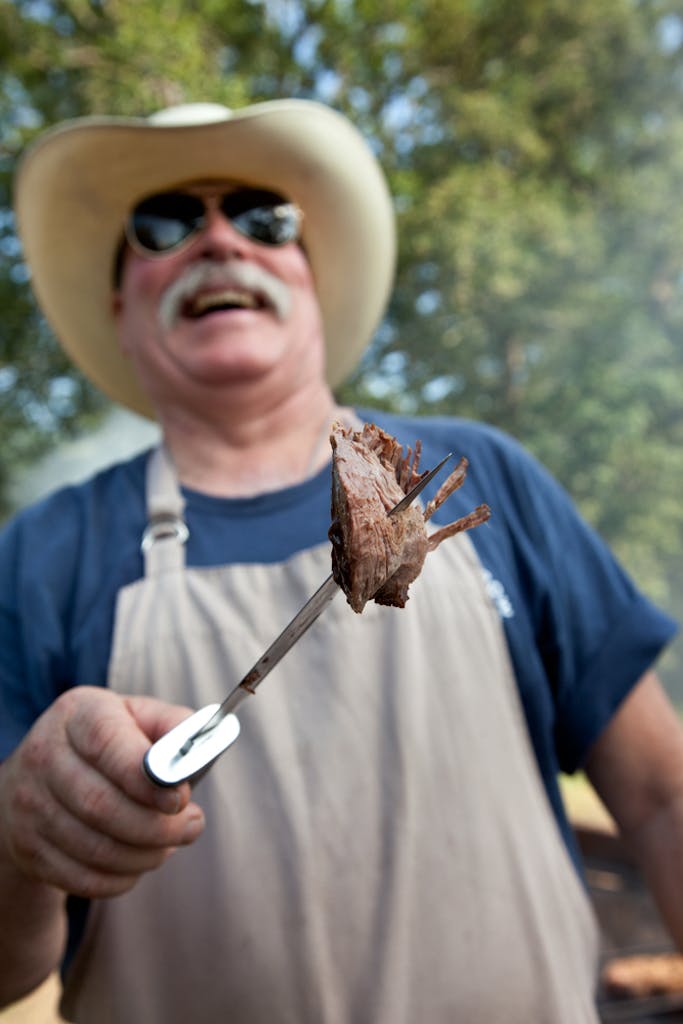 O. Rufus Lovett has been living in Longview, Texas for the past 37 years teaching photography at Kilgore College and working as a fine art and editorial photographer.  In 2005 he was awarded Piper Professor from the Minnie Stevens Piper Foundation in San Antonio for superior teaching at the college level. Lovett’s editorial work has appeared in Texas Monthly, People magazine, Gourmet, Saveur, Texas Highways and others.

Lovett’s fine art photographs are in the permanent collections of the Museum of Fine Arts, Houston, The Harry Ransom Humanities Research Center at The University of Texas At Austin, the Birmingham Museum Of Art in Birmingham, Alabama, the Wittliff Gallery of Southwestern and Mexican Photography in San Marcus, Texas, Baylor University in Waco, Texas, the Art Museum of Southeast Texas in Beaumont, Texas and The Grace Museum in Abilene, Texas.