Barbecue joints come and go, and they usually take their signs with them. Some linger. They either cling to our memory or remain attached to the building that no longer serves as their home, becoming ghosts of the past. A few have become revered – their images shared with the masses via social media. Some live on in different iterations, and some are even preserved, but here are a few that I miss. 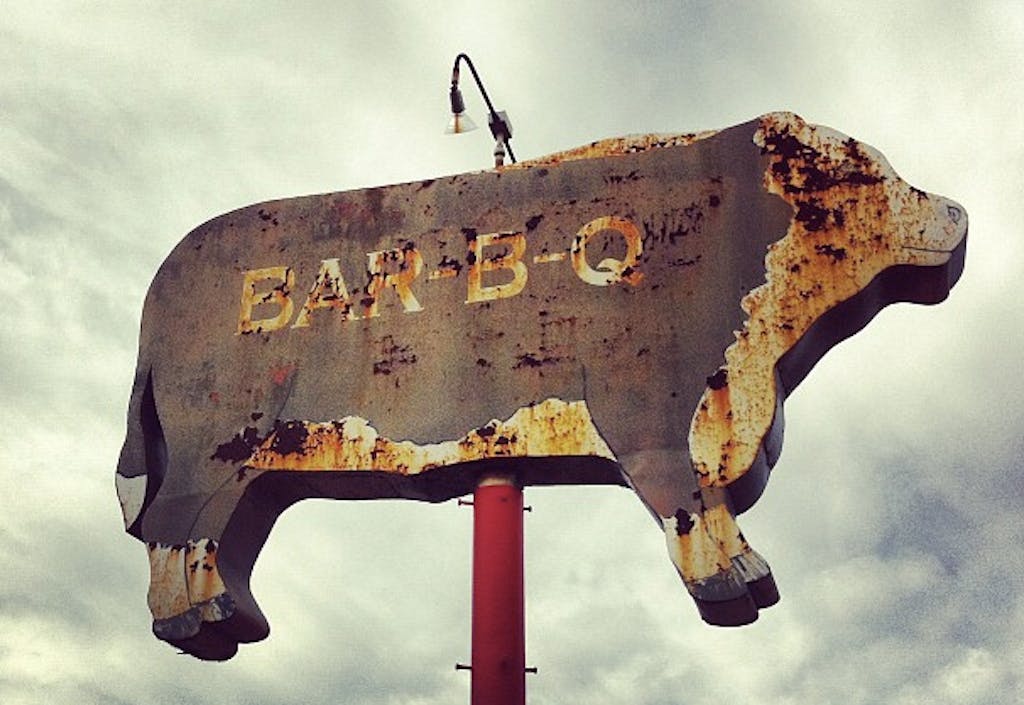 I first spotted this on in 2012 out searching for Clyde’s BBQ (now closed) in Corsicana. This one didn’t belong to Clyde’s. It was a hundred yards or so before it in front of an empty lot. The building was long gone. It became so popular that photographer Robert Lerma used it as the background for a collection of pitmaster autographs. When I drove through Corsicana a few months back it was gone. Hopefully someone held onto it. 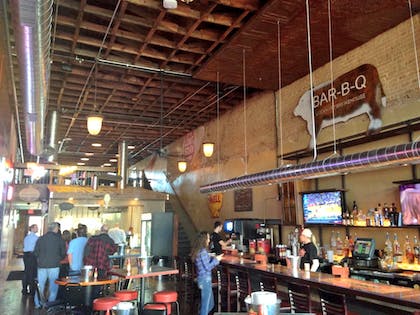 At Lockhart Smokehouse in Plano, they not only used the sign as the inspiration for their shirts, they also have a loose replica hanging above the bar. At least in some way, the Bar-B-Q Steer lives on. 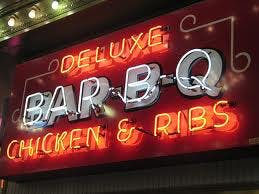 This one was gone before I could even get to Pike Place Market to photograph it. The Seattle Weekly ran a story trying to locate it, but to no avail. Now the only place to find it is memorialized in a line of generic barbecue business cards.

I don’t know anyone who can even remember when barbecue was served at this dilapidated convenience store on Irving Blvd. and Wycliff (right next to the Slow Bone), but the sign was popular with photographers for the humorous adjacency. Bar-B-Que can be sought out like a drug by some of us, so this simple message resonated. 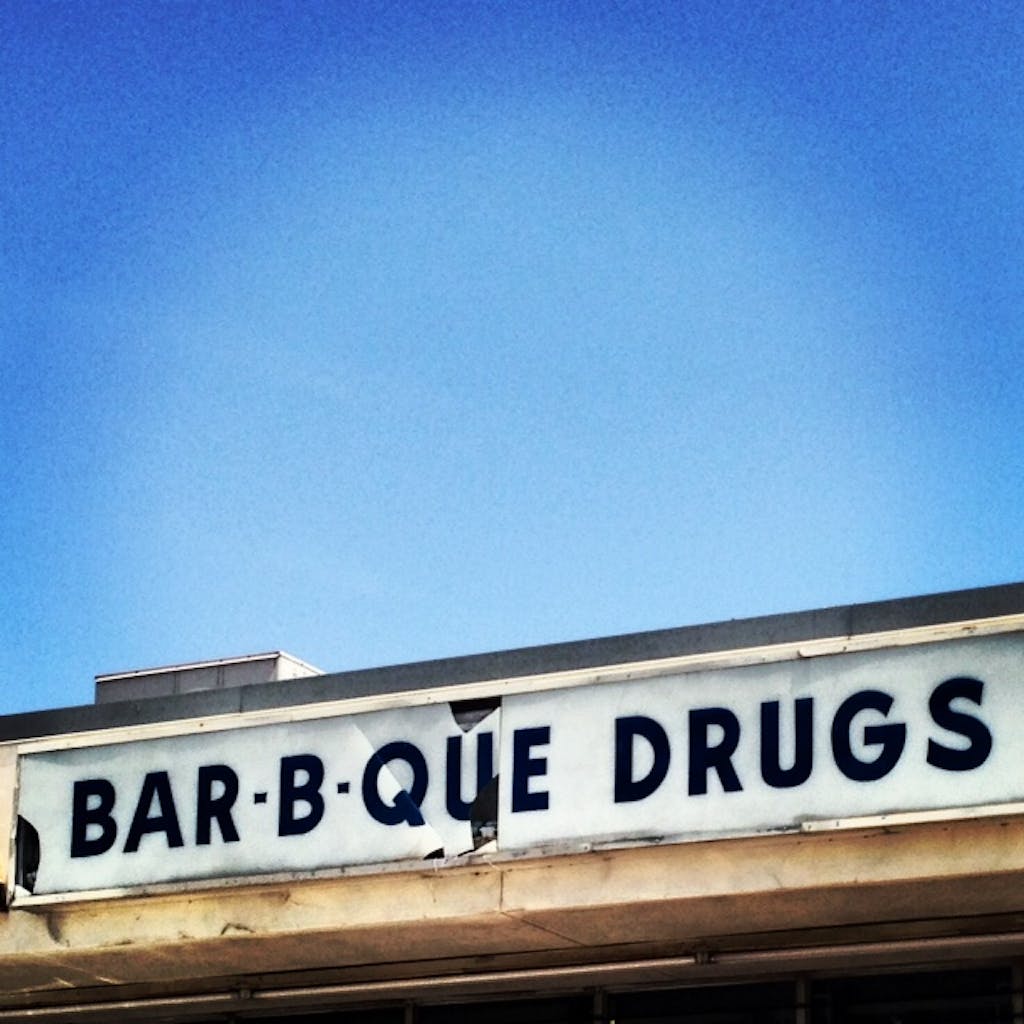 The sign was removed from the building a few weeks ago, and the parts were discarded in the nearby dumpster. Thankfully, Jack Perkins who owns Slow Bone salvaged what he could for a possible restoration. 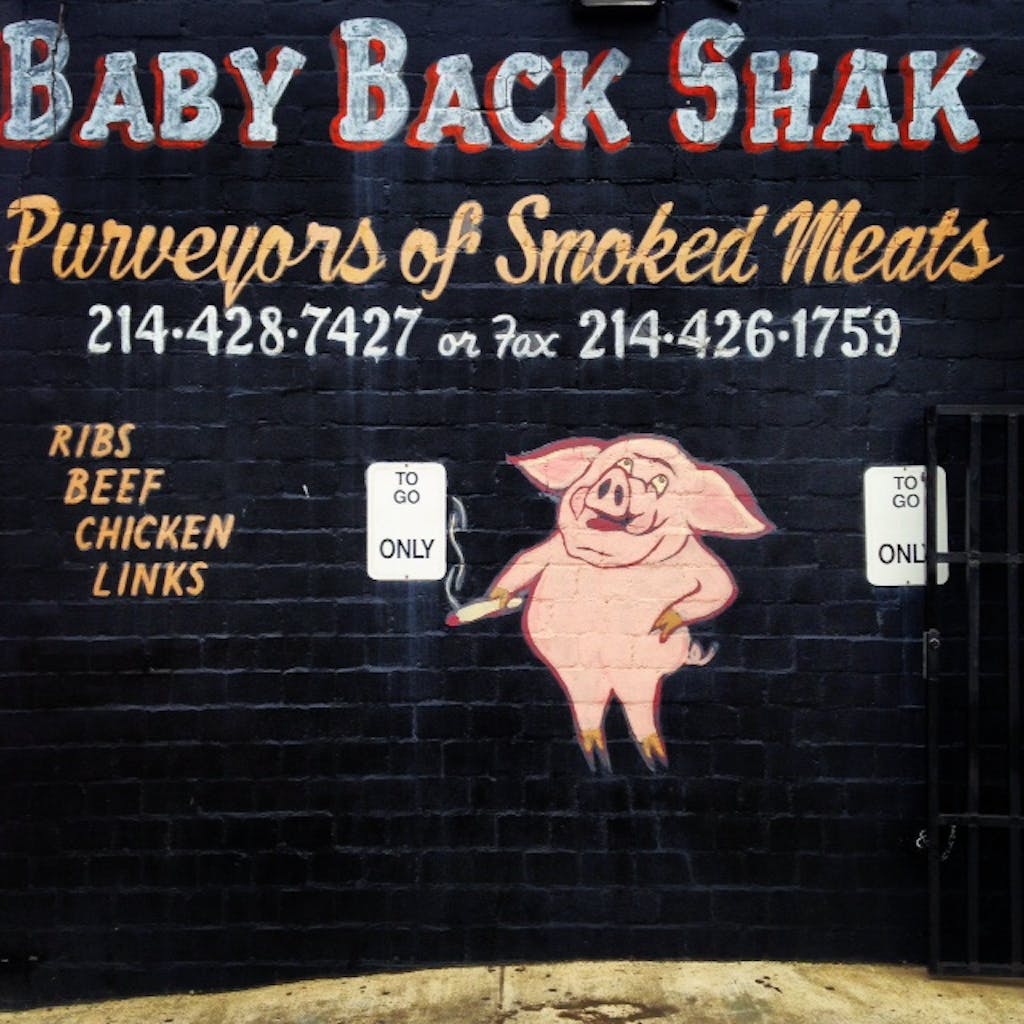 This one might hurt the worst. This humorous and iconic sign in South Dallas wasn’t the victim of a new restaurant ownership, but instead was seen as an improvement. After the Baby Back Shak appeared on the television show Hungry Investors and competed for an injection of capital, one of the upgrades they received was a new paint job. The smoking pig was replaced with something fit for a chain restaurant. 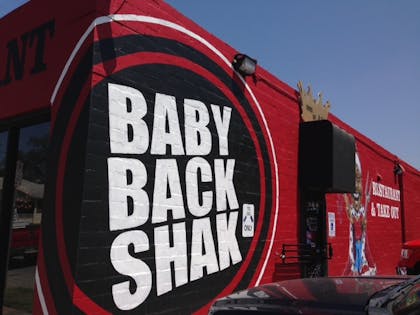 Which old barbecue signs do you miss?