Smoked turkey is now so common that nearly every grocery store deli case in the country carries at least one variety (and more often, many more than one). We now take this protein option for granted, but smoked turkey doesn’t have the same long history as beef and pork barbecue do in this country. Cured hams and pork bellies were smoked in the smokehouses of early American settlers, but smoked turkey’s moment didn’t occur until just before the second World War.

From my research, the epicenter of the initial smoked turkey craze was Fort Worth. In 1936, local resident “Mrs. Potishman” took out an ad in the Fort Worth Star-Telegram offering her recipe for $2. “Due to the ever-increasing requests for the recipe of my famous original home-smoked turkey,” she wrote in the ad. By the next year, the same paper noted that “Turkey in Fort Worth has come to mean somthing (sic) besides roast turkey. It means smoked turkey and turkey paste.” That’s right: turkey paste. While the tony cocktail parties of New York, and even Houston, enjoyed foie gras and pâté, Fort Worthers served a similar spread made from smoked turkey.

By 1939, the Fort Worth Star-Telegram announced “Smoked turkey is the rage of the moment.” By that time Fort Worth resident Rose Diamond was shipping her famous turkeys (only $1.00 per pound) to Miami, New York, and Hollywood. A few years later, Samuel Greenberg, of the still-famous Greenberg Smoked Turkey company, shipped his first turkey out of Tyler, Texas.

Texas A&M University took up the cause in 1940. George P. McCarthy and Nora Ellen Elliott, both of A&M, developed a recipe for brined and smoked turkeys. After a two-week bath in a brine of water, salt, and saltpetre, turkeys sat in the smokehouse until they were well-browned. McCarthy traveled around the state during the Thanksgiving and Christmas holidays in 1940 demonstrating the method. A report from 1941 showed that Dr. G.F. Stewart of Iowa State wanted to go a step further. He was developing a way to debone and roll turkey meat, a method of preparation that would help the meat to compete with smoked and sliced hams. Stewart was certainly on to something as evidenced by all those boneless smoked turkeys in the deli case.

The current love affair for smoked turkey breast in Texas has come within the last decade and has spread quickly. Now it’s as common as pulled pork and beef short ribs around the state, and one of the items I commonly order. At it’s worst, you might get warmed over balls of turkey meant for the deli counter, but a juicy breast of turkey with a  good smoke ring makes for a great slice of barbecue. These are some of the best: 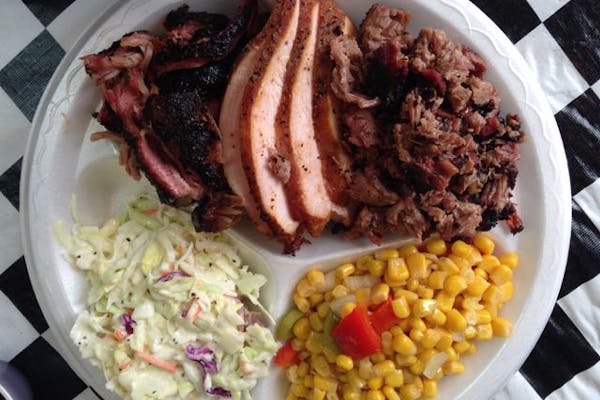 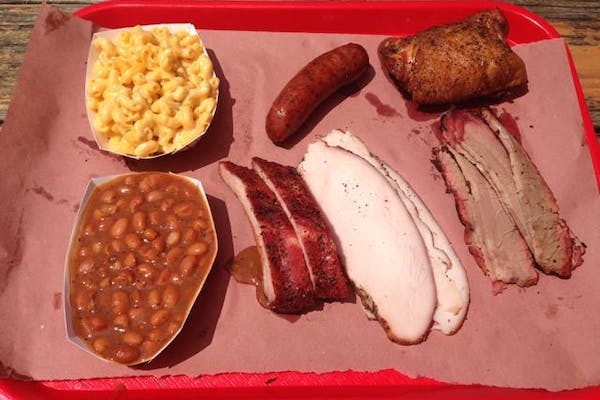 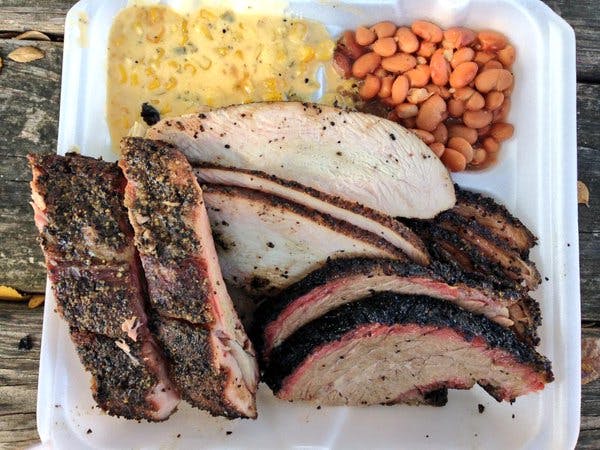 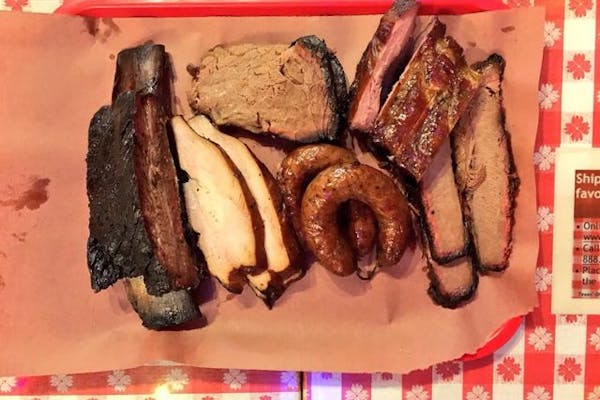 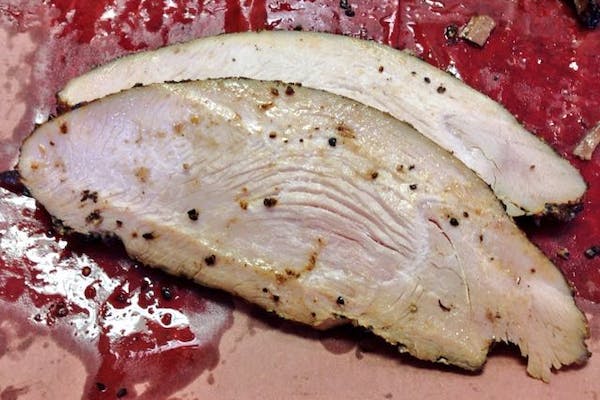 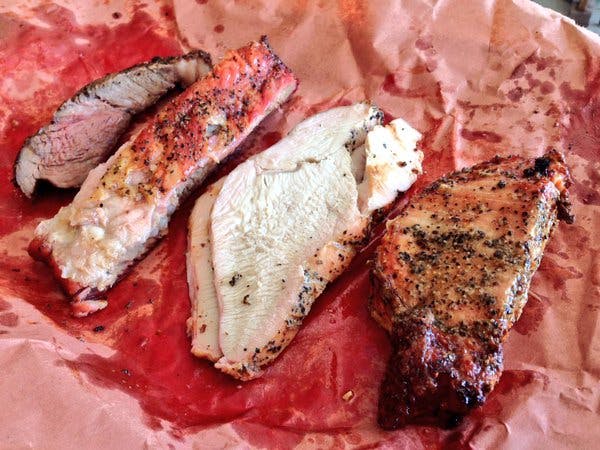 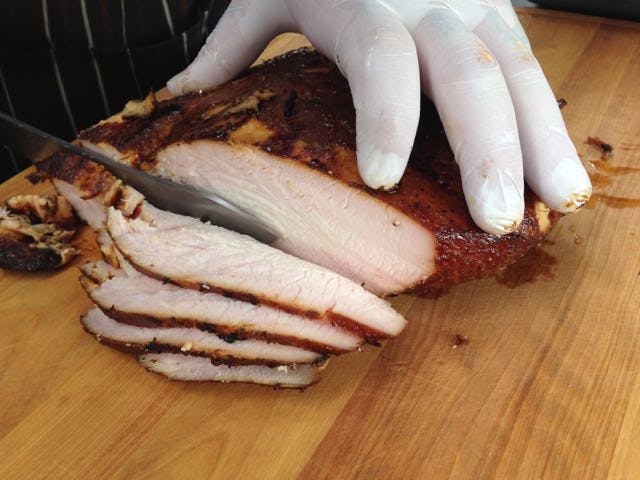 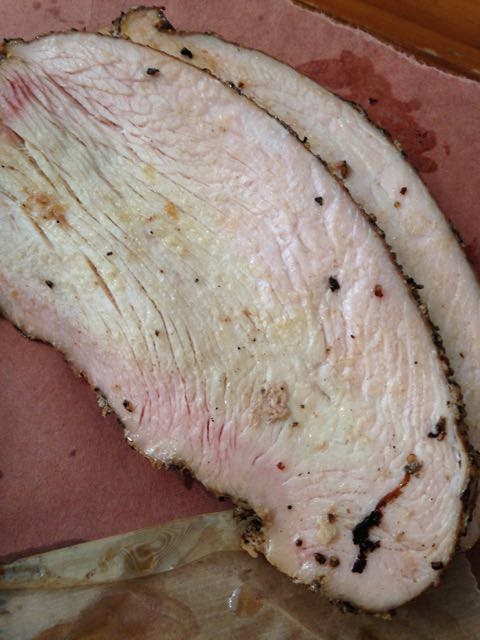 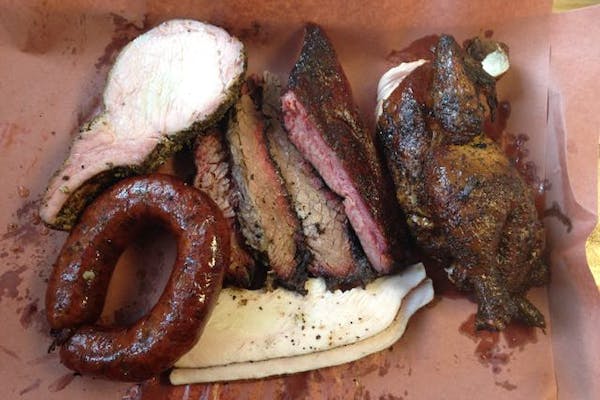 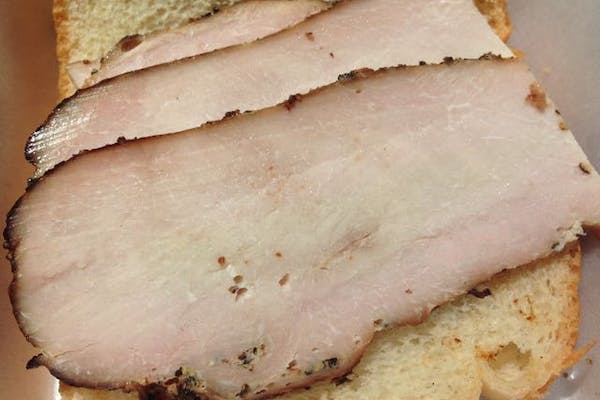 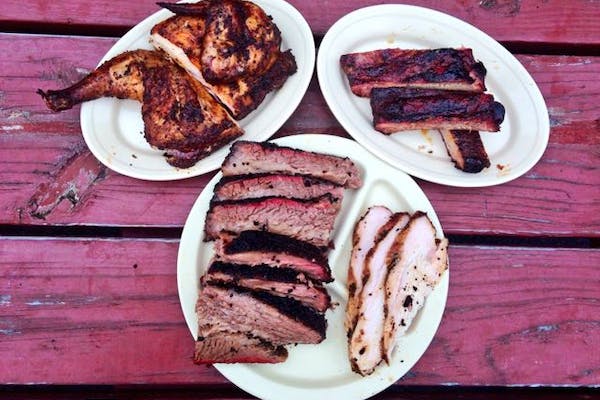 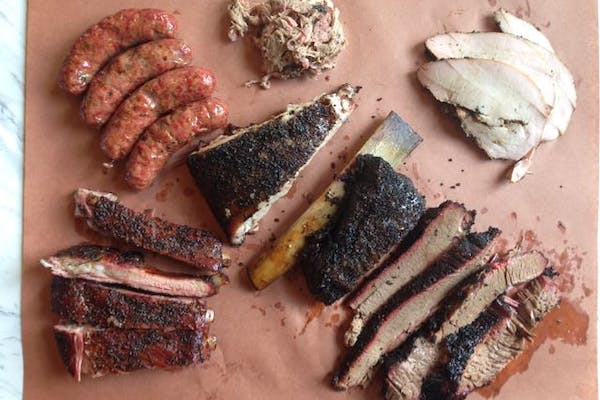 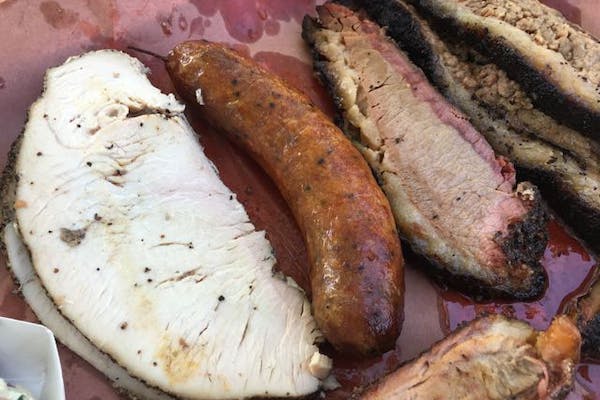 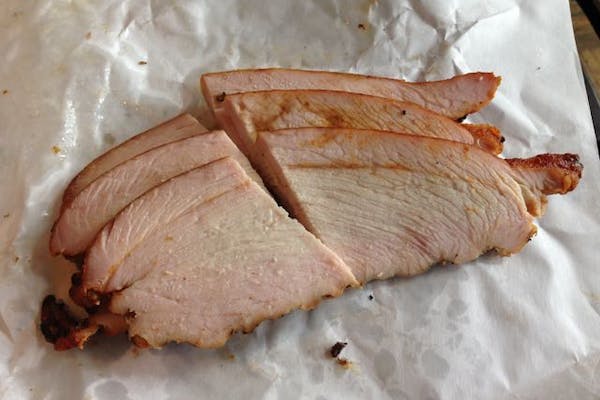 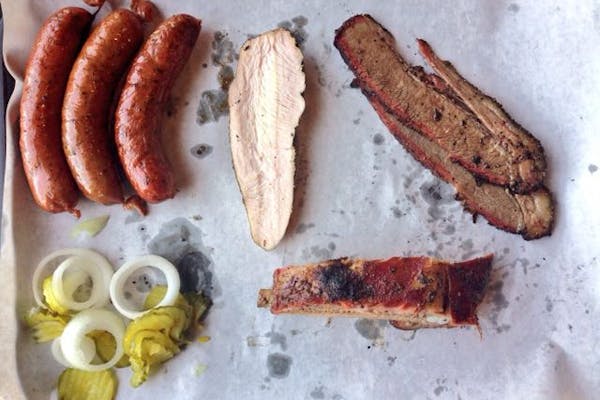 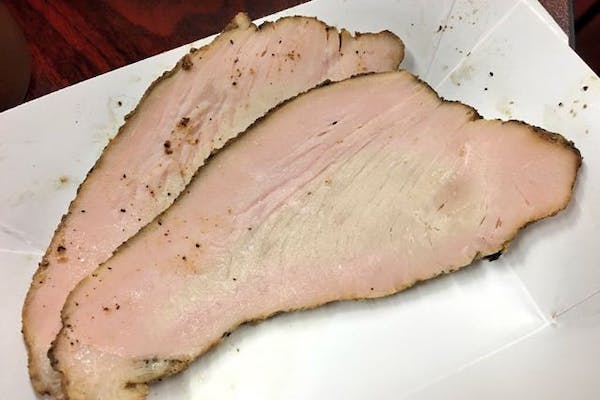 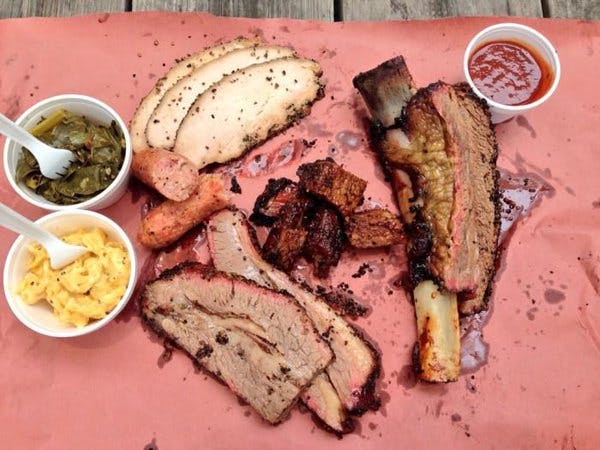 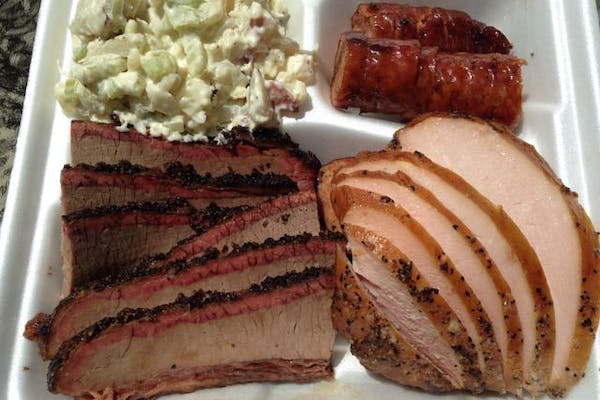 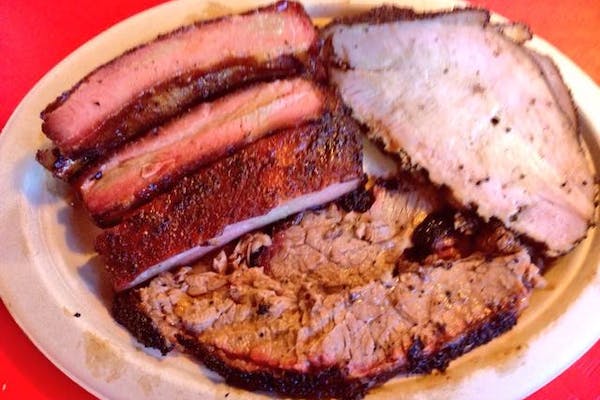 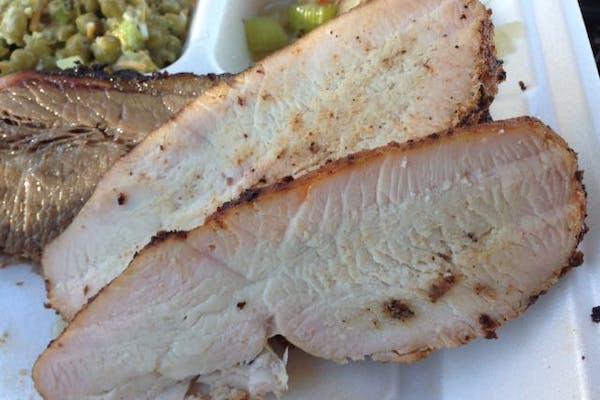 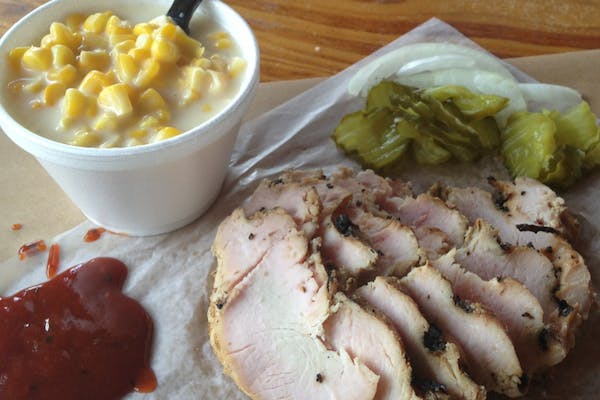 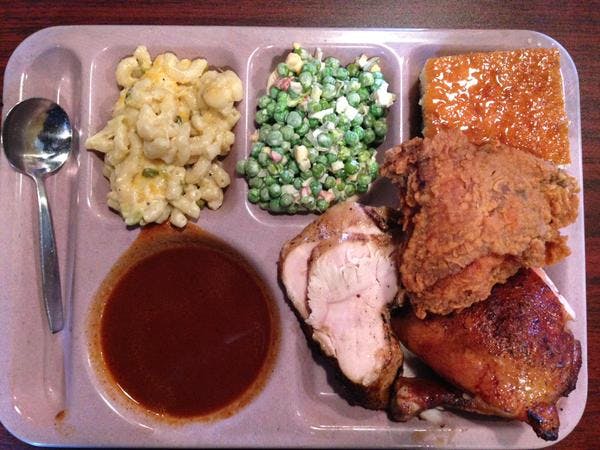 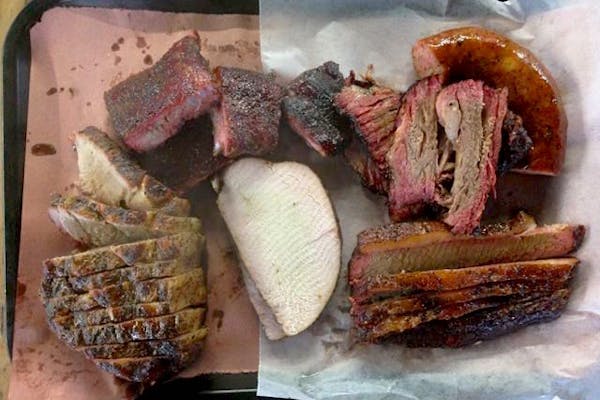 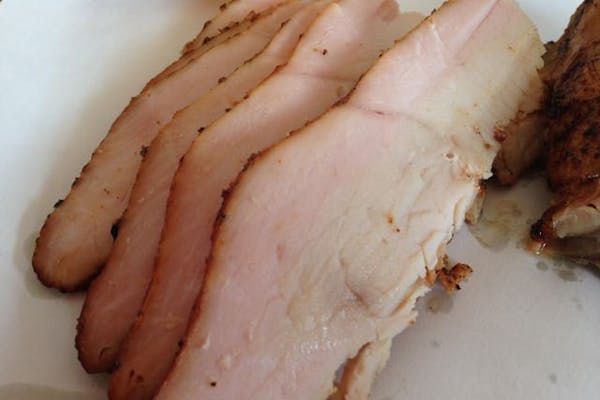 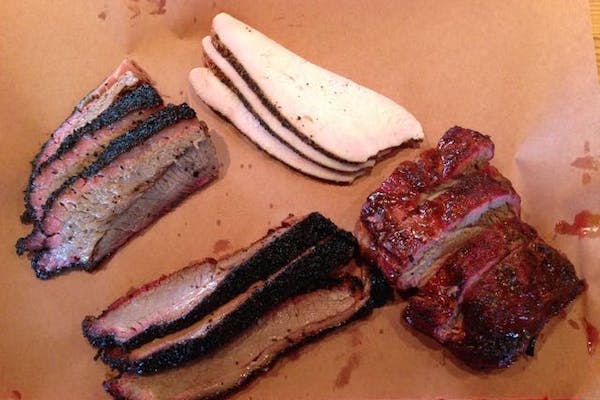 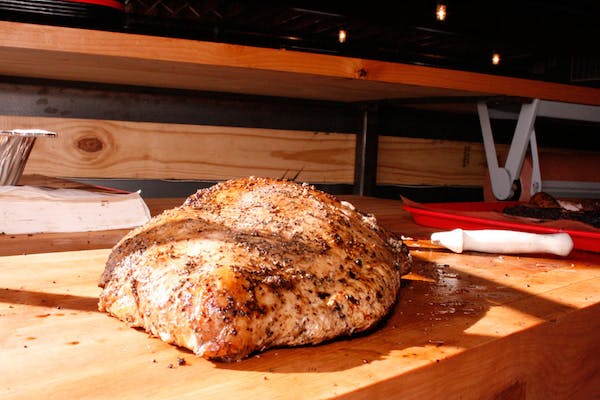