In today’s “Eat Like a Man” blog post, Josh Ozersky received a request from a reader for cooking tips to improve his backyard brisket. Instead of anything helpful, he got this reply:

“The larger point about brisket…is that brisket sucks. There, I said it. It’s gigantic, it’s misshapen, and only a third of it — the deckle — is fit to eat.” Adding that “…in the end it’s not even as good as the worst spare rib. I would suggest giving up brisket entirely.”

Dismissive and disingenuous are nothing new from Ozersky, but this comment comes one day after the conclusion of Meatopia UK which hosted Aaron Franklin and Tim Byres from Texas. They went to London to smoke meat for the Brits. I haven’t found the results of the event, but it was Aaron Franklin’s brisket that took top honors at last year’s Meatopia in New York. I guess it didn’t suck.

Brisket at its best is unbeatable; but its the lowest ROI BBQ meat. I will cook off against @BBQsnob any day, any fuel.

He had all the room he needed to explain that on his blog, but Ozersky prefers to reach for grand aphorisms when given the opportunity.

I’ll be brief on the brisket competition challenge. It’s on. I hope he brings more than this “Cookout-Worthy Beef Brisket” recipe from last year. Here are the highlights. 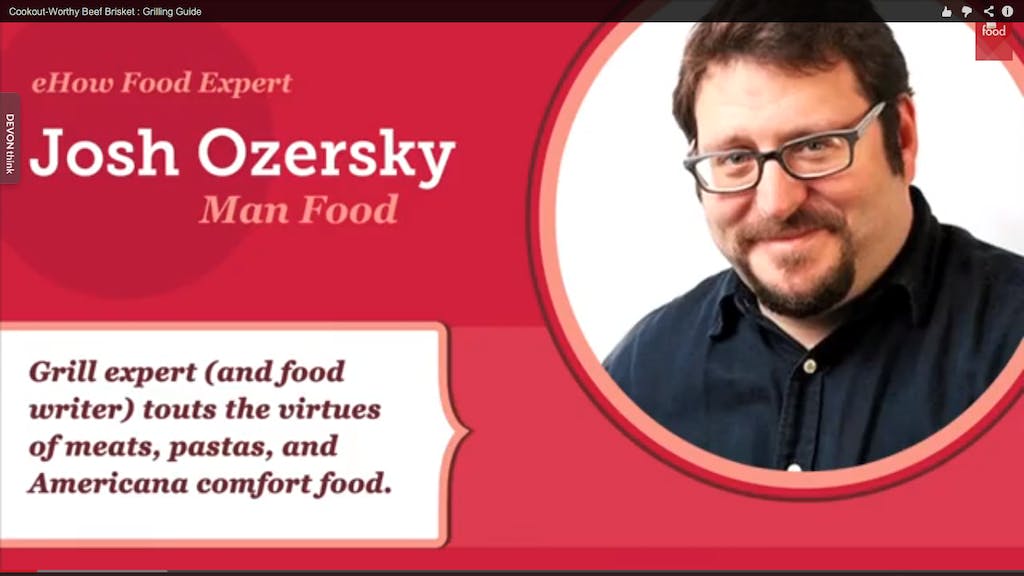 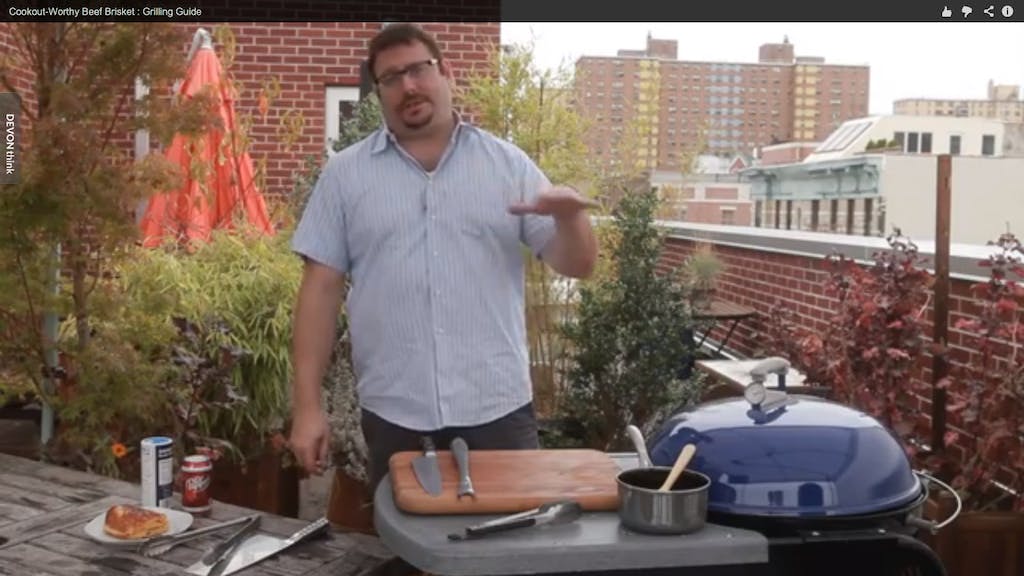 “To me, brisket’s the ultimate.” 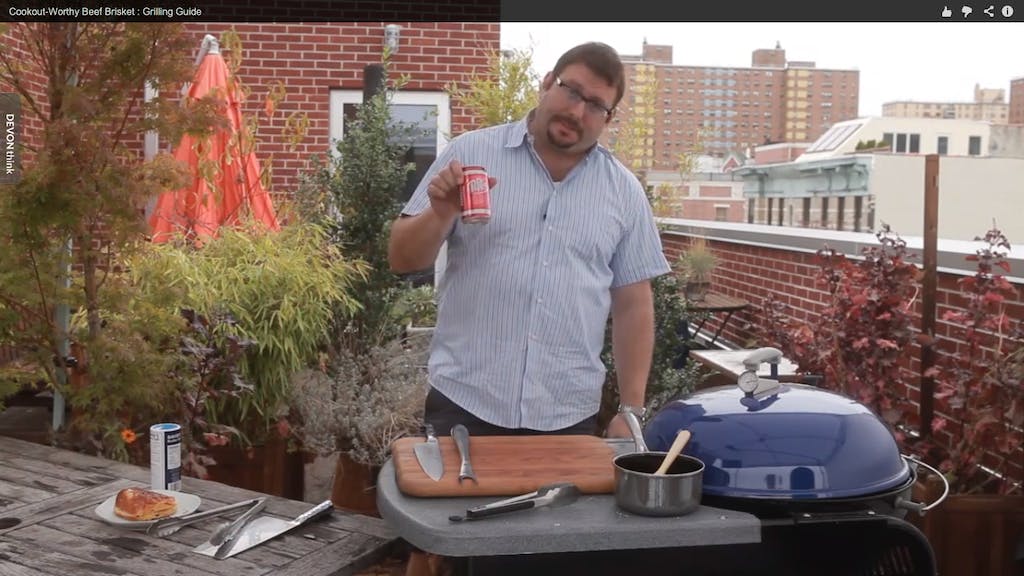 “I will make a brisket in my oven,” with Dr Pepper. 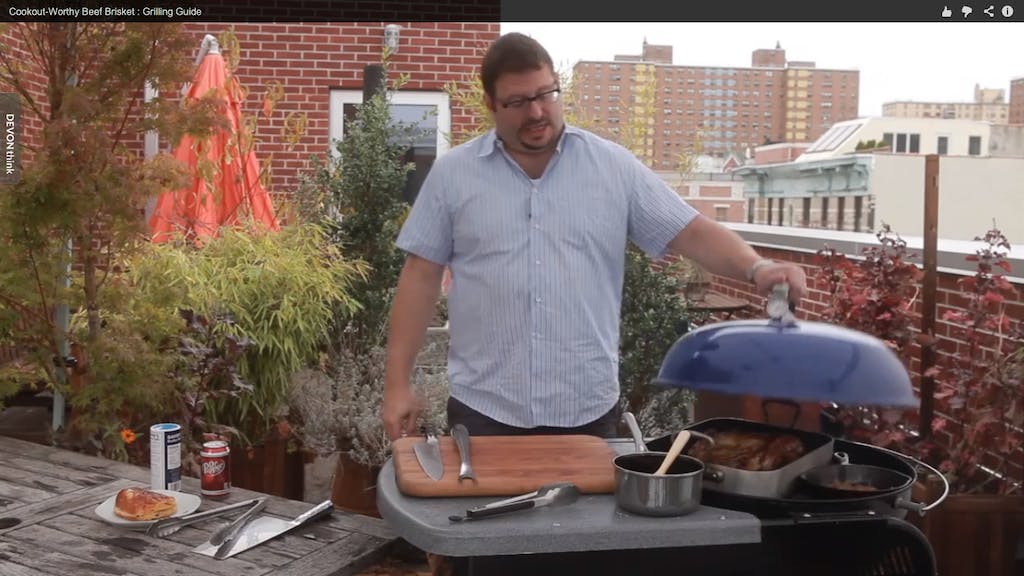 “I’ll finish it on site in the Weber.” 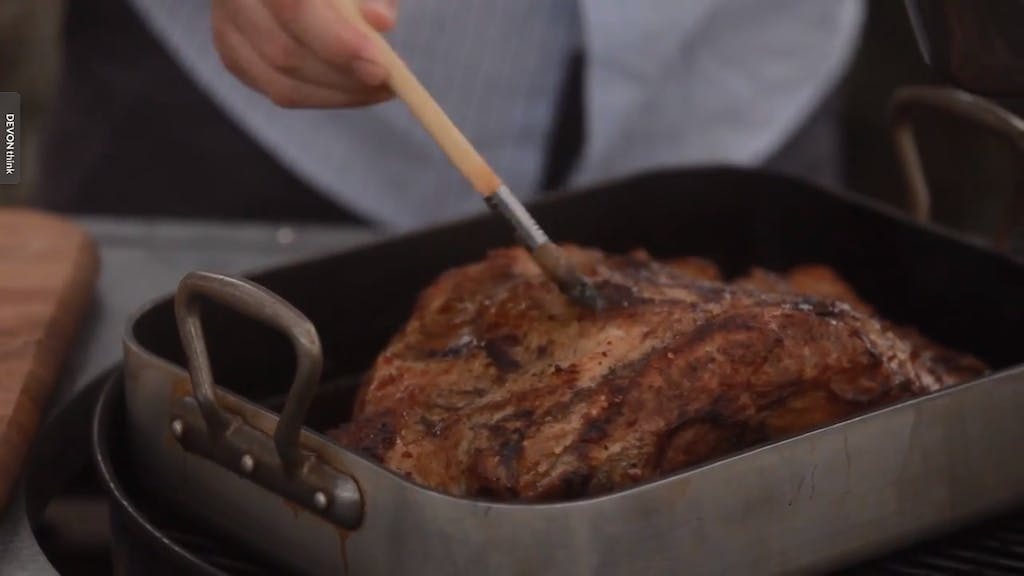 “I keep laying on the glaze.” 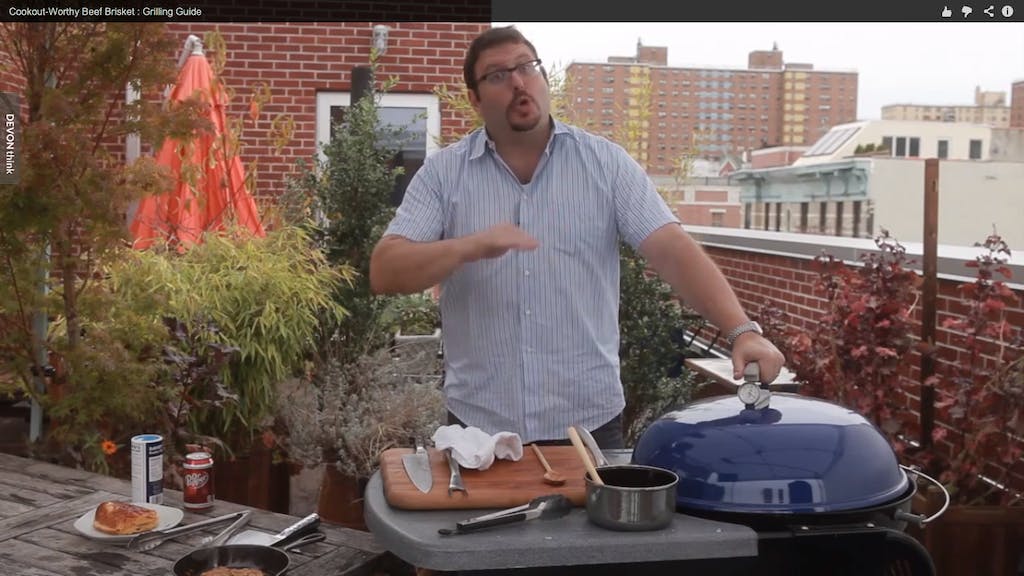 “It’s not going to be falling apart done, but that’s okay because I’m going to grill the slices.” 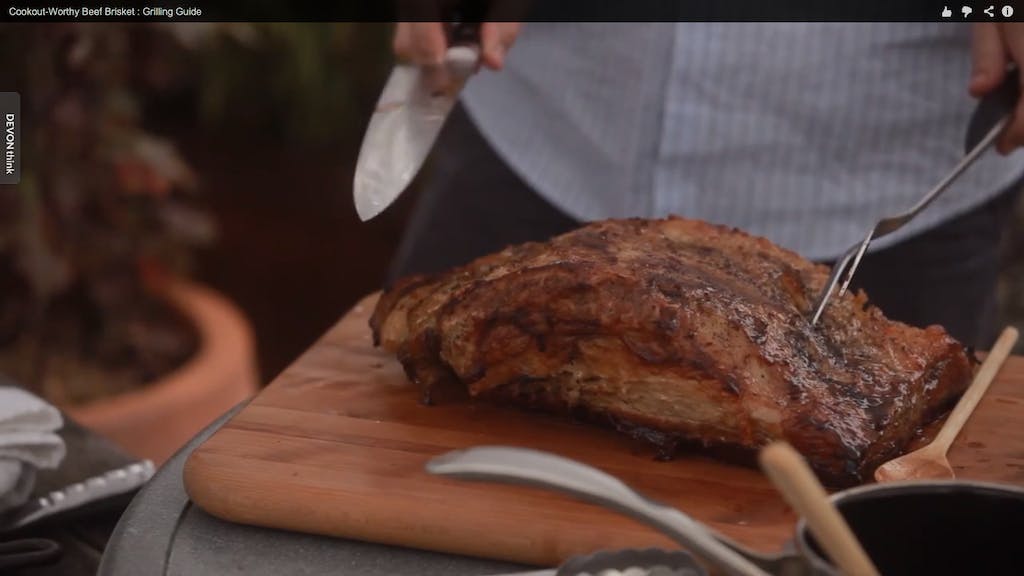 “You’ll see that it doesn’t have a huge layer of fat because I trimmed the whole thing before I cooked it.” 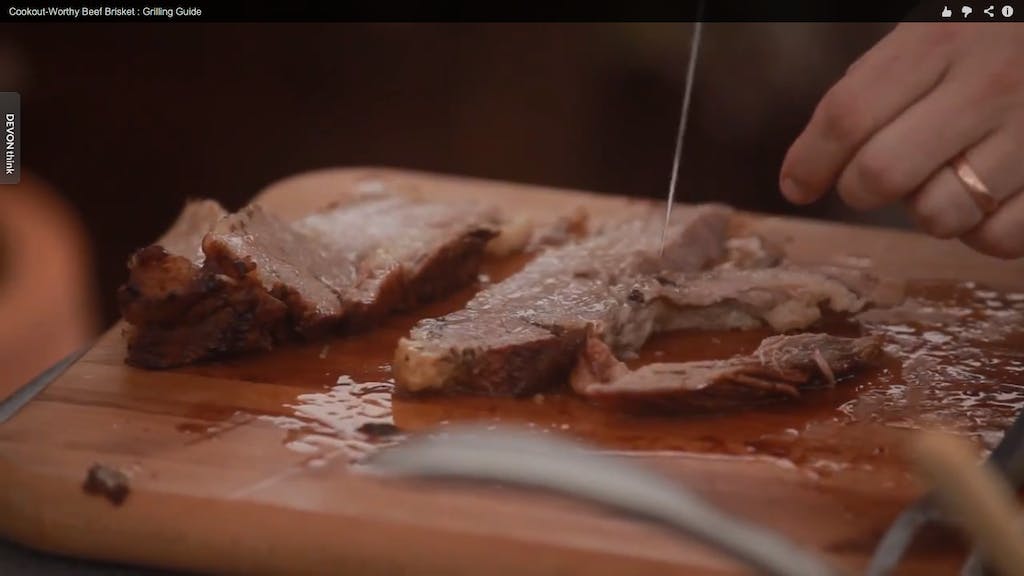 “Now I’m going to trim up the slices…” to remove any remaining fat. 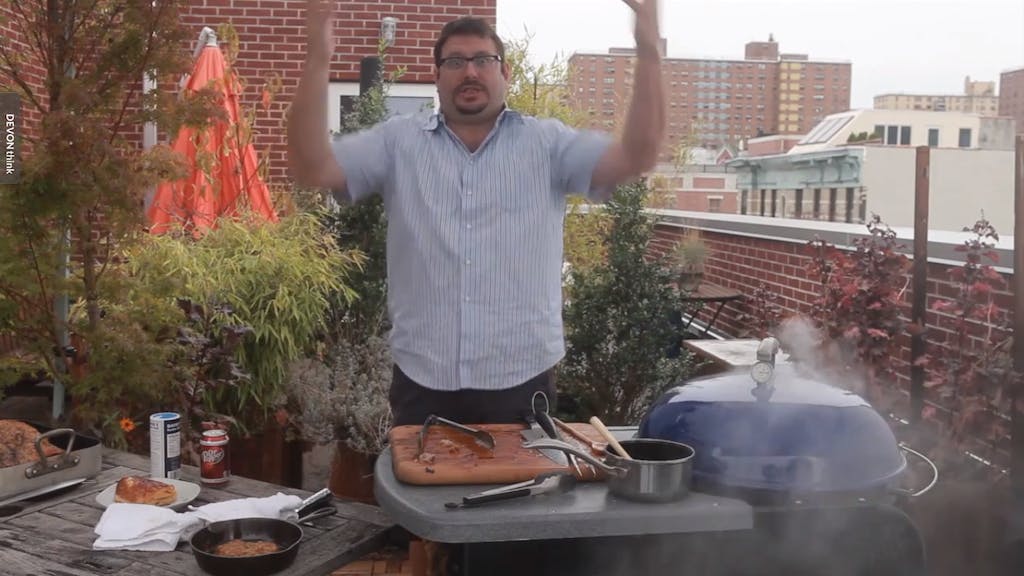 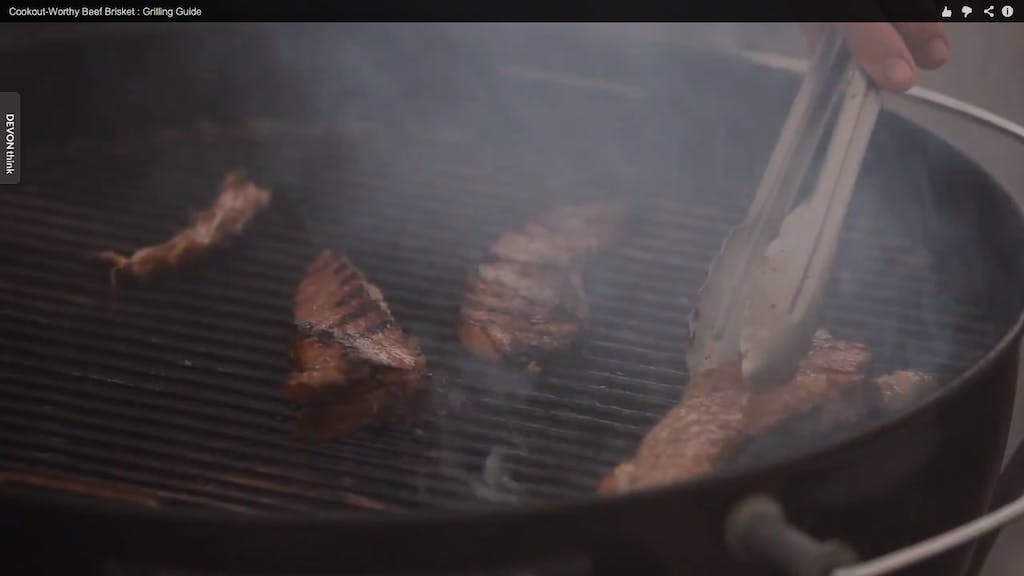 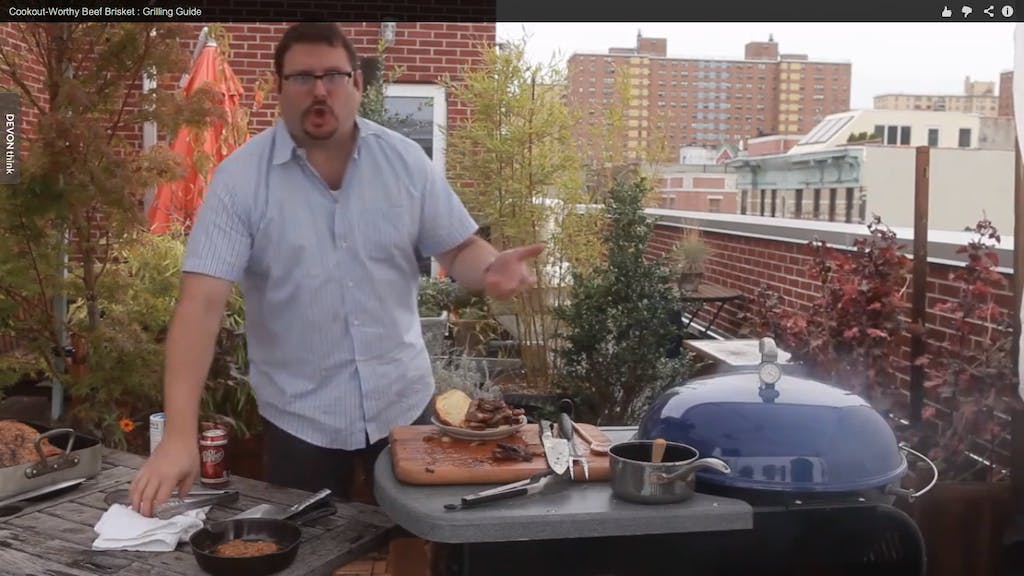 “We ended up getting a little punch of smoke more than we deserved…It’s like we cheated the barbecue process.”