This week on TMBBQ we’ll take a look at the Bryan family’s barbecue legacy. From Elias, to Red, to Sonny Bryan and beyond, the Dallas roots of this family tree run deep, but the branches extend well beyond Texas.

With so much family history, there are plenty of artifacts and mementos that I’ve captured images of. There are just too many to share in the upcoming stories, so here’s a look at some great ones. Many of these are hanging on the walls at David’s Barbecue in Arlington where Elias Bryan’s great grandson Jimmy Harris works the pits. 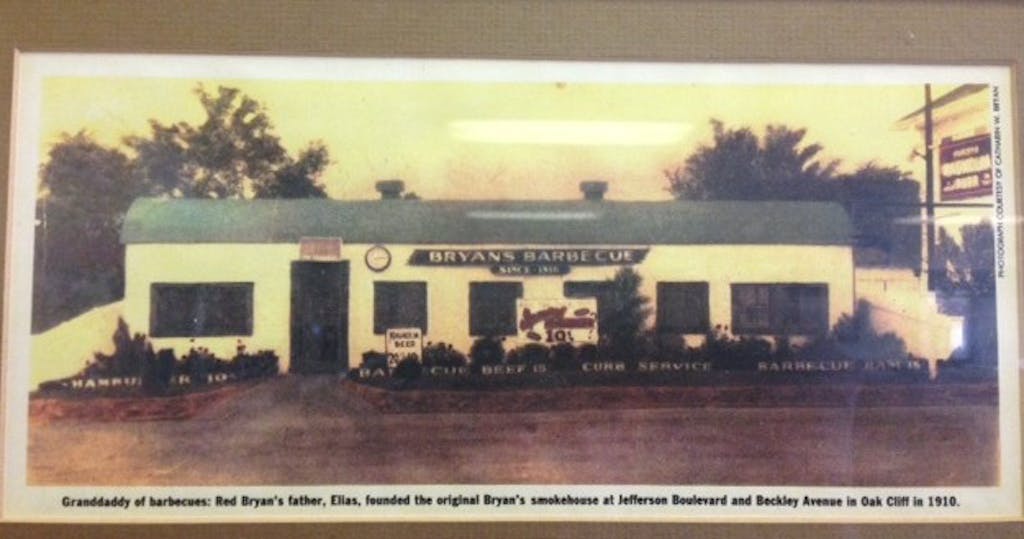 It all started at Bryan’s Barbecue in Oak Cliff at Jefferson and Beckley. The photo above hangs on the wall at David’s Barbecue in Arlington. 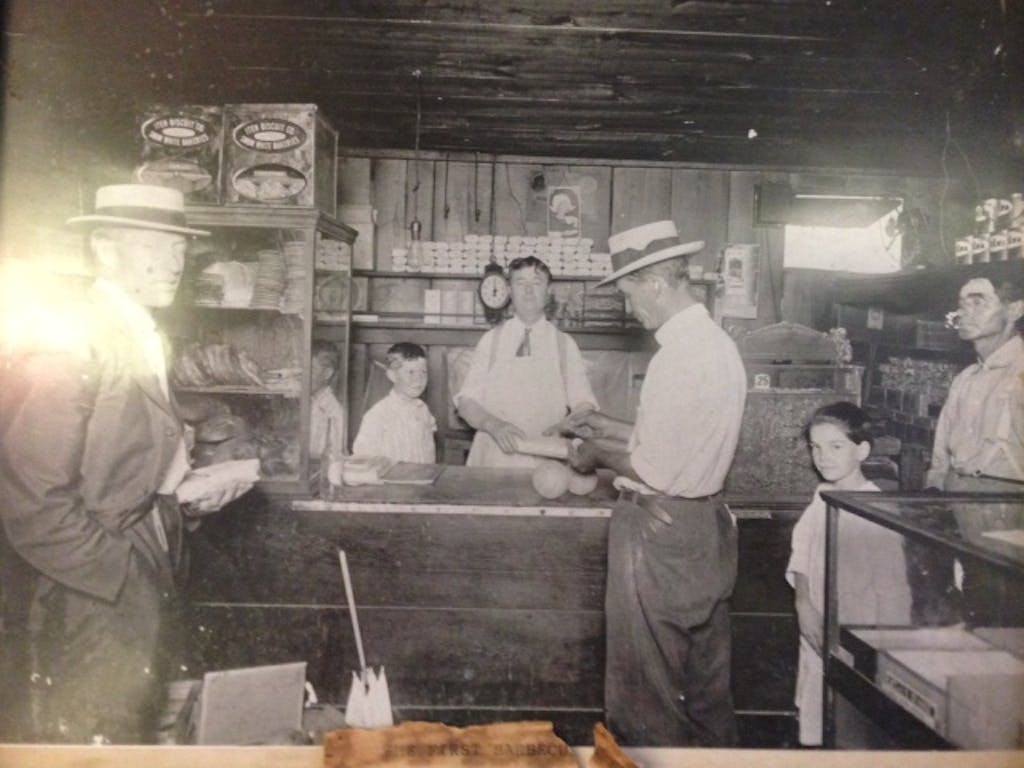 The interior of the original Bryan’s Barbecue with Elias Bryan behind the counter. From David’s Barbecue. 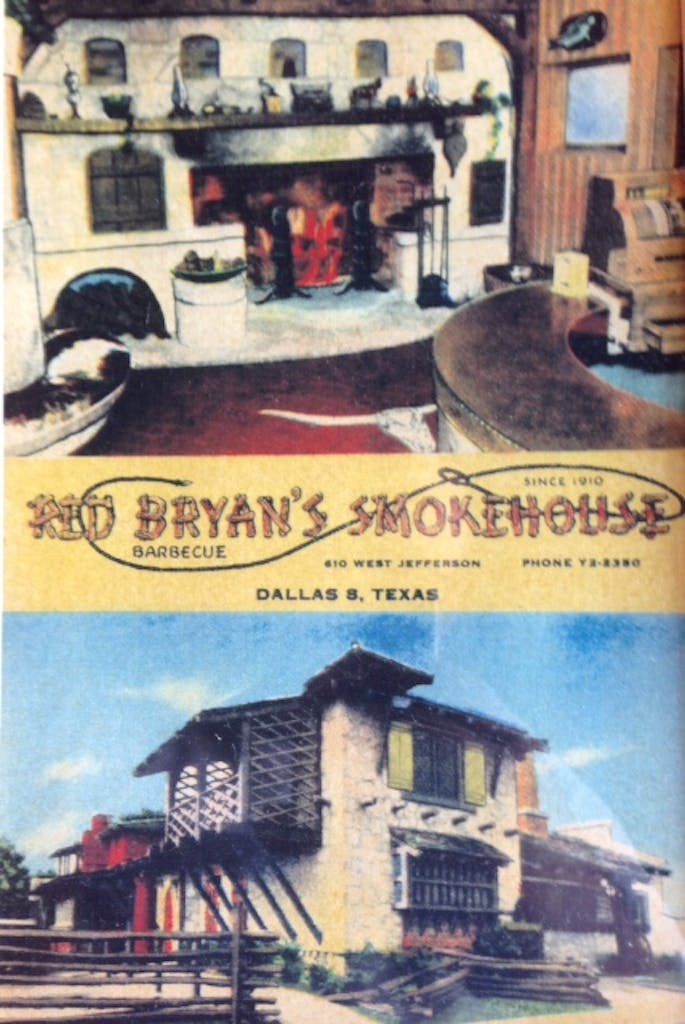 Postcard from Red Bryan’s Smokehouse which opened in Oak Cliff in 1947. From Sonny Bryan’s Barbecue. 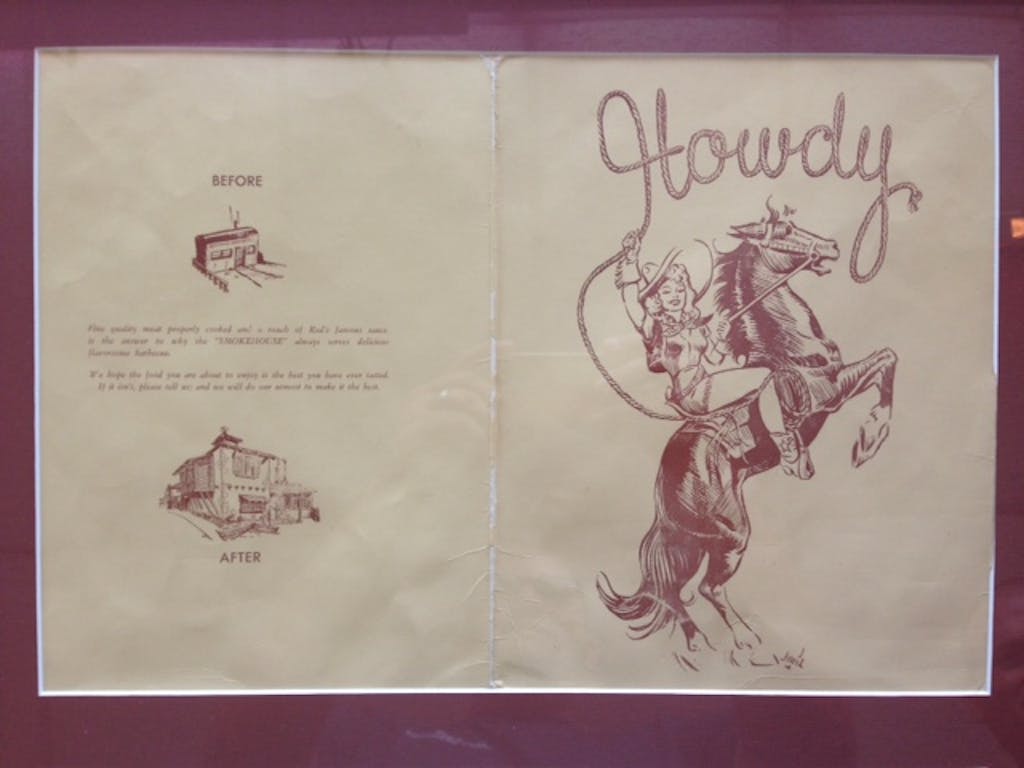 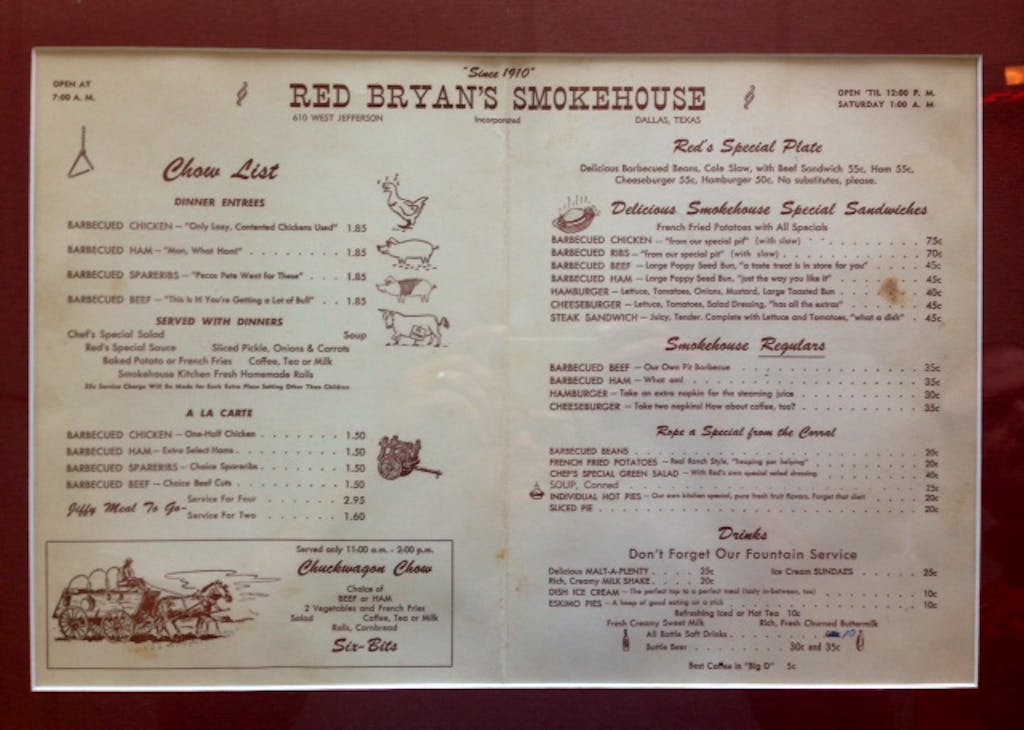 The menu from Red Bryan’s Smokehouse circa 1950’s. From David’s Barbecue. 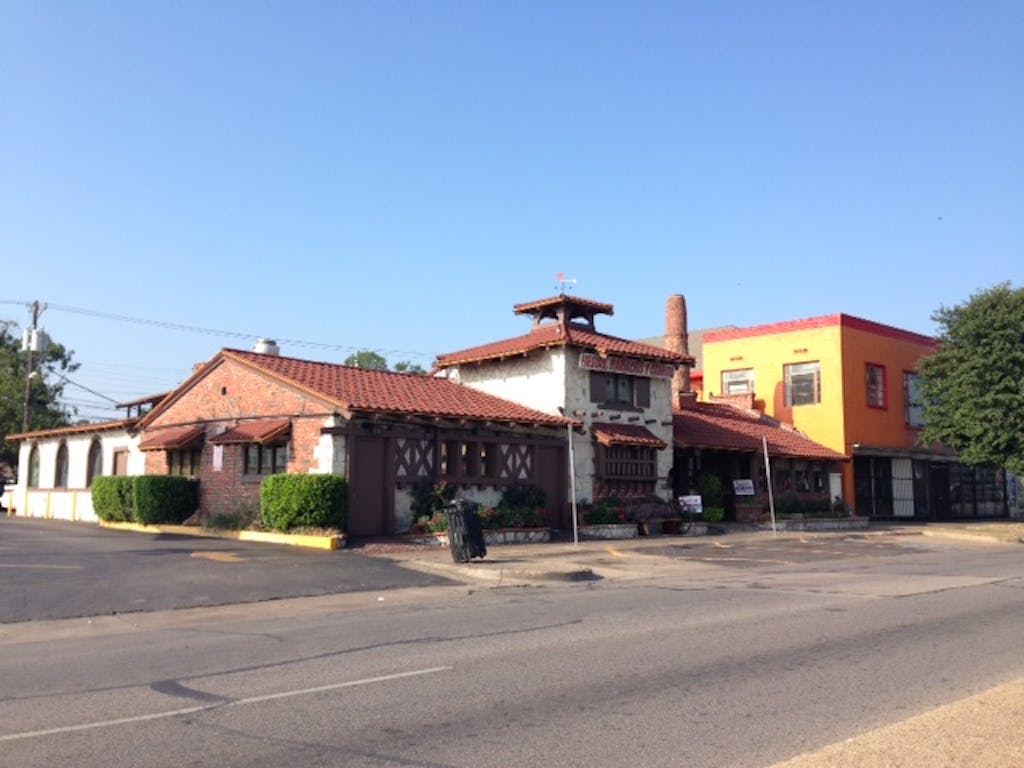 El Ranchito on Jefferson in Dallas is the former home of Red Bryan’s Smokehouse in Oak Cliff. 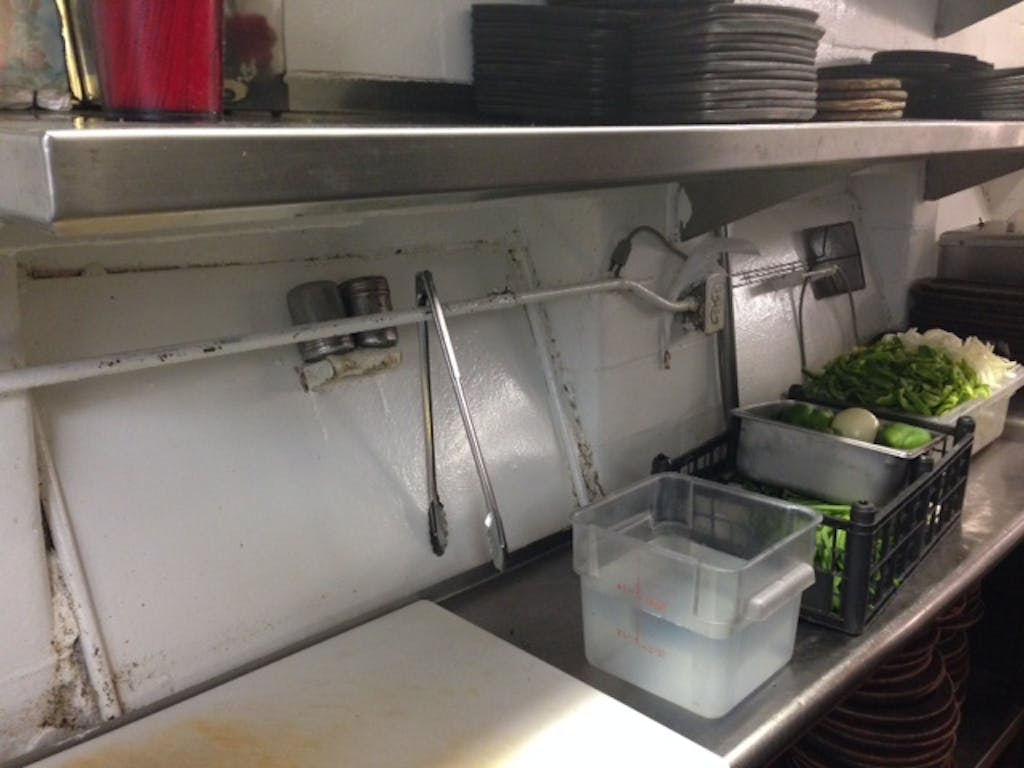 The pits at the old Red Bryan’s Smokehouse are still intact. The restaurant is now El Ranchito. They have no use for the old pits, so they are welded shut with prep tables placed against them. 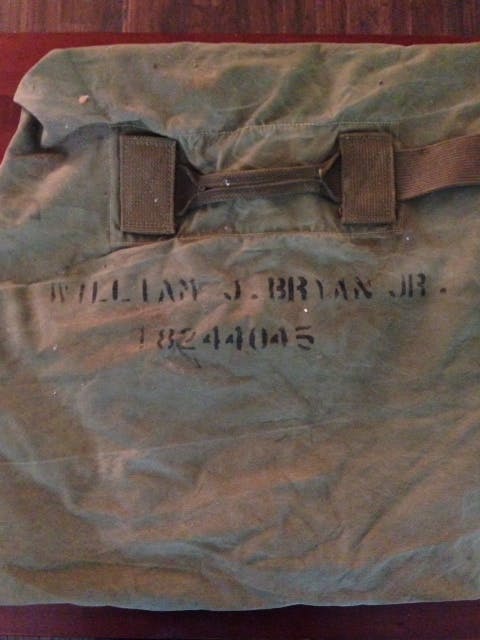 A couple recently purchased a home in Oak Cliff, and soon realized it was the former home of Sonny Bryan. Mara, the homeowner, on her blog wrote about the items she found in the attic including this military rucksack. 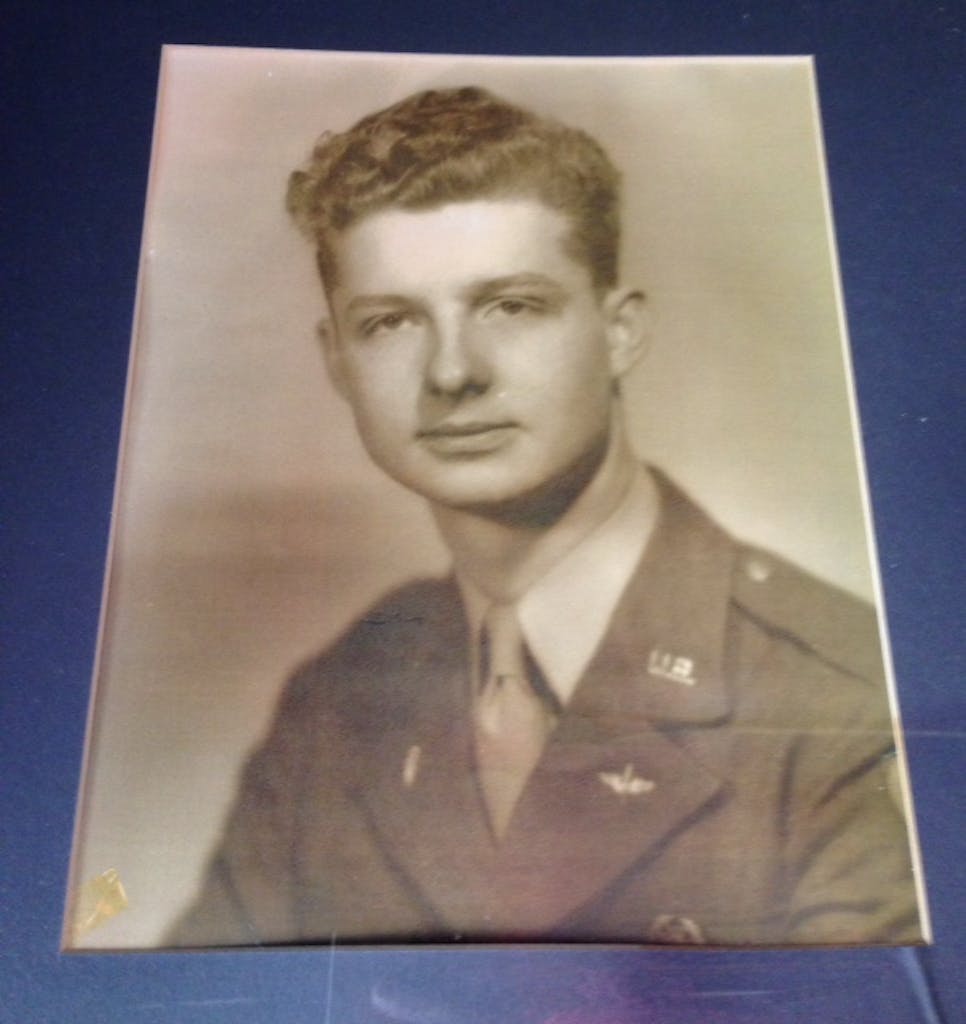 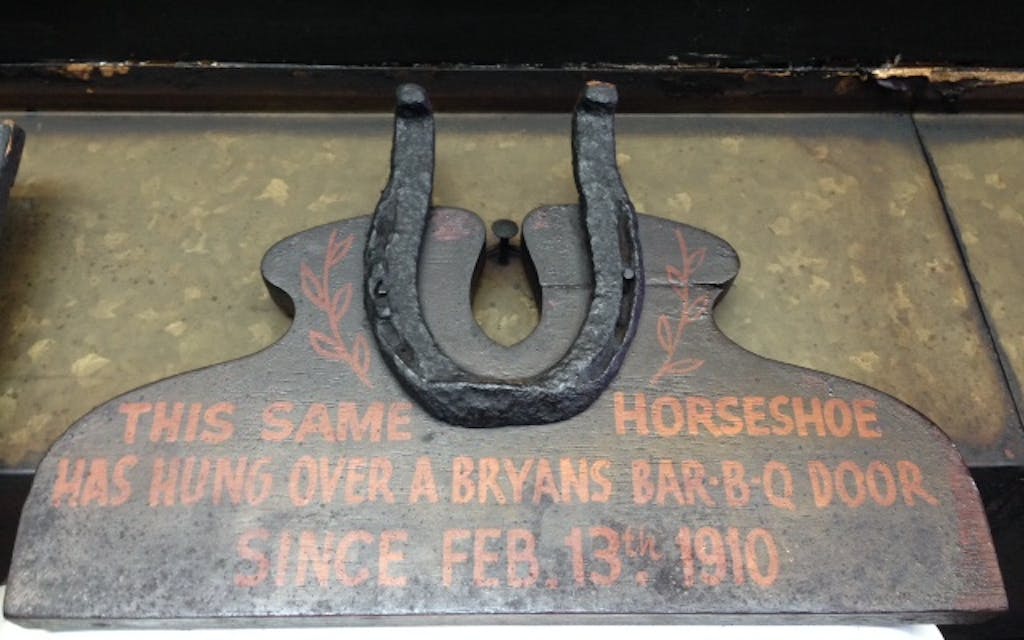