It was one of those rare times I wasn’t looking just for brisket. The possibility of a well-smoked burger on Coach’s menu was the draw. It reminded me that I’d never had a good one, and this joint just west of Waco might be the breakthrough. Certainly, a patty of smoky ground beef had been achieved by a few joints around the state, but none had managed to serve it with more juiciness than a crouton.

The problem with the smoked burger is that the cooking method is illogical. Like roasting pasta or boiling lamb chops, a low-and-slow smoker isn’t the best tool for cooking a burger patty. The temptation to combine one of America’s favorite foods with Texas’s favorite cooking apparatus is undeniable, but it deprives the patty of the high heat required for a well-browned exterior along with a juicy interior. Despite this, they remain undeterred at Coach’s.

“It’ll be another thirty minutes for a burger,” the meat carver barked. He was unapologetic, but at least that meant I’d get a fresh one. A Coach’s Plate had to suffice in the meantime. The $19 five-meat sampler with two sides was a heck of a deal, but the quantity was its most impressive aspect. Dry brisket was joined by over-salted and over-brined deli turkey. Both baby-back ribs and “peppered” St. Louis ribs were requested, but they doubled up on the latter. With a little more juiciness, they’d have been good on their own, but a dip in the sauce helped. A juicy and peppery sausage link had the best execution on the generous platter, but the warm cornbread muffins (free!) were a close second. 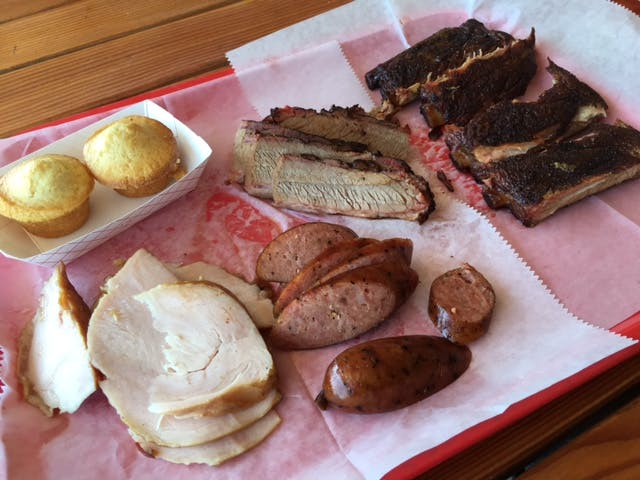 After plodding through the tray, it was time to focus on the meat of the Coach’s menu. Six signature sandwiches are offered, and the Coach’s Stack is a good place to start. Sausage and brisket are chopped together Mel-Man style, then topped with fried jalapeños, onions, and sauce. It sounds and looks like a mess, but a magnificent mess it was. A textural scientist must have engineered it with soft and fatty brisket meeting pleasantly chewy bits of sausage, and all topped with the crunchy saltiness of the onions. Jalapeños gave it a bit of heat, while the sauce brought the sweetness. This is why you come to Coach’s. 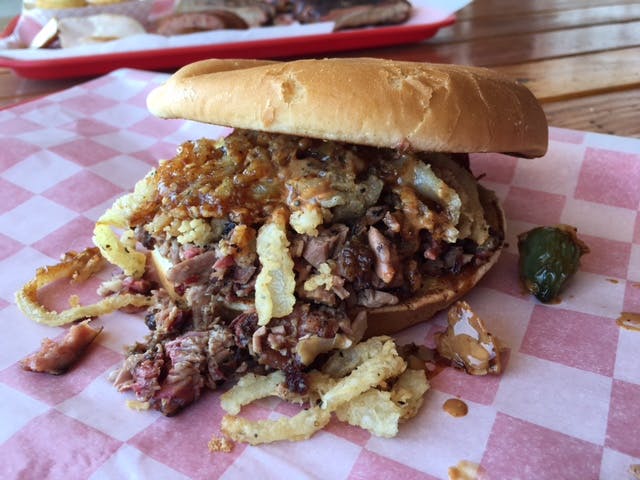 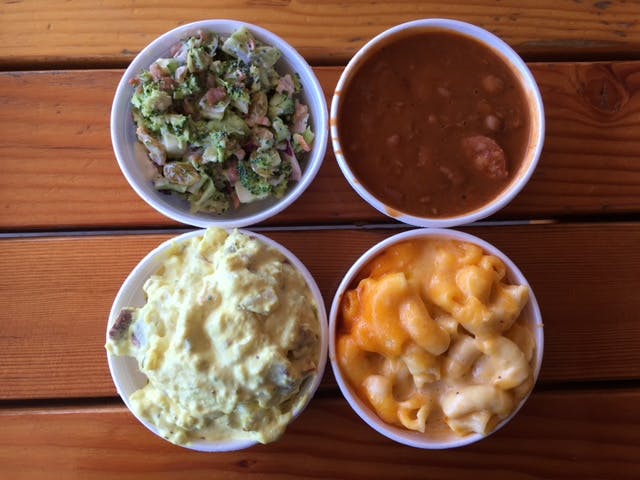 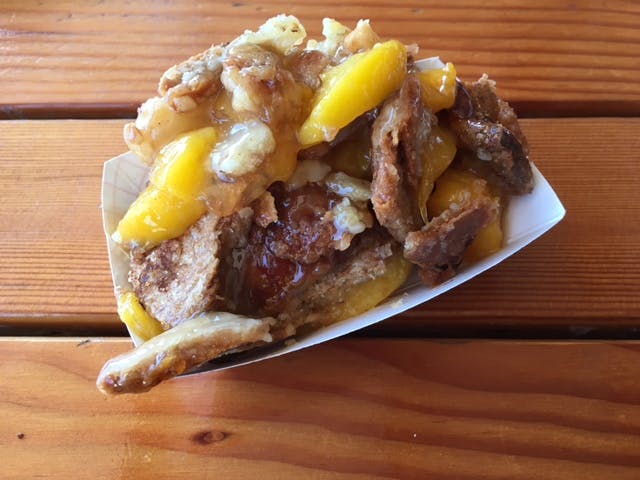 There are also the sides. All that I tried were homemade. The classic mustard potato salad (there’s also a creamier mayo variety), the meaty beans, and fresh broccoli salad with just enough crunch were all admirable. I’ll always prefer a mac & cheese that has been baked with a cheesy topping, and Coach’s does it well. It was a highlight along with the peach cobbler which is served by the spoonful directly from the large cast iron skillet in which it was baked. It’s a great way to end a meal, but there was still a smoked burger to attend to. 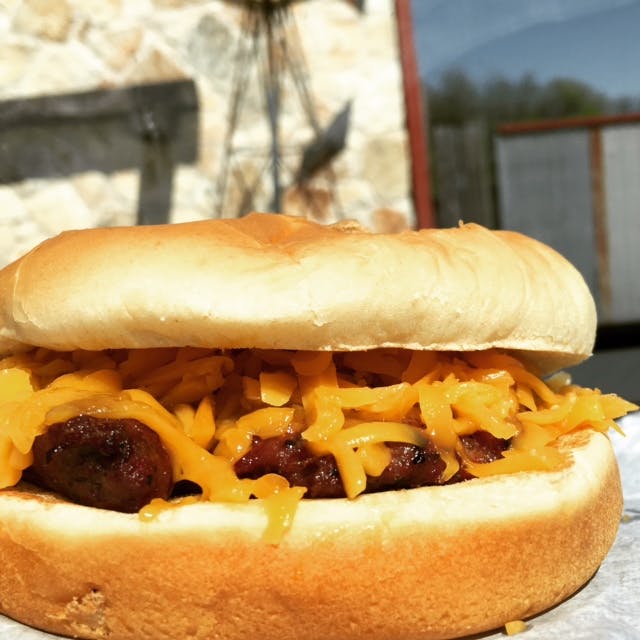 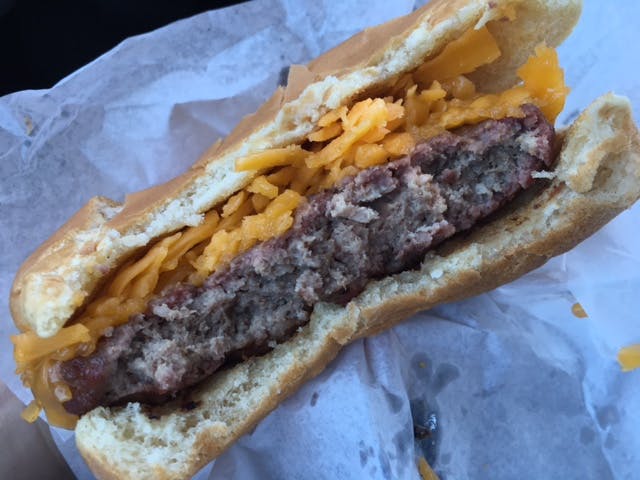 I grabbed one of the first to come off the pit as I left at noon. Beef and bun are assembled pit-side, while the remainder of the assembly operation shifts to the dining room side. A bevy of topping options were on display, but I just wanted to add shredded cheddar. I tore into it immediately after getting into the car (and, of course, after the brief dashboard photo shoot). At a half pound, it’s no small burger, but still gets swallowed by a bun one size too big. The patty hovers dangerously at the upper limit of medium well, but manages to stay moderately juicy. A dollop of mayo or mustard is recommended. There’s a bold smokiness, and the entire depth of patty is flavored from the seasoning. Even with my love of all things smoked, it’s a stretch to put it up against my favorite grilled burgers, but it is without a doubt the best smoked burger I’ve eaten.

For your smoked burger experience, I’d suggest a noon arrival, and it’s certainly worth a try. The brisket and ribs hold up just fine against the rest of Waco barbecue (a city in desperate need of a good brisket option), but out-of-owners looking for barbecue greatness should stick to barbecue on a bun at Coach’s.