In 1962, Tommy Cooper was sent out by his father George to expand the Cooper’s BBQ business from Mason to Llano. Tommy sadly died in an accident in 1979 and the business was sold. It was sold again in 1986 to current owner Terry Wootan who has seen this Hill Country staple’s fame reach new heights. The Wootan’s have also taken to some expansion of their own and have seen new stores open in New Braunfels in 2009 and Fort Worth in 2010. 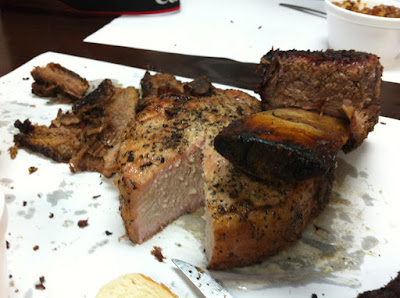 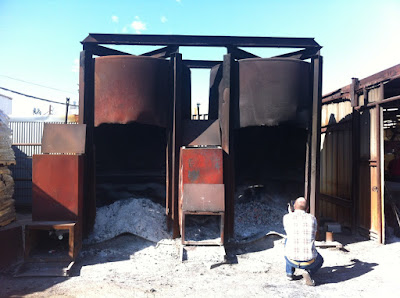 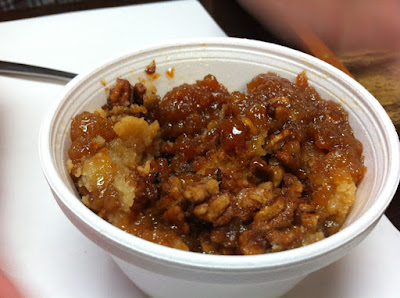 This is by far the most popular location with weekend road-trippers and bikers flooding the place by the dozens on the weekends. We opted for a visit right at opening time on a Friday where we had the dining room to ourselves. All the meats are ordered from the pit at the entry. The cooking pits are scattered about under the same roof, but this pit is just for warming. This is also where Cooper’s can suffer. Meats are stored here without any protection, and I’ve had dry meats on occasion when I make a late afternoon visit. I didn’t let the drying process start on this day and the meats were all superb. Beef ribs and brisket were boldly seasoned and tender with that signature flavor from those coals. It ain’t called ‘Home of the Big Chop’ for nothing, and the one on this morning was better than I’d ever eaten. The two inch thick chop was still hot from the fire just flowing with juices. This was best meal I’ve had at a Cooper’s anywhere, so get there early, folks.