In 2009, Shannon Bankston and Heather Hoff opened a barbecue shack back in the tiny Northeast Texas town of Ladonia, population 612. Before long they sought out a bigger audience and moved Fatboy’s BBQ to the next county over, specifically to a roadside stand in Cooper, Texas, population 1,969. Fatboy’s popularity in the slightly larger small town grew enough to support yet another move, this one into a larger building complete with interior seating, along Texas Highway 24, where Bankston and Hoff recently celebrated a grand opening.

The move was well-timed. Texas Highways magazine asked its readers to vote on the best barbecue in the state, and Fatboy’s landed in the top five, alongside joints like Black’s and the Salt Lick. In two visits over the last couple of years, I’d found decent barbecue, but it hadn’t cracked my top five, so I headed back to see what had changed beside the building. 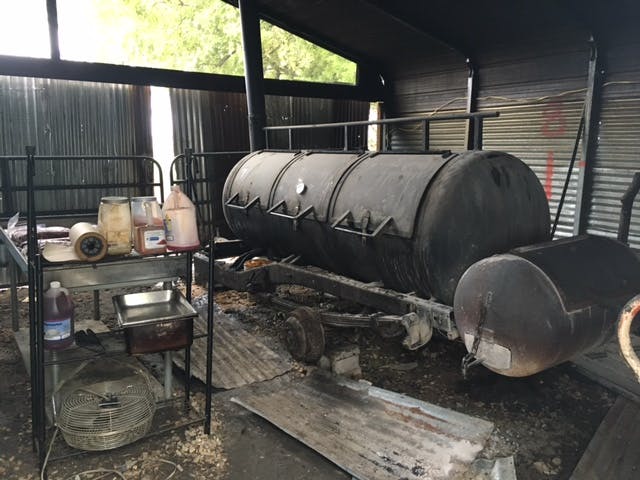 Cooking with wood has been important to Fatboy’s since its inception, and that method remains a top priority. A side building houses a steel, offset smoker that Bankston and Hoff have schlepped from location to location, starting when they were in Ladonia. Another smoker is also on-site, one that Bankston built with his father long ago and recently had refurbished. The two smokers both are only stocked with pecan wood, so when I tasted the meat and noted how smoky it was, I wasn’t surprised, given the fuel of choice. In fact, the overly strong smokiness had been my biggest complaint on previous visits. That hasn’t changed much. 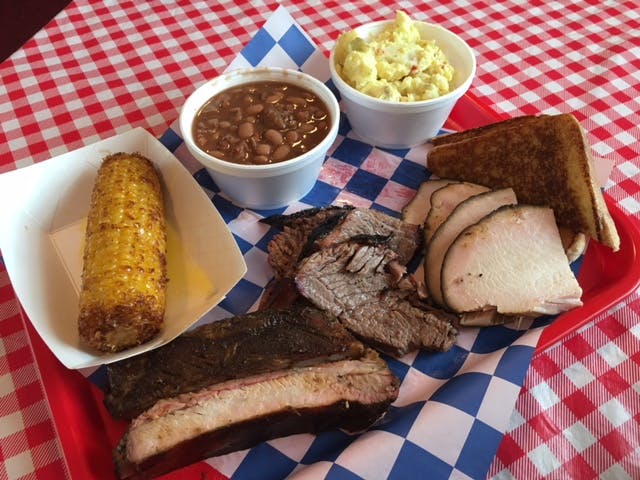 The ribs were tender, but they were hard to enjoy because of the strong flavor of creosote on the surface. Slices of turkey were better, but only because the the blackened edges could easily be cut away. Surprisingly, the brisket didn’t suffer from the same issue. Fatboy’s smokes prime briskets, and the grade of meat makes a difference. Slices from the fatty end were juicy, well seasoned, and had a more balanced smokiness than other meats. It was a marked improvement from previous visits. 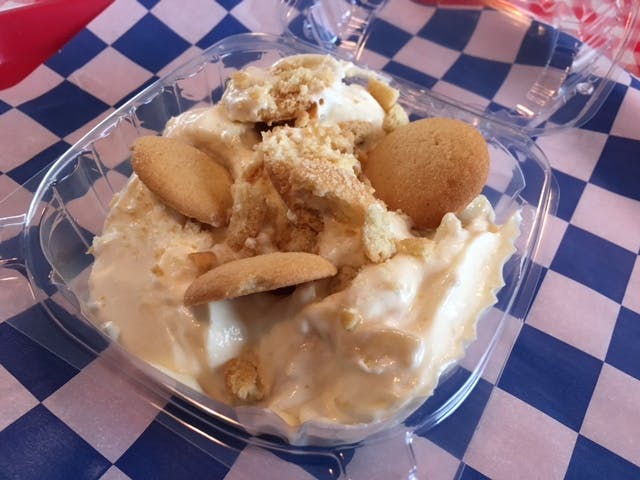 Sides of pinto beans and potato salad were both good versions of classic recipes. One unique side option Fatboy’s serves is the whole ear of deep-fried corn. It had a nice spiciness, but held on to plenty of its frying oil. A variety of small cheesecakes were on display, but I went for a generous serving of the fluffy banana pudding; I wasn’t disappointed.

I’m glad to see that the smoked brisket has improved as much as the surroundings. Fatboy’s may not hit on all cylinders, but good brisket is hard to come by in these parts, and that alone makes Fatboy’s worth a stop.