You don’t have to look far to find a beef short rib on a barbecue joint menu, and chef John Tesar* has eaten many of them. [Full disclosure: Tesar and I share a literary agent, I’m mentioned in his new book, and we’re friends in beef.] He’s a big fan of Texas barbecue, as you might expect from the guy at the helm of Dallas’s premiere dry-aged beef palace, Knife. “I have enormous respect for Texas barbecue,” he says. And that reverence is exactly why barbecue is not on the menu at Knife. It’s a steakhouse. He’s not smoking briskets or beef ribs, but he wanted to find a way to serve beef ribs as a steak.

If you’ve ever tried to smoke a rack of beef short ribs, you know how tough they can be. This isn’t like a sirloin or ribeye that you can simply grill to medium rare. That’s why barbecue joints let them slow smoke for hours until the collagen has transformed into magical gelatin and all that intramuscular fat has melted. To get beef ribs tender, they must be thoroughly overcooked. Tesar, instead, wanted to serve beef ribs medium rare, but with all the tenderness of a smoked or braised version. For that, he turned to sous vide.

Sous vide, for the uninitiated, is a form of slow cooking which involves ingredients sealed into a plastic bag and submerged in warm water for long periods of time. In the case of Tesar’s beef plate short ribs, that’s 72 hours to get them up to medium rare (see the photo at the top). After sous vide, the ribs are chilled in the cooler, then reheated over a wood grill for service. In his new cookbook, Knife: Texas Steakhouse Meals at Home, he suggests reheating them in a cast iron pan until all of the outer edges have been crisped. Watching it happen on the wood-fired grill in Knife’s kitchen was far more satisfying, and easy enough to replicate at home (if you have sous vide capabilities, of course). The surfaces hiss, pop, and sizzle as they’re quickly browned on all sides, a dance that requires a dozen or more turns to keep it from burning. 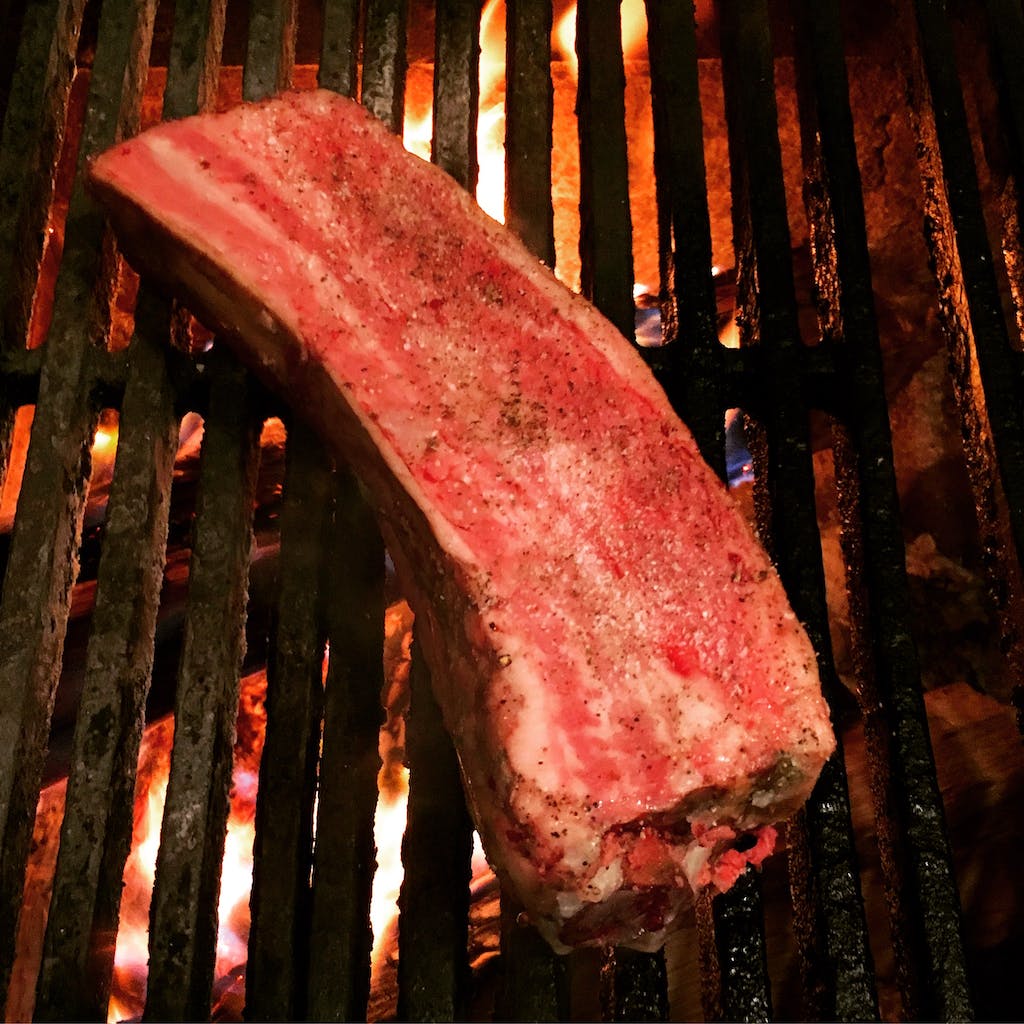 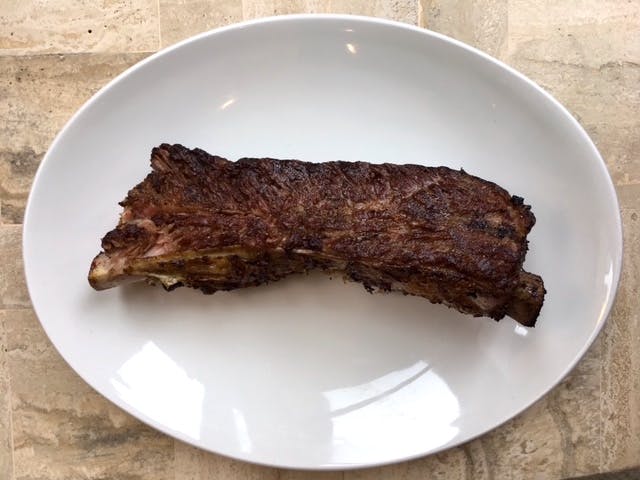 The beauty of sous vide cooking is that even at medium rare, all of the connective tissue has been broken down in the rib. The fat has all been cooked as well, but unlike on the smoker where much of it melts into the smoker chamber, the fat in these short ribs hasn’t reached the melting point. Even after being reheated on the wood grill, nearly all the fat remains with the rib. I call it John Tesar’s full fat beef rib. 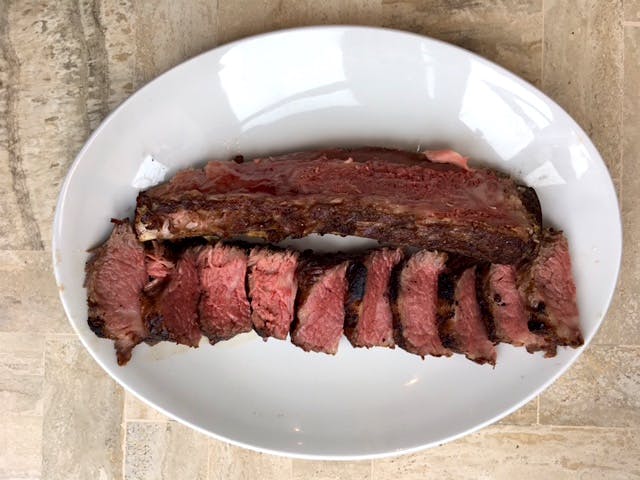 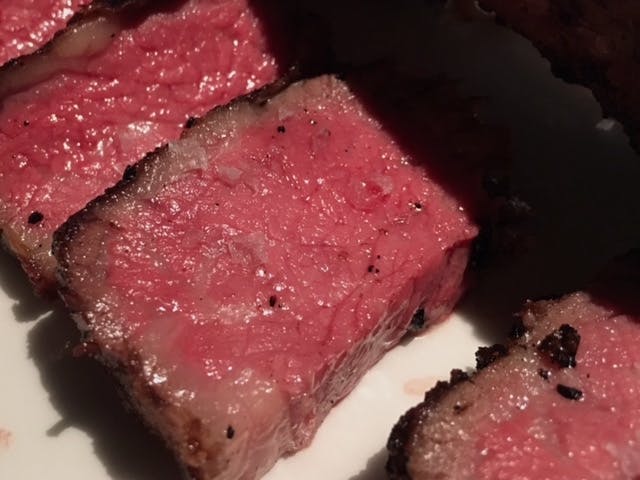 There has been plenty of noise made about sous vide barbecue, but those recipes have the express purpose of replicating the result of smoking meats like brisket. Tesar’s method for short ribs creates a different target for doneness, and therefore texture. These ribs don’t eat like a prime steak nor do they pull apart like a smoked short rib. A knife (and maybe a fork) is required. Tesar says “it literally melts in your mouth,” and he’s right. It’s more like the buttery texture of Kobe beef, and it’s also incredibly rich. This full fat beef rib is a decadence that’s meant to be shared, but not meant to compete with the beef ribs at local barbecue joints. Although, at $38 for a full rib on the Knife menu, the price matches up well.