This feature was originally published in the Fall 2015 issue of Gravy, the quarterly magazine from the Southern Foodways Alliance.

Patillo’s Bar-B-Q in Beaumont, Texas, is the fourth-oldest barbecue joint in the state. You’ve probably never heard of it. Its founder, Jack Pat(t)illo, is believed to be a direct descendant of one of the earliest Texas settlers, George Alexander Pattillo. The recipes they still use today came from a woman who traced her ancestry to the McFaddins, a powerful local family who amassed wealth from land and cattle. These family ties aren’t simple, and the stories behind them don’t figure into Patillo’s marketing strategy.

Robert Patillo runs the restaurant now in a wooden structure his forebears built in 1950. He hand-stuffs the same spicy beef links that his great-grandfather Jack Pat(t)illo cooked when he opened the doors in 1912. Robert Patillo says that Jack married into the recipe by way of his second wife, Roxie, in 1907. (She made him drop one the “t’s” to become Patillo.) Five years later they opened a small restaurant together downtown, cooking with recipes from Roxie’s mother, Martha McFaddin. The thin, gravy-like barbecue sauce they still make was hers, says Robert. And “she developed the all-beef link, and that’s the way it has always been made.”

Texans revere their state’s century-old barbecue joints. Visits to the Central Texas stalwarts of Kreuz Market in Lockhart, Prause Meat Market in La Grange, or Southside Market in Elgin are prized check marks on a barbecue tourist list. So why don’t you know about Patillo’s? 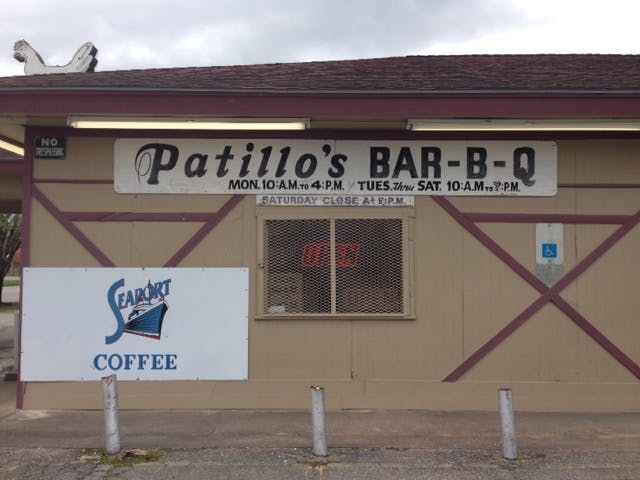 The location in often-overlooked Beaumont doesn’t help. If you told everyone in Austin that Beaumont was part of Louisiana, half of them would believe you. Beaumont’s only claim to fame is Spindletop, an oil well that went dry in the 1930s.

Patillo’s most famous menu item is all-beef sausage link stuffed in beef casing and imbued with a heavy hit of garlic. Locals call them “grease balls,” and the nickname likely repels some diners. I asked Robert Patillo, now sixty-seven, if being constantly overlooked on barbecue best-of lists bothered him given the long history of the place. “After I got to be a certain age, I don’t want to have that stress on me,” he said.

I could blame geography or beef fat for Patillo’s relative anonymity, but I know it’s neither. The Patillos were dismissed before they even starting selling links. According to family lore, Jack Patillo (or Pattillo) was the son of George Alexander Pattillo and his black housekeeper. His name doesn’t show up on the otherwise-heralded Pattillo family lineage. Roxie’s mother, Martha, was the half-black daughter of a housekeeper and a patriarch of the wealthy McFaddin clan. To distance herself from the family, she used the name Martha Mack. 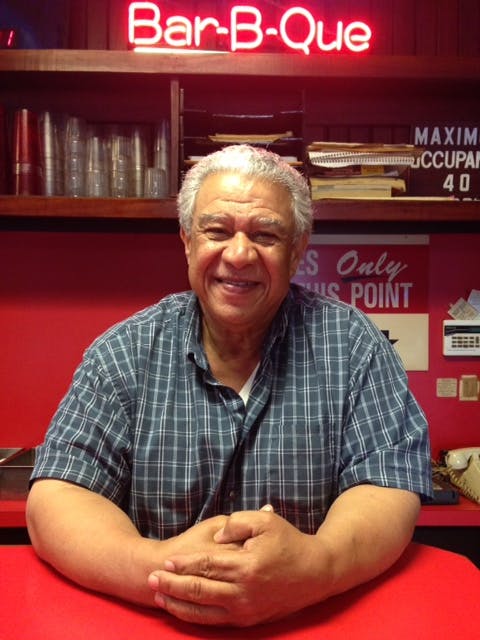 Robert Patillo, with fair skin and wavy white hair, sat across a table from me. I was embarrassed to ask, but I wanted to know how he identified himself. “I’m black,” he said. “Back in the time when I was born, there wasn’t any mixed. You were black or white.” As he talked, it hit me that Patillo’s is the oldest African-American owned barbecue joint in the state. I realized the disservice I’ve done to Texas by not crowing enough about Patillo’s history—or their beef links, which are unique to Southeast Texas.

The sausages start with a beef casing instead of pork. It’s tougher to chew, so most squeeze the contents out onto bread the way you might work a toothpaste tube or a link of boudin. Unlike the restrained salt-and-pepper seasonings of German- and Czech-style sausages in Central Texas, these links hit you with garlic and leave you with the heat of black and red pepper and chili powder. And don’t forget the fat. These aren’t lean sausages. The bright red, molten “juice” that runs out when you crack one open gave grease balls their nickname.

There are easier ways to make it in the barbecue business than by hand-stuffing 500 links every other day. They grind the beef in-house. Robert oversees the quality control: “I even taste a spoonful of the raw meat after it’s ground up and the seasoning is mixed in,” he said. “I don’t spit it out.”

Patillo’s Bar-B-Q has survived despite devastating hurricanes and moves all over town. By 1945, the business had expanded to a second location under Frank (Jack Jr.) Patillo, Robert’s grandfather. His willing tutelage helped to spread the famous link to other establishments around Beaumont and eventually to Houston. It’s likely that the Patillos created a whole tradition of sausage making that has survived for a century.

At Texas Monthly, and we evaluate barbecue joints according to brisket. It’s a common fallback position for writers and barbecue fans alike, a rating system anchored in the legendary, and mostly white-owned, joints of Central Texas. If the brisket isn’t any good, then the restaurant is only worthy of moderate praise. And if a barbecue joint doesn’t have great brisket, it won’t make our Top 50 lists.

But what if another menu item is a culinary treasure that goes back a century? Until now, these joints have not received the considerable attention that comes along with top rankings. I’ve come to realize that it’s an outdated way of thinking. It’s like judging a deli solely on its poor pastrami, even if it has the world’s greatest corned beef sandwich, or requiring that Tom Brady also be good at basketball before we call him a great athlete. 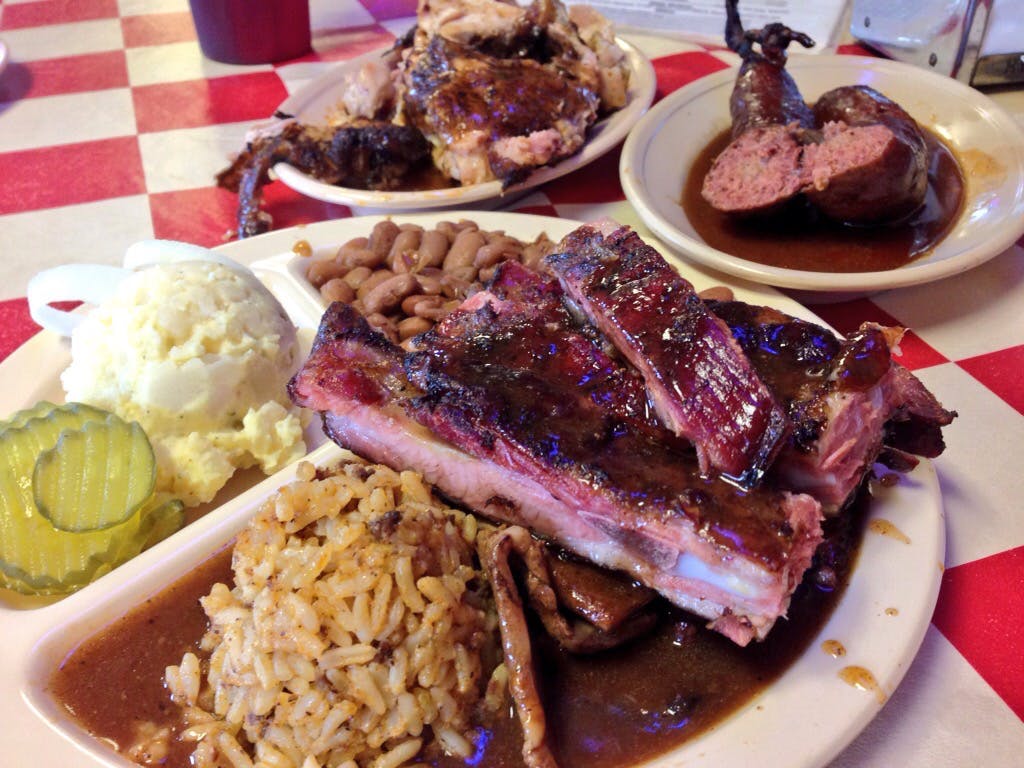 Patillo’s does not serve brisket. Chicken, ribs, and those all-beef links are the stars—and after that, if you still have room, the personal-sized pies are excellent. There’s a chicken mounted to the roof, not a steer. Sliced beef, carved from shoulder clod, is a newer addition to the menu. The only brisket in the building ends up in the sausage.*

Beaumont is a long way from Central Texas, where sliced brisket is king. That shouldn’t make Patillo’s an afterthought. After all, they’ve been making spicy beef links a lot longer than brisket has been on anyone’s menu in Texas. Those sausages—and their history—deserve our respect.

*Robert Patillo has since told me that when brisket dips below shoulder clod in price, he’s happy to smoke it instead, but it was only shoulder clod being served during my last visit.