Four decades ago, when Tim Hutchins’s father first started serving food in far north Texas, catfish was king and his smoked meats were almost an afterthought. But along the way, the barbecue evolution happened, and now it’s tough to find a hotter ’cue operation anywhere north of Dallas. Wood-paneled walls and black and white photographs give the place an old-school country steakhouse vibe. Hutchins gets about a thousand hormone-free briskets a week almost entirely from Aspen Ridge, out of Greeley, Colorado. Cooked over oak and finished with pecan, they are cut to order on a butcher block at the front of the store, yielding black-crusted pink slices that are as spectacular to look at as to eat. 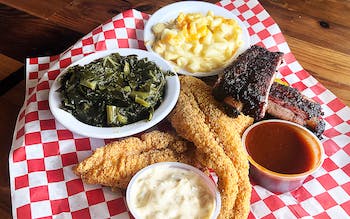 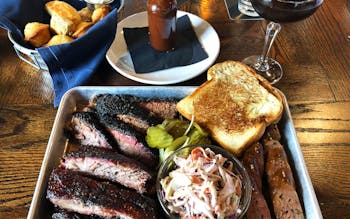 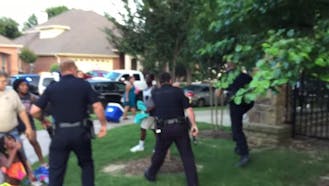