After he retired from his duties as a Polk County sheriff’s deputy, Billy Ray Nelson decided to turn his hobby into a retirement plan. He opened Hitch-N-Post BBQ five years ago, and it’s part restaurant and part antique store given all the tchotchkes hanging on the patio. I’m not sure how those items are selling, but the barbecue business is good.

I visited a couple months back. I was tempted by the burger on the menu, but I stuck with barbecue. Billy Ray had just left for the day, but I caught up with him over the phone to talked about old fashioned cooking, boudin balls, and his big break.

Daniel Vaughn: Did you grow up cooking barbecue?

Billy Ray Nelson: Yeah. I always backyard barbecued, and when I got into law enforcement we started doing cook-offs. I had a pit built and we’d go to cook-offs and charity events, and I got to liking barbecue and had a hankering to do something like this. I said someday I’d have a little old place like this, and here I am.

DV: Were you competing in those cook-offs?

BRN: Not really. It was more charity type stuff. I don’t measure my success in trophies. Each customer gives me a trophy when they say “Mmm. That’s good.” I’m just out for that person to walk up to my business and say that it’s good barbecue. I feel like every person who puts something in their mouth that I cooked is trusting me. It’s an intimate deal when someone consumes what I’ve prepared, and I don’t take that lightly. I’m hard on myself.

DV: How old were you when you first started cooking barbecue regularly?

DV: You’ve been at this a long time. Has it always been in East Texas, there in the Livingston area?

BRN: Uh-huh. I was born in Livingston and raised here. 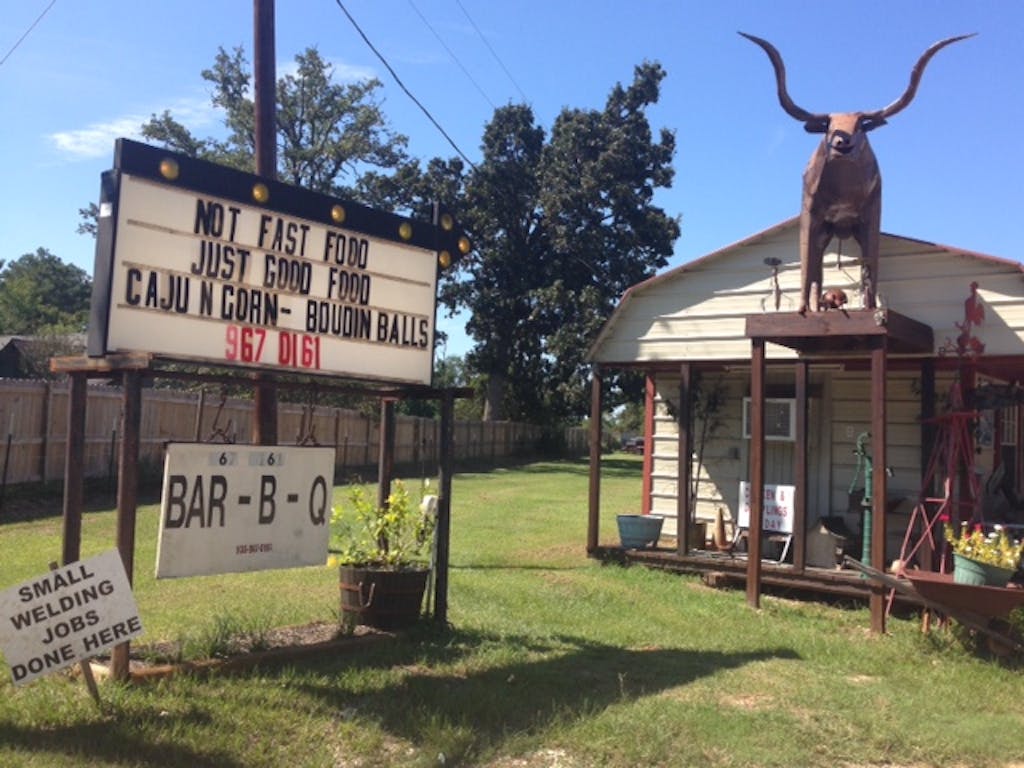 DV: You opened up Hitch-N-Post in 2009, so what did you do for a living before then?

BRN: I was in law enforcement. Mostly in Polk County and some in Harris County.

DV: Did your barbecue skills make you popular on the force?

DV: At what point did you decide to open your own place?

BRN: I retired and I always had this in the back of my mind, so I figured I’d give it a shot. What the heck. I remember sitting here a lot of days and I wouldn’t sell more than two sandwiches, but it grew from there.

DV: You’re tucked back there off the main road. How did you come about choosing that property for the business?

BRN: I owned this and I noticed the traffic on this road. It goes to the prison and it goes to the lake. I figured if I had a good product people would find me, and they have. 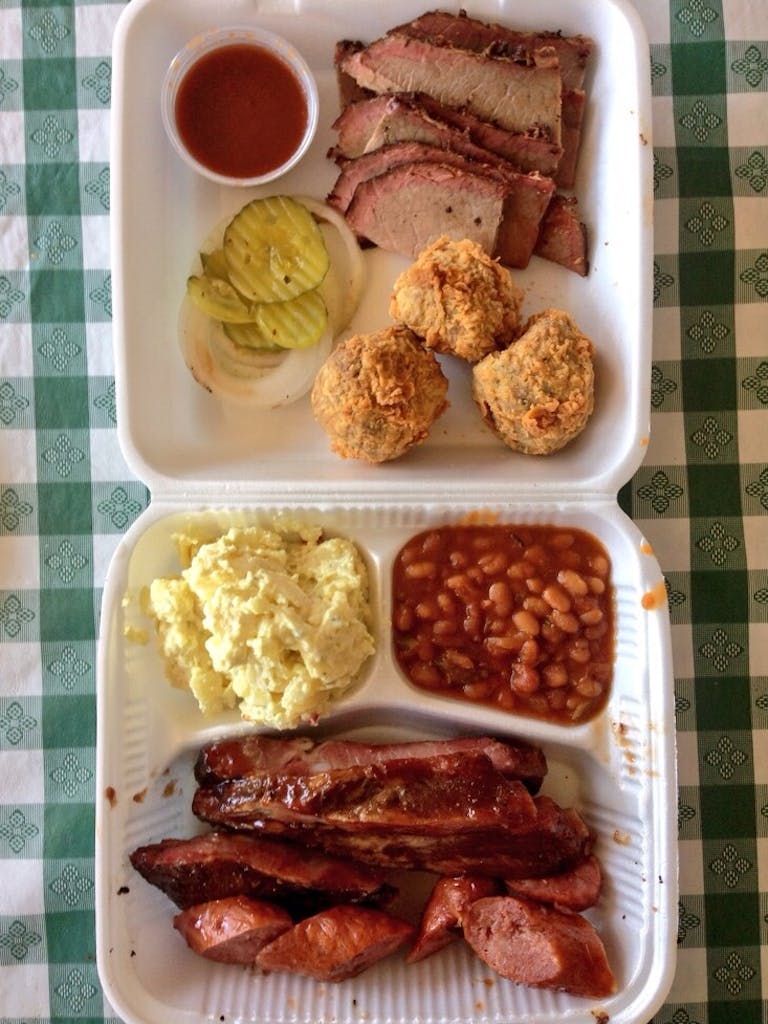 DV: How long did it take for your business to blossom?

BRN: Two years. You know there are so many places around that don’t do it the old fashioned way when you get up early in the morning, you go to bed late, and you cook with wood. So many of them use those electric cookers and gas cookers now. They’re beautiful briskets, but they just don’t have the taste to them.

DV: You think it lacks the smoke flavor?

BRN: Yes. Exactly. They put one stick of hickory or one stick of pecan, and it just doesn’t do it. Barbecue is a hard job. I start my mornings at 4:00am.

DV: What kind smoker do you have?

BRN: I guess you’d call it an indirect. I have a great big one. I can cook about fifteen briskets at one time.

DV: Is that how much you cook every day?

BRN: I try to cook every other day.

DV: Is that how you cook the entire menu?

BRN: I have a lot more than barbecue on the menu. People get tired of eating barbecue all the time, so I try to have different variety. I have hamburgers, onion rings, and French fries. 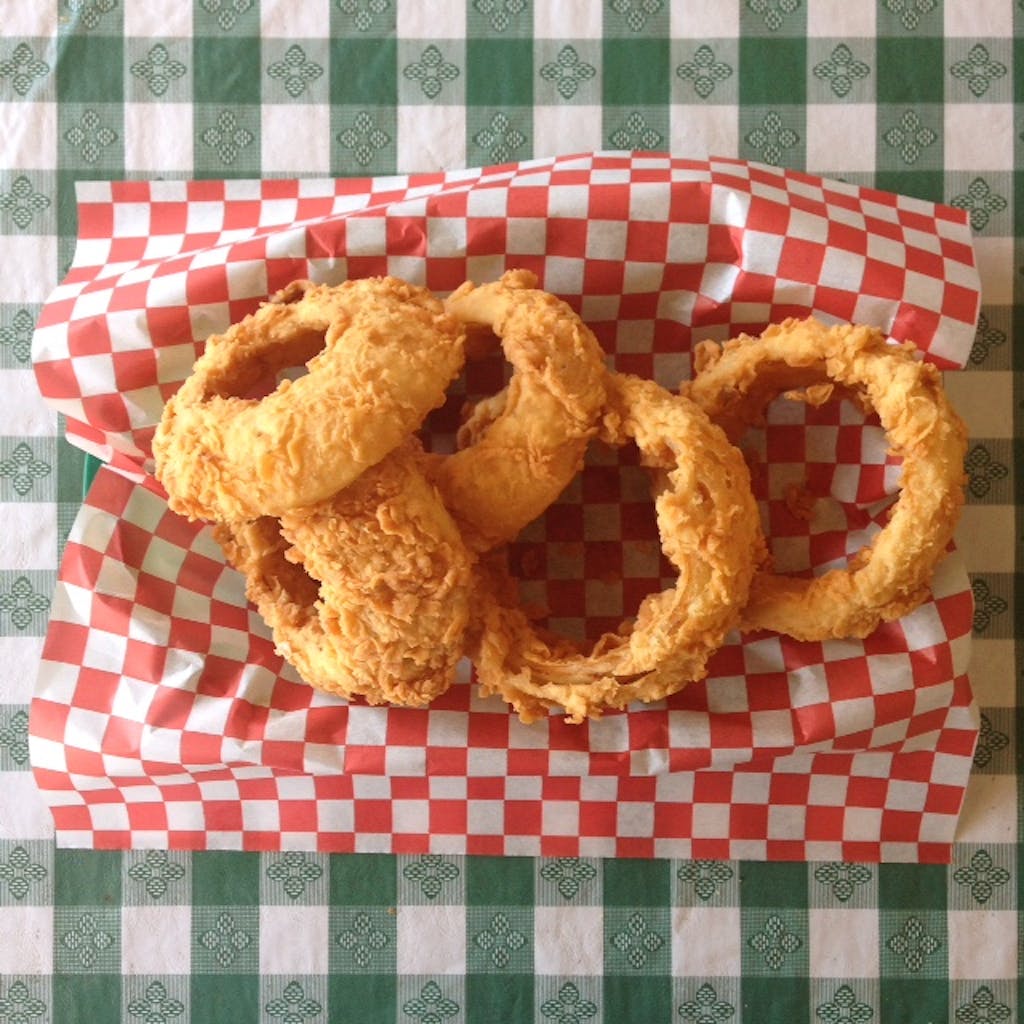 DV: Those onion rings were incredible, and you also have boudin balls that come out of that fryer. Is that a nod to Louisiana?

DV: Who else do you have working there with you?

BRN: My wife works here. She does all the baking and all the sweets. I also have two ladies that work here and help me. I used to do it all by myself, but we just got too big for that. I’m having to add on right now. 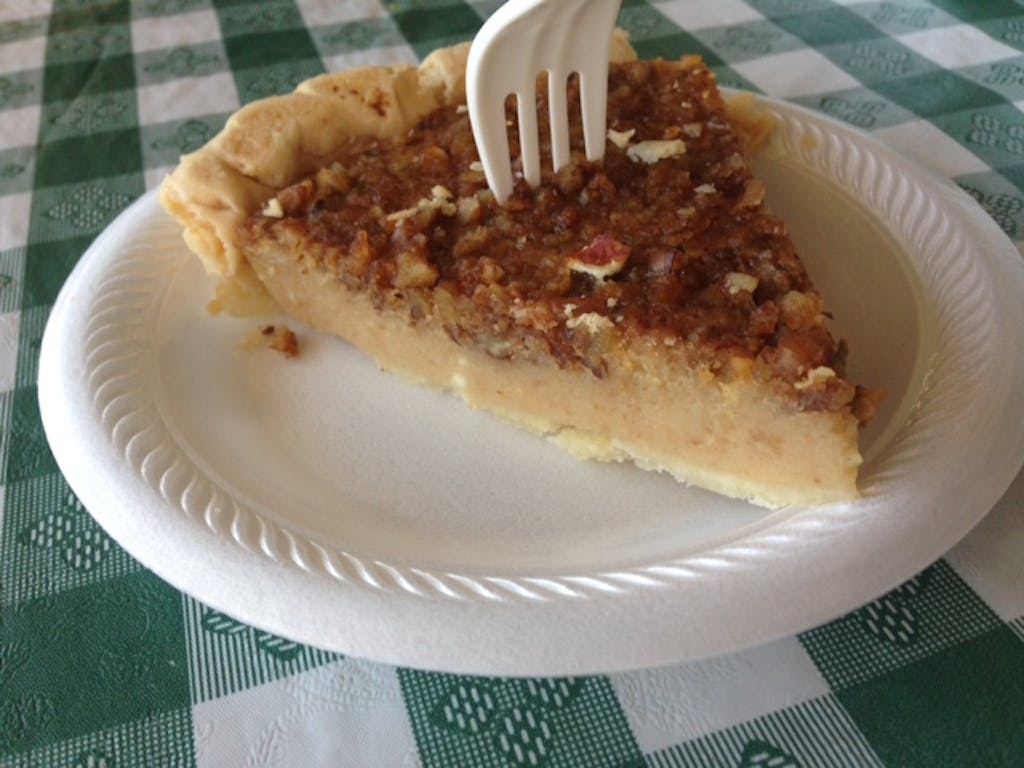 DV: Did the recognition from Texas Monthly help the business?

BRN: It really helped me. That has really been a big boost.

DV: What has changed?

BRN: There’s just more people coming out to look for us. There are a lot of people who follow your website and that barbecue trail.

DV: Do you remember how you learned that you made the list?

BRN: They kept calling me. I can’t tell you when I was judged or whatever. It was very top secret. I’ve guarded the president and it wasn’t this top secret. I didn’t really know about Texas Monthly before, but I do now. One day my daughter came home. She’s a school teacher and she saw it on the internet. She said “Daddy, did you know you’d made it in the top fifty in the world?” Then the TV station out of Lufkin called me for an interview. It hadn’t come out in the magazine yet. That week it was like an overnight success. It was a big deal here.

DV: Back to guarding the president, which one did you guard?

BRN: George Bush back when we had some flooding in our county.

DV: How much more barbecue do you cook now than you were before?

BRN: I cook about fifteen or twenty more briskets per week. I like to pick my own briskets out. I look at them, I feel them, I bend them. I don’t buy cases of briskets. I buy single ones. I’m looking for a particular brisket. It’s like judging animals at the stock show. I want it to be the best.

DV: Where do you shop for brisket?

BRN: Mostly at Sam’s and Wal-Mart. I have to drive seventy or eighty miles to Sam’s, but we do have a Wal-Mart here.

DV: Do you go out and eat other people’s barbecue?

BRN: I’ve been going to a bunch of those places that made the top. It’s been kinda like going to school. I’m still learning. You need to always improve.

DV: Which places on the list have you enjoyed?

BRN: Snow’s, Louie Mueller in Taylor, Lockhart, Cooper’s in Llano. The Salt Lick, and City Market in Luling. I love that sausage they make.

DV: Do you think you have a particular specialty on the menu?

BRN: I think it’s the ribs. Our hamburgers are great. I guarantee you that everything you get here is going to be good.

DV: I noticed another barbecue joint not far from your place. Florida’s Kitchen is on that same stretch of road.

BRN: A lot of people told me I couldn’t compete with them, even the banker. I’m not competing with anyone. I’m just trying to sell John Doe some good barbecue. I’m in it to sell barbecue.

DV: Did you get denied for a loan to open the place?

BRN: I talked to a banker and I was kind of discouraged, but I didn’t let that get to me. I just got a loan somewhere else. When you’ve got something you want to do, “no” don’t mean nothing to you. When one door closes, two more will open for you.

DV: Do you feel like you’ve got plenty of good barbecue years left in you?

BRN: You bet. I get to meet some very good people. I tell people I had a very stressful job in law enforcement, and the most stress I have now is whether someone wants pickles and onions on their chopped beef sandwich.