This isn’t so much a pitmaster interview as it is a discussion with a few Europeans who hope to learn the ways of Texas barbecue. Brian Patton is from Dublin, but he operates restaurants in Vienna, Austria. He is in Texas on a barbecue pilgrimage which is doubling as a research mission for his upcoming venture. By his side on this trip are Petr Matusny and Christian Petz. They are chefs in Austria who will be working with Brian to develop Vienna’s first barbecue joint. Before our meeting at Lockhart Smokehouse in Dallas they had been on a tour of J&R Manufacturing in Mesquite shopping for a smoker. They were determined to find the right pit for their barbecue joint, and they wanted to find it in Texas. They also wanted some tips on how to make good barbecue. I gave them a few, but I also spent plenty of time asking about a European country’s views on Texas barbecue. Then I added about a dozen barbecue joints to their itinerary. They’ll thank me later.

Daniel Vaughn: When are you planning to open this new venture?

BP: The full name is It’s All About the Meat Baby. Maybe we’ll call the barbecue place It’s All About the Smoke Baby. [laughing] We were throwing around names like Pitmeister, but nothing’s been settled on. The last name was for fun, so this one needs to be a bit irreverent.

DV: Where will it be located?

BP: Christian here is one of the best known chefs in Vienna. He has a restaurant called Holy Moly. It’s on a ship with a swimming pool on the Donaukanal. The restaurant will be right along that canal in the middle of Vienna.

Christian Petz: I cook anything. I buy whole animals. What would you call it, Brian?

BP: I don’t own the f—— restaurant. You tell him…Alright. I’ll tell you what he does. He’ll take tripe, beetroot and smoked eel and puts it inside homemade ravioli. He just does really f—– up s— that tastes lovely.

DV: Are people in Vienna going to be familiar with American barbecue?

CP: Well, I think it’ll be interesting to them. If it’s good, they’ll come.

BP: It doesn’t have the base that they have in the UK. Pitt Cue BBQ [in London] caused a huge shift in people’s perspectives toward barbecue [in Europe]. I certainly used to taste boiled ribs with sauce poured over it. That’s what we had when you saw spare ribs on the menu in Vienna. I was in London for a food show when I first went to Pitt Cue. I had eaten so much at the show, but a friend wanted me to go. I wasn’t hungry, so I took one bite. It was brisket. The smokiness was so incredible. I’d never tasted anything like it. That set the ball rolling toward my understanding of American barbecue. I’ve now been there three or four times. I think they’ve authentically recreated something special.

DV: I’m fascinated with the idea that American barbecue could become popular in multiple countries across the Atlantic. Do you see that happening?

BP: I think it will. We got a lot of attention this year for Meat Baby doing burgers. If we can manage to do a good job of this, I’m confident it will be well received.

DV: Are you here in the States to research menu items, get inspired about barbecue, buy a smoker, or all of that?

BP: Yeah, all of it. I don’t like copying stuff. These two here are very good cooks, so we’d like to interpret it in our own way. Christian was just saying today that pastrami would be absolutely fantastic.

CP: That’s traditional, no? Here in the States doing pastrami? We have a huge Jewish community in Vienna.

DV: Yes. You can smoke them and steam them. You can brine them or use a dry cure like Montreal style smoked meat. What else would you do besides pastrami?

CP: I think what we’ll do is make brisket and ribs in a traditional way, and then make some contemporary, modern, funky barbecue to go with it. People in Austria talk about barbecue, but they don’t really know what it is.

DV: That’s a bit ironic since we talk about how much of our state’s barbecue tradition comes from the Germans and Czechs that surround Austria.

CP: To them, barbecue is grilling. It’s totally different here.

DV: Is indirect smoking something that you find often in Austria?

CP: Yeah. There are all cuts of smoked pork both cold smoked and hot smoked. Speck is one of those. We eat a lot of our smoked meat cold. The other traditional way to serve smoked meat is boiled and served with sauerkraut or potatoes.

DV: What other directions will your menu take?

BP: Have you heard of Sandor Katz? He’s a fermentation expert. Christian is really into kimchi. We also want to do great mac & cheese. We were just looking at that amazing piece of machinery today [at J&R] and thinking of all the possibilities we’d have for recreating food.

CP: The most important thing is to get really good ingredients. Good meat is so important. Then there’s the technique.

DV: Do you normally get whole briskets in Vienna?

At this point we talked a lot about the importance of a good fire and how to create good quality smoke. They have much to learn.

DV: Let’s talk about your Texas itinerary. Where are you going to visit?

BP: We’re trying to go everywhere, but we have a limited number of days. We’re going to Franklin Barbecue tomorrow. The next day will be all around Austin. Then we got to Burnet for two days for a barbecue cook-off. Then we’ll come back to Austin. We want to go to la Barbecue in Austin and Snow’s. To give you some perspective on that side of the Atlantic, the buzzword has been “Franklin” everywhere that I research. La Barbecue has shown up as well, and Snow’s is another. We really want to see some rural places like Louie Mueller too.

CP: What would be interesting is for us to see a lot of different smokers.

BP: We would love the opportunity to talk to some pitmasters too. We’re grateful for anyone’s good will. To get near a pitmaster would be incredible.

DV: I think you’ll get that chance. When this venture begins, will you have any competition, or will you be the pioneers of American style barbecue in Austria?

BP: Absolutely. By a mile.

DV: Are there any backyard cooks with smokers?

BP: Not really. You can find Webers everywhere, but they do sausages, not anything that’s cooked for a long time.

DV: What is the German word for barbecue in the context that you would be cooking it?

DV: Is there a traditional barbecue sauce in Austria?

CP: It’s not really traditional, but mine is based on ketchup, chiles, sweet and sour flavors…

BP: You can also get Stubb’s barbecue at some grocery stores.

DV: What hardwoods would you use to smoke with in Vienna?

DV: Are there pollution concerns that you’ll have to deal with in Vienna?

BP: We have a permit that is difficult to get. It allows us to create smoke. We’re one of the only places in Vienna with a permit to cook over wood coals.

CP: As long as we don’t create more smoke than this year. [laughing]

BP: We learned quickly that you can’t do burgers over incredibly hot coals. You’ll get fires.

DV: Are there wood suppliers available? Is that a normal item for restaurants in Vienna to purchase?

BP: Not really. There are some wood-fired ovens for Italian style pizzas. I don’t know if they use the same kind of wood.

PM: I think they use hard wood.

DV: That’s puts you near so many of the sausage traditions that we’ve drawn from here in Texas.

PM: Mostly what you will find there is pork sausages.

BP: They have a sausage called a kasekrainer. It is f—— incredible. It’s a pork sausage with cheese through it.

A video of a kasekrainer stand in action

DV: What kind of cheese?

BP: The sausage stands in Vienna are also awesome. They’re cooked on a griddle plate and the cheese bursts and gets all burnt. I love it. They’re served on rye bread with spicy mustard, horseradish and pickled peppers. At the end of the night, if you’re a bit pissed, it’s the thing to do.

DV: [talking to CP] I see you grabbed a Big Red. That’s a traditional drink for Texas barbecue.

CP: Yeah. I heard about it so I tried it. It’s horrible. Too sweet. It tastes like bubble gum. 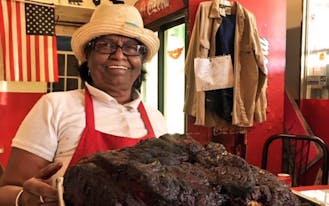 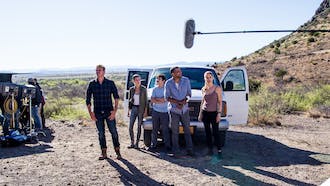 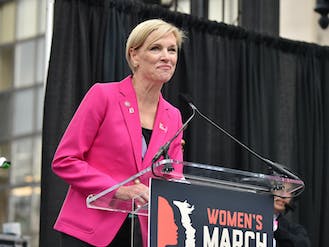