Back in 1978 Joycelyn and her then-husband Joel Kubesch were smoking meat at area parking lots on the weekends. They then moved into this current building around 1980. Joycelyn runs the place now, but the building looks like it came from another century. A tin roof over a clapboard exterior houses the main part of the building. Stacks of misshapen stones held together by thick mortar make up the walls of what looks like an addition where logs act as window frames. The screen doors don’t do much to keep the heat out, but it doesn’t really matter since there’s no air conditioning. The big steel warming pit just behind the counter doesn’t do anything to cool things down. On a hot day it’s best to get your order to go, which is what I did. 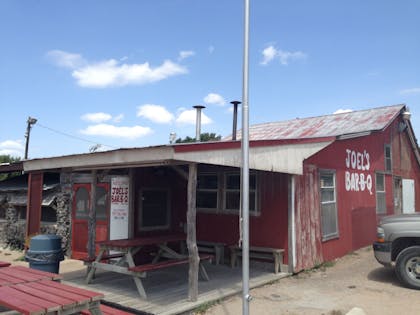 The brisket was as dry as it looked. It was also lean and over-trimmed, but the flavor was good and there was plenty of smokiness from the mesquite. It would probably make a good chopped beef sandwich. Ribs were just mushy meat and a couple of clean bones. The rub was mainly sugar with a little salt for flavor. Given the lack of smoke, they must have been wrapped for a considerable portion of their cooking time. That would also explain how they got so overdone. 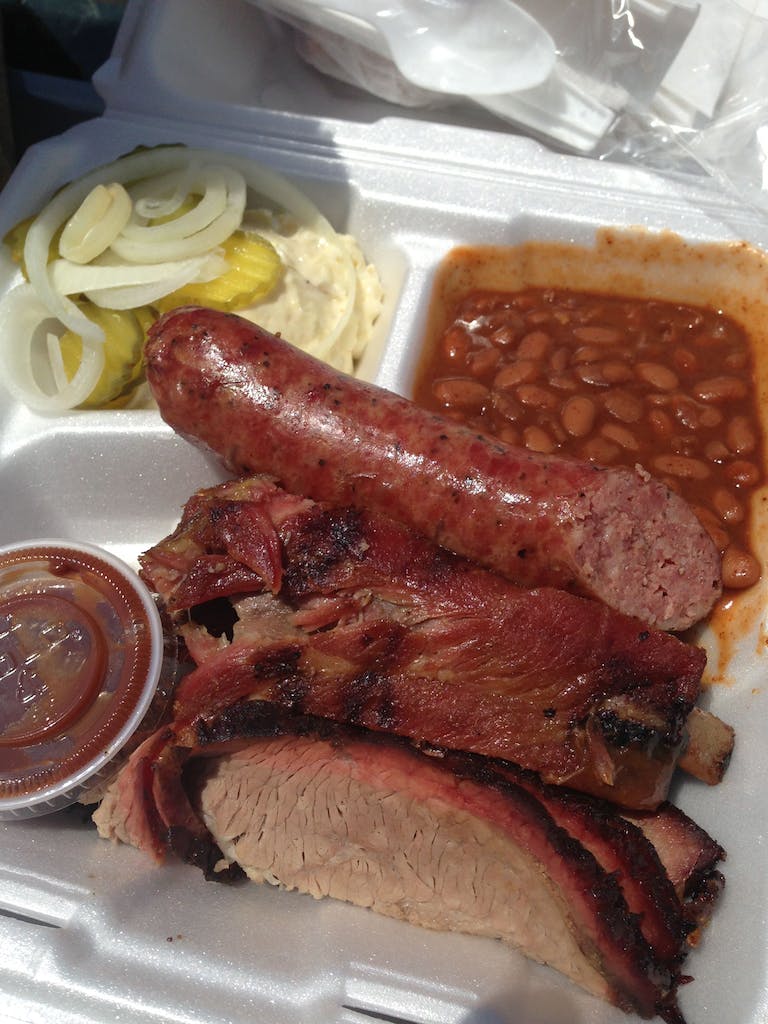 A beef and pork mix is used for their homemade sausage. It had plenty of black pepper and garlic, but it had barely a whiff of smoke. More time on the smoker would have given the casing a better snap too. Sides included simple baked beans and a serviceable potato salad. Luckily the homemade jerky was a good ending.

Joel’s convenient location along the interstate makes it a tempting stop. You can get a fine snack of jerky, a good link of sausage and probably a decent chopped beef sandwich too. I just wouldn’t travel too far if it’s ribs and sliced brisket that you’re after.