The seventh annual Elm Thicket/Northpark Juneteenth barbecue competition in Dallas is looking for competitors. It’s being held at the K. B. Polk recreation center, near Love Field, on Saturday, June 18. There’s no prize money, but, as organizer Virgil Lee told me, there are “bragging rights.”

For the amateur pitmaster, it could be a good way to get your feet wet in competition barbecue. There is one unique twist, however: No refined sugar allowed. That means virtually all commercial sauces would be against the rules, and even homemade sauces using white or brown sugar aren’t allowed. Lee noted that sauces made with natural sweeteners like fruits and honey are fine, but leave the bagged stuff at home. As Lee put it, “If you don’t know how to smoke the meat, you don’t know how to smoke the meat.” 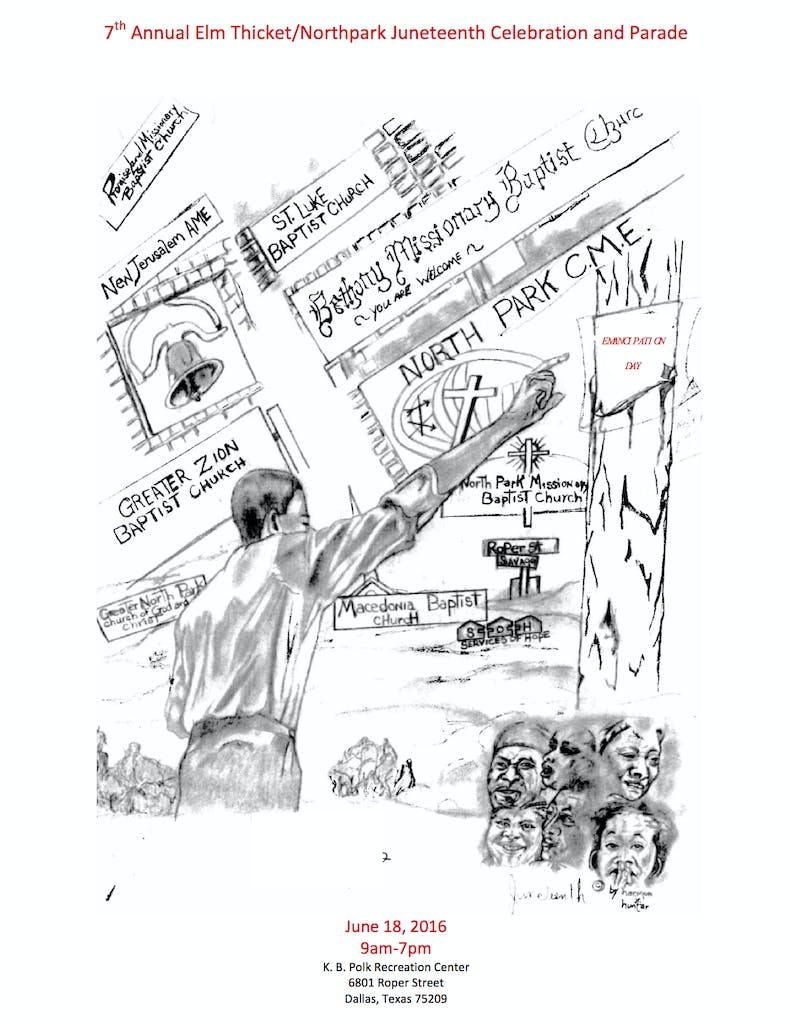 Miss Ernestine Moore took home the title at the first competition in 2009. She didn’t bring a fancy rig, but instead used one of the community grills already installed at the park. She won again in 2011. Given her barbecue prowess, Miss Moore is the designated final taster to break any ties in the competition.

Judging is based only on taste (look for the Slow Bone’s Jack Perkins at the judge’s table). There is no appearance score. The categories are familiar—brisket, chicken, ribs, and pork—but the pork can be any cut that’s not ribs. All competitors supply their own meat, but it must remain in the packaging up until the start time. Ribs and chicken are judged in the early afternoon, while brisket and pork, because of their long cooking times, aren’t judged until 4:00 p.m. If you need some cooking tips, it’s best to seek out Raymond Mays, the only competitor to ever receive perfect scores in all four categories.

The entry fee is simply the $15 fee charged by the rec center to use its facilities (the one-time fee allows you access to the rec center all year long). To enter, simply go to the K. B. Polk rec center this week and sign up. There is no website for the event, but it begins at 7:00 a.m. for competitors, and opens to the public at 9:00 a.m. The party goes until the winners are announced in the early evening. See the flyer above for more details.