Emilio Soliz began his barbecue career in a good spot. As a young man, he was the pitmaster at Two Bros. BBQ Market when they were named to the Texas Monthly Top 50 joints. Soon after, Anthony Bourdain visited and snapped a photo with Soliz—his reputation was on the rise. Then came a falling out with ownership that led to his departure, and Soliz and his wife, Christi, got a trailer of their own called Sweet Christi’s BBQ.

I was the only customer at Sweet Christi’s on a hot day in the middle of the lunch hour last year. Soliz was off his game, and his body language gave it away as he sliced the barbecue. “They don’t usually show up until 1:00 around here,” he explained, before checking his watch and noticing the magic hour had almost arrived. He shook his head, and I left the gas station parking lot as quickly as I could. He was a one man show inside a lonely trailer with a beat-up smoker.

But a month later, the couple had found a new building, a new name, and a new energy. 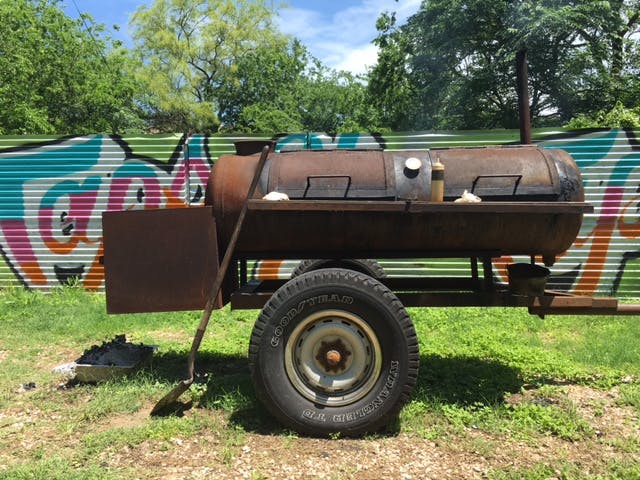 For King’s Hwy Brew & Q, the Solizes had a clear goal for the menu. “We wanted to push that San Antonio barbecue style, not just the Texas barbecue style,” he told me, calling the menu “Tex-Mex barbecue.” Of course tacos are represented. The corn tortillas, which come from a nearby shop, are tiny—but that allows you to get four for just $6, which includes a side. Soliz said the carne guisada is popular, but isn’t smoked. I opted for pork belly, which was smoky with a nice chew. The black pepper salsa verde pairs well with the taco, the chunky black pepper adding a bit of Texas barbecue flavor to the classic Mexican condiment. 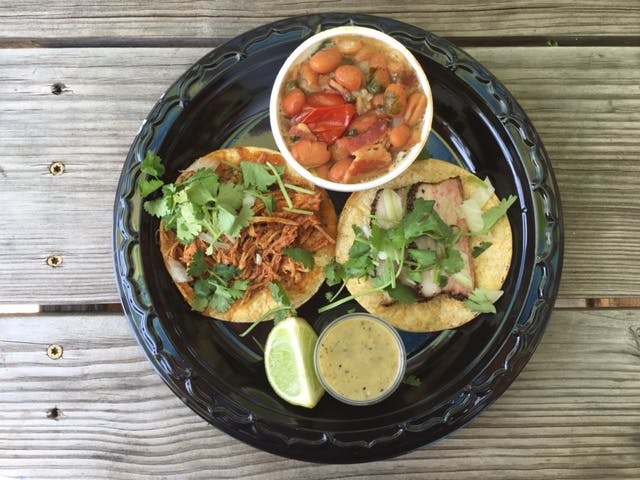 I also asked for a chicken taco assuming it would come from the smoker. The tangle of stewed, pulled chicken, obviously not smoked, was still great, and Soliz explained his rationale. At six-years-old he began helping his mother in the kitchen: “It was the first thing she ever taught me how to cook,” he said. That practice was evident.

The couple had just two weeks to open this place, which came fully furnished. They just needed to bring a pit and a new barbecue menu. Soliz wondered, “What else can we do besides tacos?” That’s when it hit him that maybe the old chopped beef sandwich needed a reboot, thus the barbecue torta was born. A torta is a sandwich on a bolillo (a white roll) stuffed with meats (like ham, shredded chicken, carnitas, and even hot dogs) and lots of toppings. Why we haven’t been adding Texas barbecue as a filling option after all these years is beyond me. 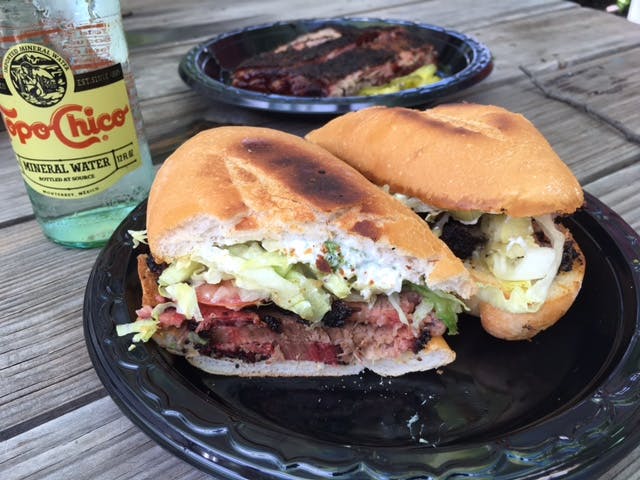 At King’s Hwy I got the brisket torta, which comes with sliced brisket, onions, tomatoes, lettuce, avocado, salsa, and sour cream. All that extra fat on the sandwich means that even lean brisket (like mine) tastes decadent. The same brisket on a two meat plate was good, and not overwhelmingly smoky like it was on a previous visit. Soliz retired his old reverse-flow smoker that had rusted through and found a sturdier replacement. It has helped the barbecue tremendously, but the brisket still needs more rest time to keep from drying out. Pork ribs were great, but none of the advertised sweet-tea glaze was apparent under all that black pepper. The pulled pork was nice and juicy, and made for a great filling in a barbecue grilled cheese. 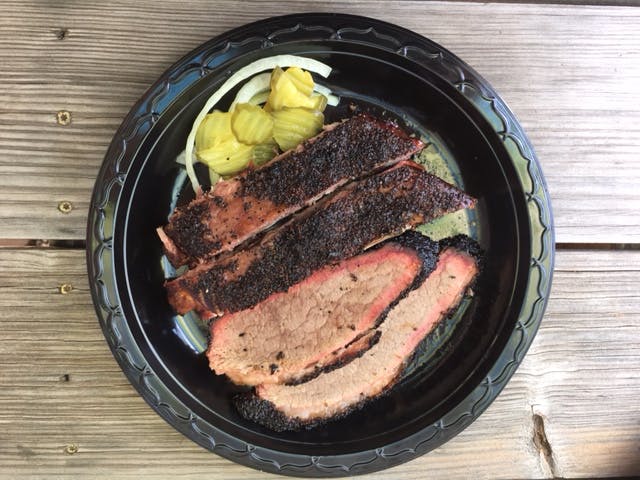 After talking with Soliz, my side items were set. “What most San Antonians serve at their house is rice, beans, and potato salad with their brisket,” he told me. His potato salad is a mayo-mustard version, made fresh every morning, with celery instead of pickles. Ask for the rice and beans as a half-and-half, and you’ll get a single cup with them already mixed. What better to go with your barbecue torta and tacos? 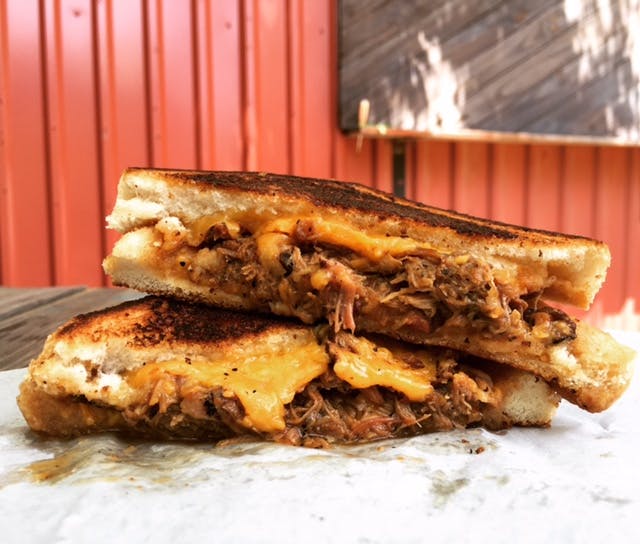 They’ve also got a brunch menu with items like pulled pork and polenta and brisket hash. I’ve only tried the hot brown, a sort of open faced sandwich with Kentucky roots, but this time using smoked turkey and queso. I’d come back for it, and most everything else. If you’re bored with barbecue, this is the place to find something new. It also might be that we look back to King’s Hwy Brew & Q as the place where the San Antonio-style of barbecue was born.